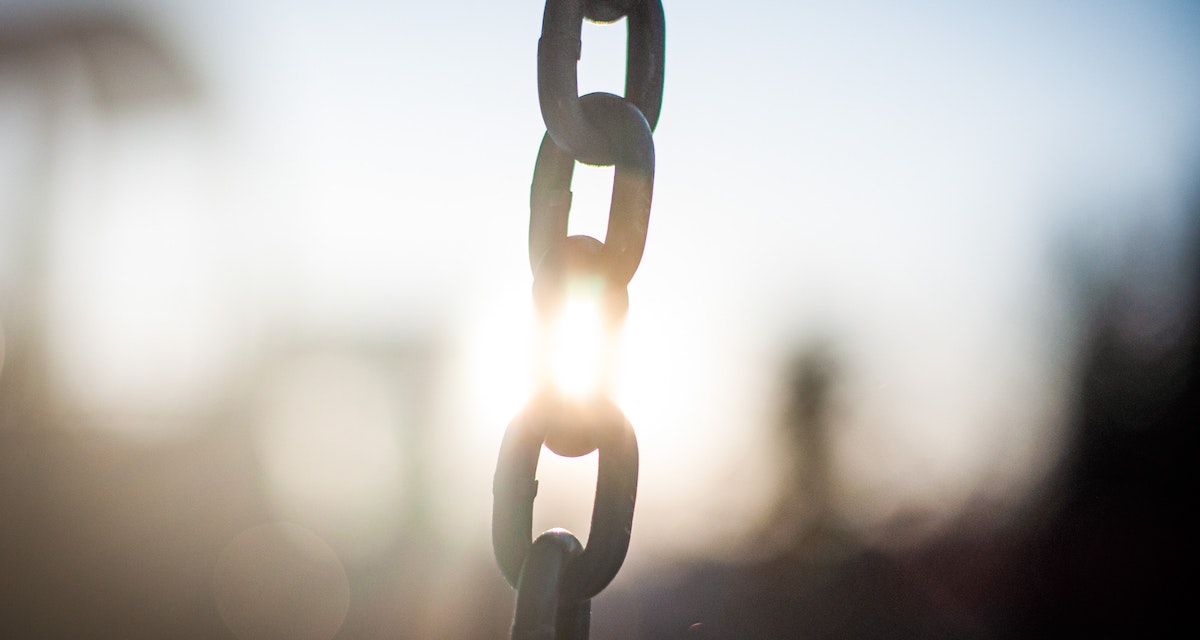 An Inside Look at Prison Life in America

Six years ago today, Lee became a free man after 13 years in a medium-security prison in Norfolk, MA, and the world was not the same as he’d left it. Phones had touch screens instead of buttons. TVs had apps instead of channels. And his beloved neighborhood was unrecognizable.

“I felt like George Bailey in It’s a Wonderful Life when, in a dream, his hometown of Bedford Falls turns into Pottersville,” says Lee. “There was a lot of dilapidation and boarded-up buildings. People looked older. While I was in prison, everyone was evolving, but I was still stuck in the year 2000. I had to go to therapy for that.”

“While I was in prison, everyone was evolving, but I was still stuck in the year 2000. I had to go to therapy for that.”

Now, like Lee, thousands of incarcerated people across the United States are being released early and are trying to make sense of a world they don’t recognize. Since the pandemic started, 21 states have taken action to release incarcerated individuals months before their sentences are up to reduce the spread of COVID-19 inside American prisons, where the coronavirus death rate is one of the highest in the country. As news headlines about the unwarranted use of solitary confinement and overcrowding shed light on a broken prison system, many are asking important questions about justice and mercy.

To gain access to the world behind bars, in the hopes of answering some of these questions, The Bell interviewed Prison Arts Scholar and Assistant Professor of Music Dr. Jamie Hillman and two of his former students. A few years ago, Hillman found himself in a unique situation. In the same semester, he taught Gordon student Daruenie ’16 and her incarcerated parent, Lee. Being in charge of the vocal program at Gordon and a professor in Boston University’s (BU) Prison Education Program, Hillman never imagined these two worlds would collide, but they did.

Hillman first met Lee at MCI Norfolk—Massachusetts’s largest state penitentiary—in 2012 when Hillman and his Ph.D. advisor taught the first-ever music appreciation class through BU’s Prison Education program. For two years, Lee took every one of Hillman’s classes, until he was released in 2014.

How to Stay Human in a Dangerous Place

Lee describes Hillman’s classes as an oasis. At Norfolk, Lee felt like he was in physical danger 80 percent of the time, but the classroom was a safe space. With 21 other incarcerated classmates, many of whom started out as strangers to him, Lee sang Gregorian chants and African American spirituals, wrote his own verse to Amazing Grace, and even journaled at length about the first song he remembered listening to as a child and the last song he wanted to hear before he died. “A lot goes on between those two songs,” says Hillman. “The questions are about music, but they dig much deeper. In their journals, men would write pages and pages.”

“The prison experience tried to drag me down. Tried to make me into an inmate—to take that part of me that wanted to remain human”

Having the opportunity to learn and be treated as a real student helped Lee hold onto his humanity in a highly toxic environment. “The prison experience tried to drag me down. Tried to make me into an inmate—to take that part of me that wanted to remain human,” he says. “The whole education program, and particularly the singing, were healing. Jamie helped me to be open minded and to accept new people and ideas.”

These ideas helped Lee build a bridge to the outside world and restore the relationship he had with his daughter, Daruenie, who was seven years old when he went to prison. She says, “There was part of my life where I used to pretend my dad was on a really long business trip. Nobody really questioned when I didn’t have stories about my dad.”

For most of elementary school and all of middle school, high school and college, Daruenie’s relationship with her dad consisted of occasional visits to Norfolk and a small fraction of a 15-minute weekly phone call—one she had to share with her mom and two older brothers.

Naturally, Daruenie talked about school, which had initially been more of a one-sided conversation, since like most adults, her dad hadn’t gone to school in a long time. But that changed when her dad started taking college classes at Norfolk. “As I got older, our phone calls got more fun because I got to hear about his classes,” says Daruenie. “He told me about a person who tried to pay him three dollars to write a paper, and we’d laugh about that wasn’t enough! Being in school at the same time was a much easier bridge point for us. It gave us common ground by which we could rebuild our relationship.”

“As I got older, our phone calls got more fun because I got to hear about his classes. He told me about a person who tried to pay him three dollars to write a paper, and we’d laugh about that wasn’t enough!”

For her entire life, Daruenie’s parents had told her that education was important. She was going to be a first-generation college student, but then during her senior year of high school her dad graduated with a bachelor’s degree while in prison. She says, “Seeing my dad as a student—doing homework and taking classes—was really helpful. I realized, ‘Hey, you actually stand behind what you say,’” even when that decision came with its own sacrifices for Lee and the entire family.

At the processing center in Concord, shortly after his sentencing, Lee had to make a difficult choice. He could either go to Gardener, which was close to where his family lived, or he could go to Norfolk where he could get a college education. “I’ll never forget that,” says Daruenie. “Going to Norfolk meant he’d be farther away from us.”

“I thought, 15 years, what am I going to do with that time?” remembers Lee. “I wanted to walk away from this experience with something good.”

Their worlds felt very separate. There were miles and a team of correctional officers between them, so you can imagine Daruenie’s surprise when she found out that she and her dad had a teacher in common. Even though Daruenie wasn’t a music major, she worked in the music department at Gordon for four years and sang in the Women’s Choir for two, which meant she crossed paths with Hillman every week. Daruenie didn’t tell many people about her family’s situation, but she says, “It was nice knowing that there was somebody at Gordon who knew a little bit more about my life.”

It didn’t bother Daruenie that Hillman knew her dad. After all, Hillman was someone who understood that an incarcerated person was a first and foremost a person—not someone defined by their worst moments. She didn’t want people in her life to hear the term “former prisoner” and miss out on getting to know her dad. After all, her dad was the person she could talk to about her mental health, and he was the one willing to drive her to and from her parents’ home for some family time even when it involved going three hours out of his way just so that Daruenie wouldn’t have to drive herself. “I don’t drive to this day because driving causes me a high deal of anxiety,” says Daruenie. “But my dad will come pick me up. Half of my bonding time with my father are those car rides.”

Since his release, Lee hears “You don’t look like someone who has been to prison” all the time. It’s really a complement steeped in prejudice—a prejudice that often exists in society against someone who has committed a crime or has maybe even been wrongfully imprisoned.

“When you look at systemic racism, over-incarceration and inequality, these men really should have the opportunity to change their lives. This is the gospel. God gives us second chances and God forgives.”

And this prejudice—like all prejudice—can often prevent us from doing the right thing, like providing a college education to an incarcerated person. “If I was a family member of a victim and I was seeing the man who committed their crime have access to a degree program like this, would I be happy?” asks Hillman. “Probably not. But when you look at systemic racism, over-incarceration and inequality, these men really should have the opportunity to change their lives. This is the gospel. God gives us second chances and God forgives.”

Whatever our personal beliefs, the reality is that 95 percent of incarcerated people rejoin our communities at some point. Lee says, “One day they’re going to be my neighbor, your neighbor or someone’s neighbor. And we want to know that the person who’s going to be our neighbor is someone who did the right thing while they were in prison to improve their situation, their life and their way of thinking.”

Of those 95 percent, the Prison Studies Project reports that 70 percent will commit a new crime and half of them will return to prison with three years of their release date. But rates of recidivism go down by almost 50 percent when a prisoner has had access to college-level courses. And according to the Lumina Foundation, states save four to five dollars in incarceration costs for every dollar spent on prison education (excluding taxes, reductions in benefits use and civic contributions).

Despite the economic, societal and personal benefits, only six percent of the incarcerated population (roughly 2.3 million people) have access to college classes in 2020. Lee was fortunate enough to be one of them.

“Education has the power to keep people from returning to prison. The punishment alone is not going to do it, but education can really change a life.”

It’s this disparity in privilege that separates prisoners from non-prisoners in the first place, explains Hillman. In listening to stories of his students’ childhoods, he quickly realized that any of us could be in the situation many incarcerated people are in—if we were raised by different parents, grew up in a different neighborhood or were born with a different skin color. He says, “I think I would be in the same situation—if that was my home life, the level of poverty I was living in, or the oppression I was under. And yet education has the power to keep people from returning to prison. The punishment alone is not going to do it, but education can really change a life.”

Note: Lee’s and Daruenie’s last name has been withheld from the story to maintain confidentiality.

← Peace in Politics: How to Have Fruitful Dialogue Across Party Lines
An Enduring Legacy of History at Gordon →