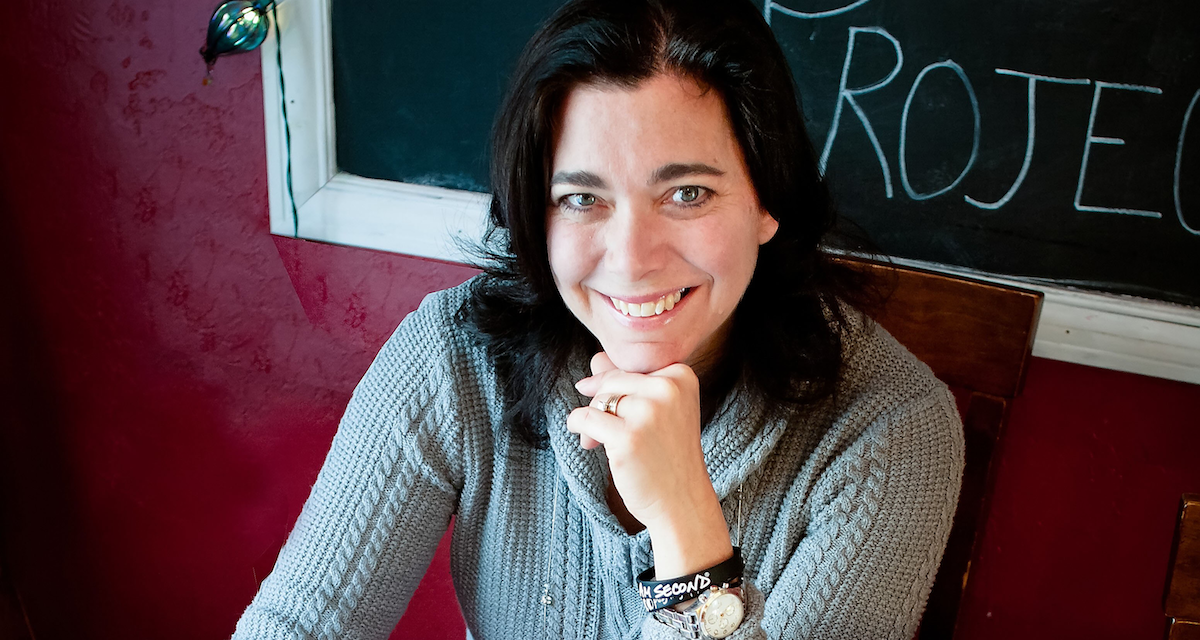 When Andrea Polnaszek ’94 witnessed a four-year-old boy see trees for the first time thanks to his new glasses, she was convicted. It felt like a modern version of the miracle in Mark 8, when Christ Jesus touches the blind man once to make him see partially, then again to see fully. “I believe the Church is the answer to our country’s and the world’s social issues,” she says with confidence.

The professional therapist and her husband founded Touched Twice United in 1996, with a mission of “meeting human needs in Christ’s name” by utilizing skills within church congregations. Their nonprofit provides free clinics featuring services from optometry and dentistry to haircuts and clothing distribution.

“Touched Twice was really born from the idea of touching people once to meet their physical needs, and then looking for an opportunity to share the gospel, which is forever a change,” she says. “Your tooth will hurt again, your glasses will break, you will be hungry again, and God is the only thing that will completely satisfy.”

Groups who volunteer at the clinics extend their reach beyond physical needs by demonstrating love and care. “Touched Twice is a ministry where I could touch someone and then trust that God would do the other parts of it, and that the person would ask, ‘Why are you actually bending down to look me in the eyes and pay attention to who I am?’” she says. “For me, it’s ‘Because Jesus first loved you, and he first loved me, and I want you to know that.’”

With overwhelming demands for Touched Twice’s services, Andrea says many organizers grow overwhelmed. Resonating with the exhaustion, Andrea turned her attention in 2011 to her tired volunteers and developed The Elijah Project, a workbook based on God’s provision of rest for Elijah in the Bible.

“People grabbed hold of the idea,” she says. “Not just the Bible story, but the application of, ‘How do I do that in my work . . . so that I’m healthy and opening myself to let God heal all of me, so that all of me can be used?’”

The biblical message of The Elijah Project reached an even wider audience when Andrea’s Hollywood filmmaker sister and brother-in-law requested her help writing a faith-based film. Carefully assessing her audience and aiming to create a relatable, female-driven story of Christian faith in everyday life, Andrea incorporated the workbook into the 2015 film, Catching Faith, which streamed on Netflix for a time and was distributed in Latin America.

A little boy receiving glasses and seeing trees was just one in a series of critical moments as Andrea followed her ambition to address the world’s social needs. Although she did not realize it at the time, she says, her Gordon education equipped her with a transformative worldview that would inspire empathy and a passion for service.

“No work,” Andrea says, “will have more cause than the cause of Jesus Christ.”