The votes are in, and the new 2015–2016 Gordon College Student Government has been decided. More than 1,000 Gordon students participated in the March 3 election, marking the largest turnout in GCSG election history. Congratulations to the winners! 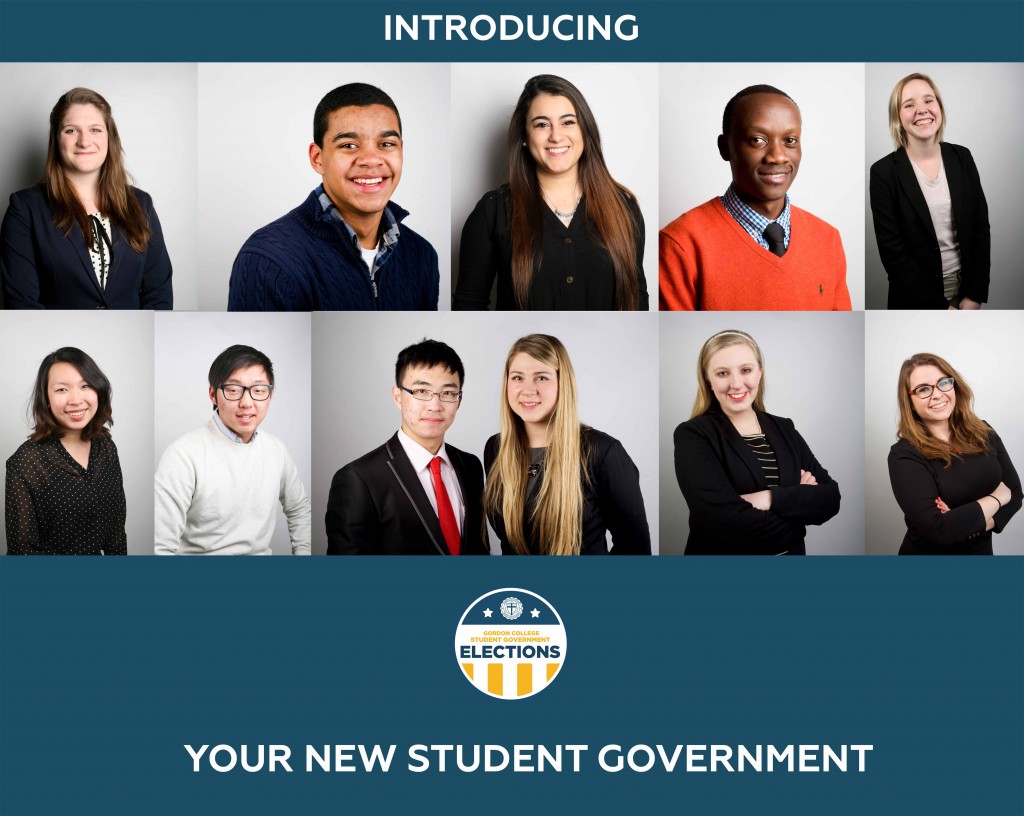