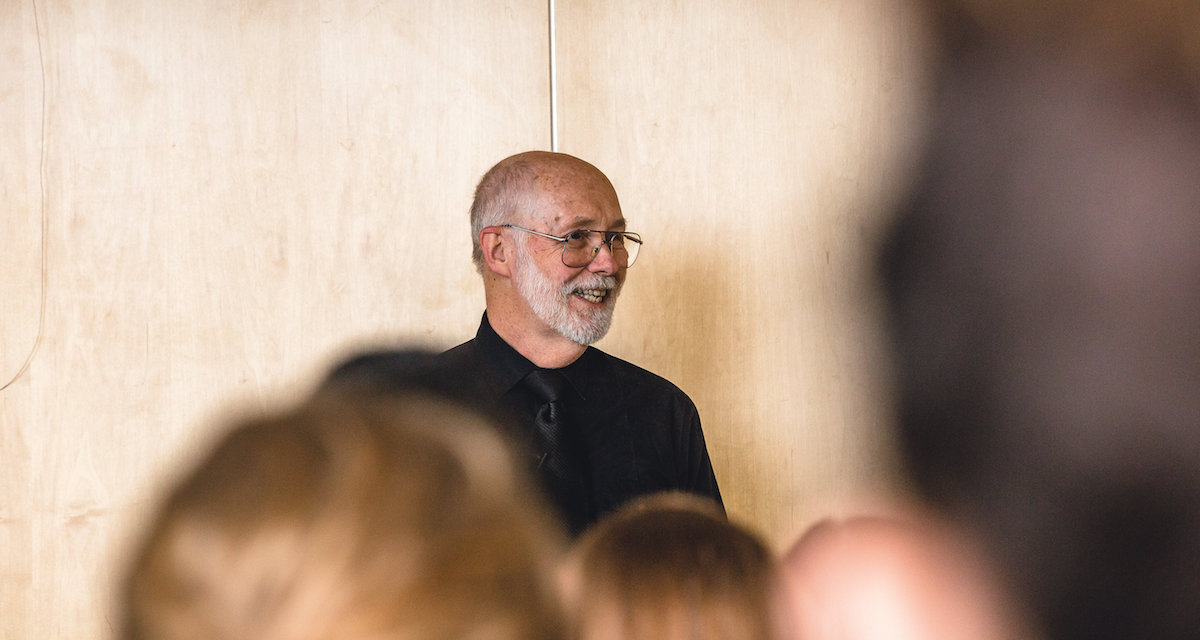 Bringing Forgiveness into the Psychological Canon

Twenty-one years ago, Dr. Everett (Ev) Worthington was told that his 76-year old mother had been murdered during a house robbery the night of New Year’s Eve—just six years after he began to devote his work to the psychological study of forgiveness. Then, more tragedy came in 2005 when Worthington’s brother, haunted by the image of his mother’s death, took his own life.

“There are a number of ways we can respond to injustice,” Worthington said, addressing the Gordon community during the Franz Lecture that took place this week on Tuesday, March 20, sponsored by the Social Sciences Division and the Psychology Department. Of these responses from revenge to forbearance, Worthington, a counseling psychologist at Virginia Commonwealth University, came to talk about forgiveness in a lecture titled “Helping People Reach Forgiveness in Every Willing Heart, Home and Homeland.”

After learning of his mother’s murder, Worthington knew that forgiveness would be his response to the injustices he had experienced—and so he found himself using all of his forgiveness research on himself.

As a Christian, forgiveness was an inevitable extension of the divine grace offered unconditionally by God himself. And after his meta-analysis of over 1,000 articles on the subject, it was something he knew had far-reaching benefits to the health of the mind and soul. When we don’t forgive, Worthington said, we ruminate over issues like a cow chewing its cud. This often leads to depression and anxiety.

Forgiveness can also spur changes in one’s proclivities. According to his scientific findings, Worthington has found that forgiveness study participants often report positive changes to their own personality after forgiving someone.

Based on his research, Worthington created a forgiveness method called REACH. In following this method, participants are instructed to acknowledge and Recall the hurt, Empathize with the person who has wronged them, treat forgiveness as an Altruistic gift, Commit to their choice to forgive, and Hold onto their commitment, even when they find themselves doubting it.

Even if forgiveness is hard to achieve initially, Worthington explained that his research and personal experience shows, “the more time people spend trying to forgive, the more success they have.”

In fact, forgiveness research may just pave reform in the psychological community—it has proven more efficient than some of the traditional psychological therapies. For example, Worthington’s research has shown that if someone participates in a six-hour forgiveness group that there is about “six-tenths of a standard deviation toward forgiveness,” which Worthington reveals is “about half the change you get in going through 26 weeks of cognitive behavioral therapy for depression.”

Although many of the study participants join these groups for the purpose of forgiving someone, they experience other changes. Participants found they were less depressed, less anxious and more hopeful.

This is why Worthington has made all of his forgiveness resources and research available. He wants to equip people to forgive without needing to seek out the help of a psychologist and sit through 26 weeks of therapy, not that he’s opposed to it. He believes that we’re all capable of forgiveness and that sometimes all we need is a little guidance.

But even this new to the scientific community. In fact, forgiveness was—in the words of Dr. Kaye Cook (psychology) who introduced Worthington before the lecture— “originally seen as an anathema to psychology.”

Yet, much has changed because of Dr. Ev Worthington. Cook explained, from her perspective, that through his work and students “Ev has virtually singlehandedly introduced psychology to the study of forgiveness…but it is now part of the canon.”

The Franz lecture series is named in honor of the late, beloved professor David L. Franz who taught history at Gordon for forty years and started the European Seminar, which grew into Gordon’s Orvieto and Balkans study abroad semesters.