Posted on December 8, 2014 by collegecomm 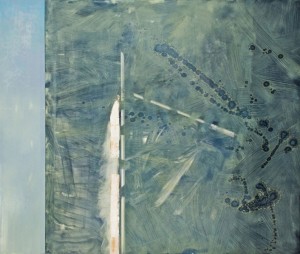 “Unlike speculative philosophy and secret religions, the good news of Christ is remembering—especially at this time of year—how he made his dwelling with and among us: that God subjected himself to the very conditions of human existence.”

December in New England can be bleak: gray skies, bitter cold, barren trees. Yet when the Sun glistens on the ocean or shines its light on freshly fallen snow, even the saddest of souls can be stirred to hope.

For centuries, people have found the Sun an irresistible image for representing what is highest, truest and most pure. Plato evoked the image of the Sun to communicate what the Form of the Good is like: the cause of generation and growth, its power makes other things knowable, but itself is beyond knowing. Yet, Plato argued, one could know the Form of the Good only indirectly through the use of logic and reason.

Likewise, the Greek philosopher Plotinus likened the source of all—the One, the Good, Life, Intellect, the Real, Divine Mind—to the Sun. To him, knowledge of the Sun was the source of all purity and being and could be grasped only through mystic insight. During the first centuries after Christ, a mystery cult of Mithra sprang up in which, by means of secret rituals, it was said one could lead one’s soul through the seven planetary spheres back to the place of abundance and light—the Sun. The god Mithra was likened to the Sun and solar events marked special religious holidays, especially the ‘date’ of Mithra’s birth, December 25th.

Whether logic and reason, mystic insight, or secret religious rituals, people throughout history have used a variety of means to seek the source of true life and light according to ancient religions and philosophies. It seems as if human beings are wired for such pursuit. For those who hold to the traditional Christian message of the gospel, though, the true life and light of humanity was not a philosophy or an insight or a ritual, but a man who lived among his people. His name was Jesus. And each December we celebrate his birth into the world.

The gospel writer John described him this way: “In the beginning was the Word, and the Word was with God, and the Word was God. He was with God in the beginning. Through him all things were made; without him nothing was made that has been made. In him was life, and that life was the light of men. The light shines in the darkness, but the darkness has not understood it.”

When Christ came, the light he brought, John says, was not understood. The Greek term used here is katalambano, which means “to comprehend, take possession of, grasp, or get a handle on.” In other words, that which John described as the source of life and the light of men is beyond our ability to get our heads around.

Yet, because light itself is such a powerful, life-giving force, it is also a helpful metaphor here, revealing to us a glimpse both of the humanity of Christ’s life and of his divinity. Just as we cannot imagine life on earth without the energy of the Sun, we cannot imagine a world where the light of the gospel hope was not born anew each year at Christmas. Indeed, the person of Jesus Christ—the man who so radically shaped human history—is the light of life who also inspired millions through bleak periods of their lives—and still does.

Unlike speculative philosophy and secret religions, the good news of Christ is remembering—especially at this time of year—how he made his dwelling with and among us: that God subjected himself to the very conditions of human existence. It is by living in the light of his testimony and Spirit that we can come to know the source of abundant life.

The epitaph on the tombstone of Joseph von Fraunhofer of Bavaria (1787–1826) reads, “He brought closer the stars.” Von Fraunhofer was the father of spectroscopy, that scientific process that allows us to determine the chemical composition of distant stars by analyzing the light which shines from them. By studying light, distant worlds are brought close. It would be fitting to say that Jesus brought closer the light and life of heaven, and that in studying him, we can know true life.

This December as the Sun casts its brilliance across our lives, may the Christmas light guide us again, no matter how bitter cold or dark the world may seem.

This essay by Dr. Greg Carmer, dean of Christian life and theologian-in-residence at Gordon, was featured in This Gordon Life: Essays in Honor of Jud and Jan Carlberg (2011), page 291.