Globalization, Technology and Inequality in the World of Business 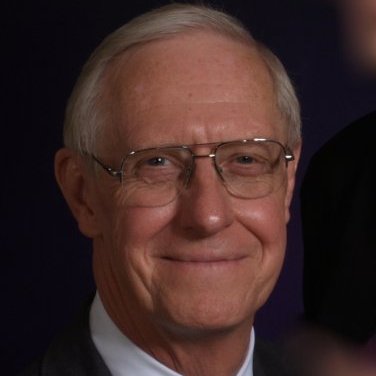 “It may be helpful to put where we are today in a historical perspective,” said Dr. Joseph McKinney in an address to Gordon faculty, staff and students.

“It is said that if we had a time machine that could transport a person from the time of Christ to the time of George Washington, that person would notice little difference in modes of transportation and communication or how goods were produced.

“However, if you were to take a time machine from the time of George Washington to present day, he or she would be in an entirely different world.”

Despite suffering from a mild case of laryngitis, Dr. McKinney of Baylor University’s Hankamer School of Business delivered the annual John D. Mason Lecture to discuss matters of “Globalization, Technology and Inequality in the World of Business” last week.

As the College prepares to celebrate the 50th anniversary of its Economics and Business Department, Dr. McKinney dedicated his lecture to its founder and his close friend, the late John Mason for whom the lecture series is named. McKinney noted how “distinct of an honor it is to give the John Mason memorial lecture this year; to give a lecture in honor of my good friend … is particularly special to me,” perhaps especially with Dr. Mason’s wife in attendance.

Dr. Bill Barker, director of the Center for Faith and Inquiry, also remembered his former professor Dr. Mason fondly: “Like many, I remember his saddleback shoes and bowties and how difficult his microeconomics class was for at least one college freshman. I also remember his passion for economics and the world of faith in his discipline—he was truly a legend in his own time.”

Harkening to one of Dr. Mason’s interests—researching how economics can alleviate poverty around the world—Dr. McKinney’s lecture emphasized the relationship between globalization, technology and inequality, and explained why it is important for Christians in particular to understand these correlations.

McKinney’s answer to problems like hyperglobalization stemmed God’s concern for the poor. “As Christians, we can join international advocacy groups such as International Justice Mission, working to minimize activity like trafficking and inequality,” but added that “Christians should be heavily involved in encouraging through political process policies that protect the poor.”

Dr. McKinney concluded his lecture by highlighting the responsibility Christians have to give each person the opportunity to find his or her God-given potential. “By doing so we would honor the memory of John Mason, who like his Lord, had genuine love and compassion for all people.”