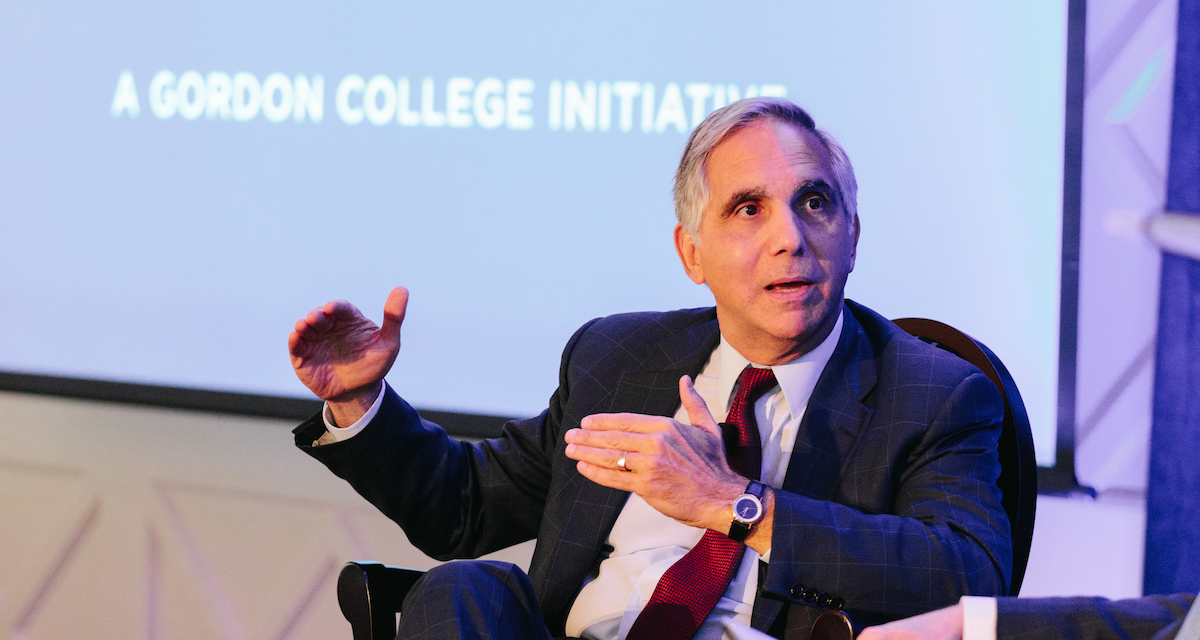 Gary Gottlieb, CEO of Partners in Health, was the featured guest of the quarterly CEO Colloquium presented by Gordon College at the Four Seasons Hotel in Boston, June 15. Before entering into a discussion on the ethics, politics and mission of his work with Gordon President Michael Lindsay, Gottlieb was introduced by the host, President and CEO of Hallmark Health Alan Macdonald, who called Partners in Health “one of the most giving, caring organizations in the world.”

The Colloquium was an opportunity for Boston-area business leaders to connect with their peers and glean wisdom from Gottlieb, a seasoned leader, himself. Addressing his audience in an analysis of how the psychiatry field has changed in America, Gottlieb praised advancements in neurological research due to ever-improving technologies, but also noted the stigmas surrounding mental illness, evidenced in the “horrifying underfunding of mental health services both on the commercial and public service side, and therefore the inhumane treatment of people with brain disease who are pretty much the same as us.”

In a similar vein, he discussed the ethical dilemma he’s faced at Partners in Health, offering medical services to poor countries. The problem is, he says, “how socialized we’ve become to scarcity,” delivering services when inadequate resources make it uncertain whether the funding and supply for those services will remain, and knowing that the provided services in those places should be of a higher caliber. “To some extent, one of the deficits of global health and foreign policy is that we’ve somehow accepted a very low baseline of what’s acceptable for people born with the (wrong) ZIP Code.”

Gottlieb explored the importance of the Affordable Care Act, the intersection of health and politics and the detrimental state of healthcare in the United States: “Healthcare is complicated,” he said with a chuckle. “Who knew?”

But future doctors and future technologies, Gottlieb believes, offer hope for the issues that plague public health. Precision medicine, he says, will be “transformative” with detailed scans providing valuable data that allows personalized analysis of what, exactly, is unique to the individual.

And the people who are beginning to lead and go into medicine are extraordinary, he says. “They’re brilliant. The data they have available to them because the United States has invested in the best scientific enterprise of healthcare in the history of the world, that it needs to nurture and increase and some other associated investments, which have made Massachusetts very rich… those advances in those young peoples’ hands, with their aspirations to be able to make real, transformative change, is breathtaking.”