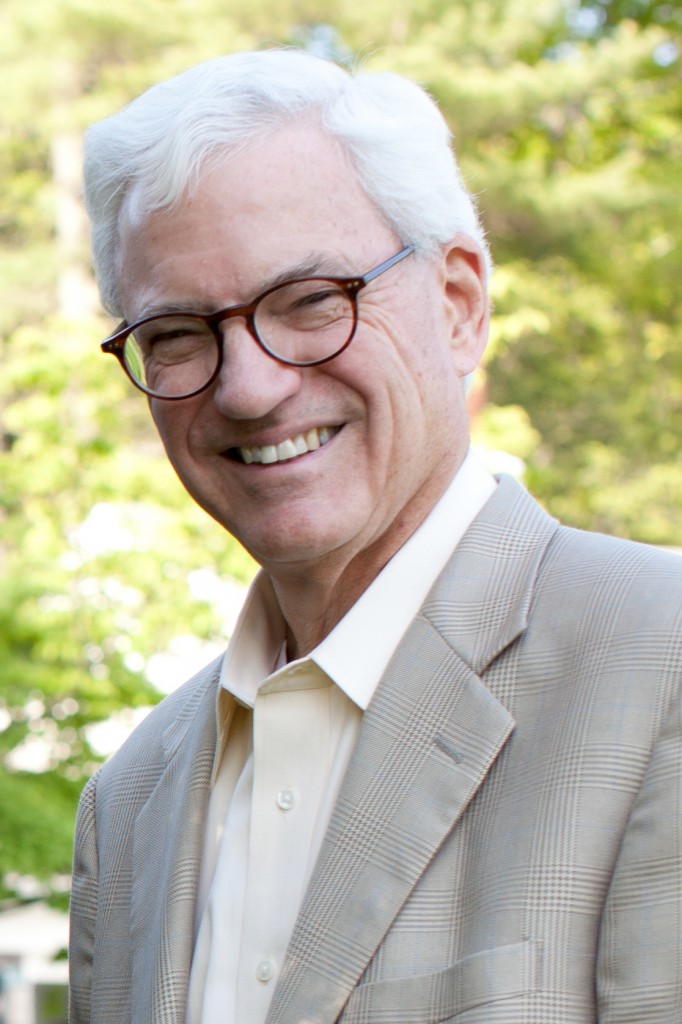 R. Judson Carlberg, who served Gordon College for 35 years, including nearly 20 years as its president, died early Thursday morning, November 20, at the Kaplan Family Hospice House in Danvers, Massachusetts, after a battle with cancer. He was 74.

Born in 1940 in the mill town of Fall River, Massachusetts, he was the son of a Baptist pastor, and named for the missionary Adoniram Judson. With an undergraduate degree from Wheaton College (Illinois), a divinity degree from Denver Seminary and a Ph.D. from Michigan State University, he joined Gordon in 1976 as dean of faculty. From 1990 to 1992 he served as senior vice president for development, and in 1992 was inaugurated as Gordon’s seventh president.

He brought to the presidency an expansive view of Christian vocation, a keen intellect, sharp wit and an unpretentious and transparent personal style. “Jud Carlberg was a giant in the field of Christian higher education,” said Gordon President Michael Lindsay, who succeeded Carlberg in 2011. “He also had a formidable influence within the wider academy.”​

“Jud genuinely reflected the institution he led,” said Stan Gaede, Gordon College scholar-in-residence and longtime friend. “Like the College, he kept growing and learning, not in spite of what he believed but because of it. Like the College, Jud was more interested in living the core of the gospel than straining at gnats. In his leading Jud was always a learner.”

According to Peter Bennett, former chair of Gordon’s Board of Trustees, “Jud had the ability to analyze things in great detail, to listen to those around him, and then to make his own decision.”

“I have watched him strengthen Gordon in virtually every way,” said Duane Litfin, former president of Wheaton College, “often through innovative strategies that set the pace for the rest of us.”

Dr. Carlberg was, in the words of Tom Phillips, former Gordon board member and Raytheon CEO, “the architect of a full-campus transformation.” The many building projects completed during his vice-presidency and presidency include A. J. Gordon Memorial Chapel, Bennett Athletic and Recreation Center, Barrington Center for the Arts, Phillips Music Center and Ken Olsen Science Center.

Along with these new facilities came equally transformative growth in faculty appointments, programs and cultural engagement. During Dr. Carlberg’s presidency, global education expanded significantly. In a subculture that has historically been suspicious of the arts, Carlberg was an enthusiastic supporter of music, theater and visual arts at Gordon. “He had an instinct for truth, an eye for beauty and a heart for mystery,” said Bruce Herman, Lothlórien Distinguished Chair of Fine Arts at Gordon.

Those qualities also meant that Dr. Carlberg saw no division between Christian faith and rigorous scientific inquiry; he served as board chair of the BioLogos Foundation from 2012 until shortly before his death. “I consider it a great privilege to have had the chance to get to know Jud Carlberg, not just as a colleague, but as a friend,” said Dr. Francis Collins, director of the National Institutes of Health. “This godly, thoughtful, visionary man served ably as chairman of the Board, helping in countless ways to share the good news that science and faith are wonderfully complementary ways of understanding God’s creation. I will miss him deeply.”

Denver Seminary President Mark Young said of Carlberg, “There was little doubt that Jud’s voice was the most respected in the room, a status well-deserved. But there was an undercurrent of safety in his razor-focused questions and perfectly placed pearls of wisdom. Jud willed me to trust him by the sheer strength of his person. And I did. I trusted him to do what was right and noble and above reproach.”

Mark Sargent, who served for 15 years as Gordon’s provost during Carlberg’s presidency, praised his capacity to help others live into their Christian vocation. “Jud gave me considerable freedom to flourish, and he walked that road alongside me with humor, dignity, and joy.”

It’s an assessment emphatically shared by those who knew him as husband, father and grandfather. “He was unimpressed with himself (credentials, titles, roles, accolades) but impressed by us, his family. We flourished under him,” said his wife of 51 years, Jan. “His simple mandate to us and by his life was ‘follow Jesus.’ His ability to listen—he was always interruptible—made him a wonderful dad, husband and grandfather. He coached his kids in sports and supported their varied interests. Through his love, example and support, Jud encouraged me to be more than I’d dared without him.”

He loved the Church, and served in various leadership roles for many years as a member of Grace Chapel in Lexington, Massachusetts. The family also attends nearby Christ Church (Episcopal) in Hamilton, Massachusetts. “I held Jud in great esteem while a student and after,” said Jennifer Paglierani, a 1996 Gordon alumna. “But in recent years, at Christ Church, I have seen Jud in an even more important role—that of a grandfather. It warmed my heart to see this great man carrying his little granddaughter Kate through the sanctuary in his arms. Or picking up sweet Maggie from church school with a hug and a smile.”

He loved living in his native New England, and could often be found on his 18′ Parker fishing boat—anchored near “the groaner” just outside Gloucester harbor—a 60th birthday present from his family. He enjoyed taking family, friends and colleagues fishing for striped bass, or motoring up the Annisquam River to the back of Crane Beach. He and Jan traveled frequently on behalf of the College, and they enjoyed exploring the environs of the College’s overseas programs. The two occasionally trekked back to Scandinavia, home of their forbears, and with close friends they took a few cherished cruises, including one to Scandinavia with Prairie Home Companion and their favorite storyteller, Garrison Keillor. In any setting, international or local, Jud could find a reason to quote, with winsome commitment, the mission statement of the college he and Jan loved to call home.

A memorial service will take place Saturday, January 17, 2015, at 10 a.m. in A. J. Gordon Memorial Chapel at Gordon College.

In lieu of flowers, the family requests that you consider a gift to the R. Judson Carlberg Scholarship in Global Education: www.gordon.edu/carlbergscholarship.