Spring Symposium has been a tradition at Gordon College since 1998. Each year as the geese return to campus and flowers begin to bloom again, classes are canceled for a full day of lectures, art shows, and discussions… Read More

Peter Berger to Present “The Challenge of Religious Pluralism”

Globally recognized for his contributions in the field of sociology, religion and culture studies Peter Berger (Boston University) will be interviewed on his newest book, “The Many Alters of Modernity” by Senior Fellow Gregor Thuswaldner (Center for Faith & Inquiry).

The Annual Crum Lecture—Augustine and the Art of Politics

In honor of his grandfather’s work in academia, Princeton University Professor Eric Gregory will speak on Augustine and politics followed by a rededication of Gregory Auditorium—a popular lecture hall on Gordon’s campus named for Dr. Carlton Gregory, the speakers grandfather. 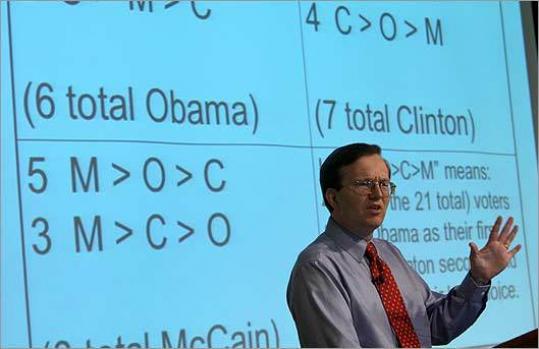 Karl-Dieter Crisman, associate professor of mathematics, recently published a review article in Books and Culture. “If you’re a member of group that gets club oufits,” he writes, “it’s typical to personalize the shirts or jackets with a nickname… Read More

On the Nature of the Atonement

Eleonore Stump, who is the Robert J. Henle Professor of Philosophy at Saint Louis University, will speak at Gordon on Thursday, November 13, at 4 p.m. in the Ken Olsen Science Center (DEC Loggia and Chairman’s Room). The lecture,… Read More