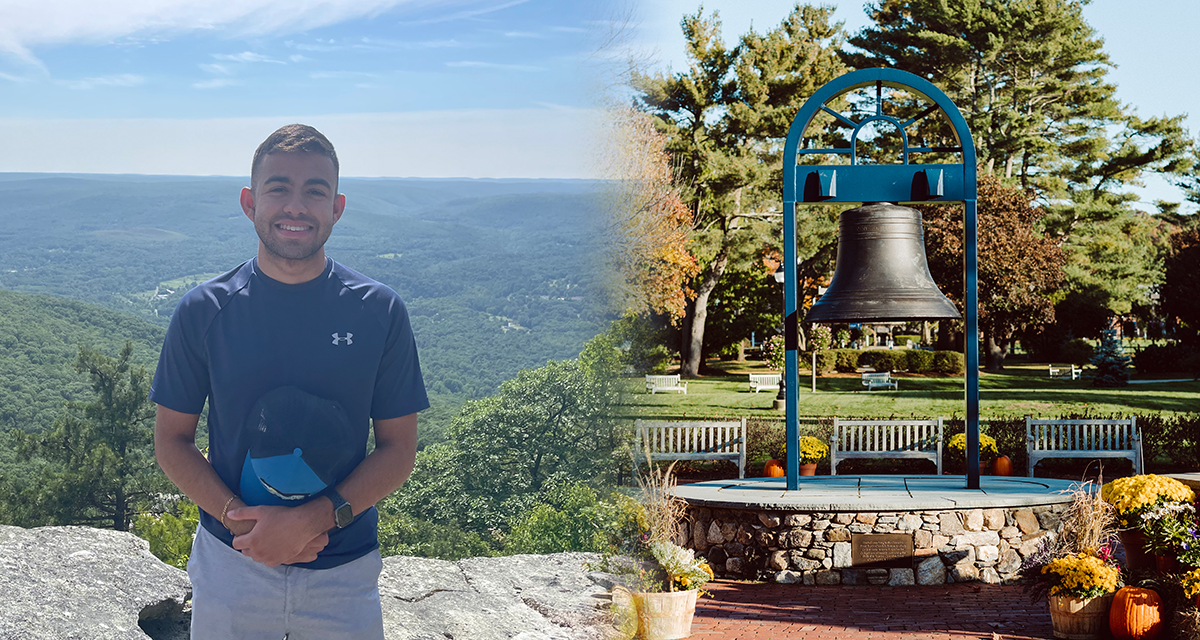 A New Heart for His City

A first-generation college student from Peabody, MA and the child of Brazilian immigrant parents, Pires felt both called to Gordon and overwhelmed about managing the cost of college. The Clarendon Scholars program would not only open doors to attend college but to return to an urban context to lead and serve after graduation. “I looked at the scholarship and said, ‘Lord, if I’m going to go [to Gordon], I need this one.'”

He felt overjoyed and ready but quickly began to realize the sea of perspectives and opportunities that he had begun swimming in. “I came in very arrogant, like ‘I’m going to be the change,'” he says. Patrick eventually found himself broken and burned out. “I was trying to reform and revitalize the things on campus I felt needed it without realizing I needed to revitalize my view of God and myself.”

With humility Patrick sought counsel from his mentor and fellow Clarendon scholar Nicholas Karinge and started on the road to restoration. “He was a source of encouragement and wisdom, really speaking into my life,” says Patrick. “He helped me understand what it is to follow God. It was a lot of separating my identity from my work, school, titles and acknowledgments. It was understanding that when I do these things, I do them because I love the Lord.”

With the support of his Clarendon cohort, Patrick had a new outlook for his last two years at Gordon. He began to channel his pursuits around the goal of returning to Peabody—a place he never thought he’d be called back to. “I think the [Clarendon Scholars] program was a reminder that my community has needs, and as a reflection of Christ, I should be willing to weep over the city I come from,” he says. “I should go back and start meeting needs in a way that involves my community, honors their dignity and allows me to make available my resources for the advancement of the place I call home.

Patrick recognizes his ability to serve his city through a diverse lens. In the United States 9.1% of mental health professionals are of Hispanic or Latino ethnicity, and 26.2% of are male. “I think it’s beautiful to think about the Clarendon program. As a Latino man, to be blessed with the opportunity to get an education in psychology and biblical studies and be equipped to serve my urban community in ways that are lacking is critical. This is a demographic we most certainly need more of in the counseling field among the many other demographic that the field is lacking.”

Patrick harkens back to the email message with his application invitation with gratitude. His spark of compassion, enhanced by his diverse cohort, would have been impossible without the Clarendon program. “The degrees we accomplish and things we do here in college are tools, but they’re not vessels for God’s purpose. We are the vessels.”

Support students like Patrick as they gain tools to thrive and serve. Give today.

← It’s All About Connection
Teaching Internationally During a Global Pandemic →