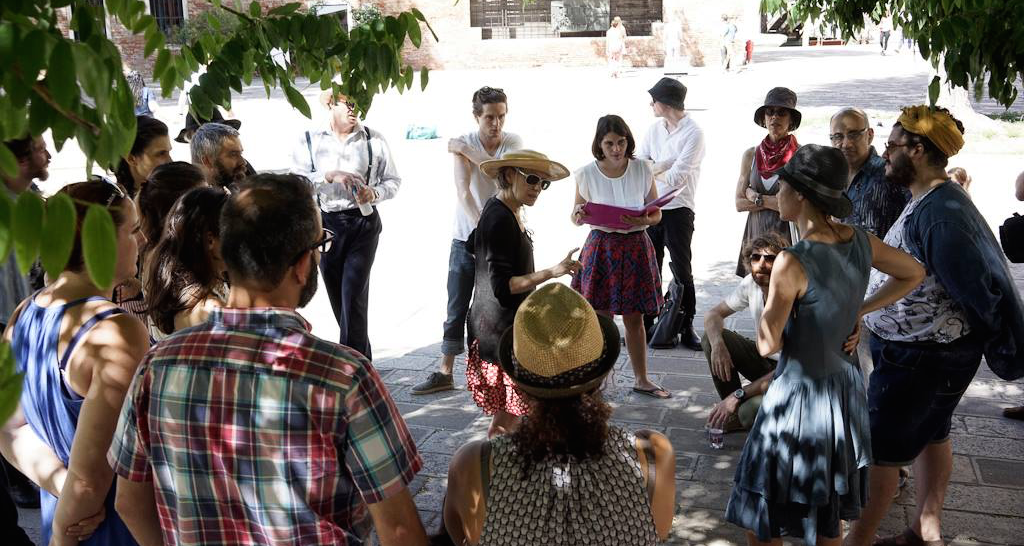 Posted on September 7, 2016 by collegecomm

Tragedy, comedy, romance, villainy—these are some of the key ingredients in a Shakespearean play. With unforgettable characters and gripping plot lines, the works of William Shakespeare have withstood the test of time, performed all over the world in front of countless audiences for centuries.

For the 400th anniversary of the famous playwright’s death, Karin Coonrod ’75 directed The Merchant of Venice in the heart of the Jewish Ghetto in Venice, Italy, commemorating its own quincentennial anniversary. In conjunction, Supreme Court Justice Ruth Bader Ginsburg held a riveting mock trial for the play’s most incendiary character, Shylock.

A Jewish merchant, “Shylock is an outsider, a stranger to the Venetians in the play,” Coonrod explains. “The Venetians had their own corrupt money system and for starters, Shylock speaks a different language, calling upon a history that is not apparent to the secular Venetians.”

A signature component of Coonrod’s performance is the reimagining of this main character, who is traditionally portrayed as a greedy comic villain or a pathetic victim. In a creative twist, she explains, “I wanted to open up the character of Shylock and look into the complexity of his humanity by sharing the role between five actors—four men and one woman—who would each take one of the five Shylock scenes.” 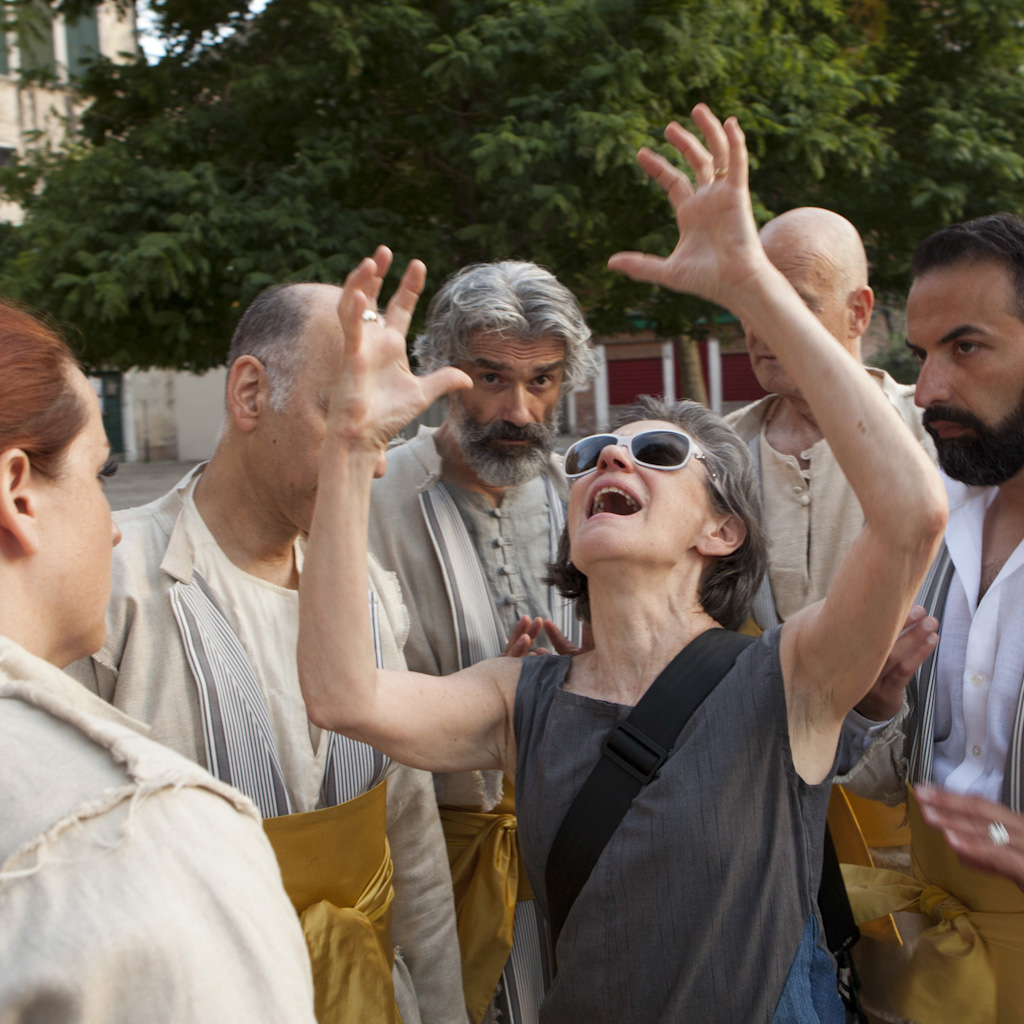 Coonrod, with the five Shylocks in Venice

Coonrod notes that in addition to five Shylocks, there are five windows (representing the five books of the Torah) on the two synagogues hovering over the space in the Ghetto—and of course, 500 years to commemorate. “All of this was for me a kind of endorsement to listening hard to what the project wants to be,” she says. “The connection this play has to history is much bigger than what we see.”

After a stunning opening night, Justice Ginsburg presided over a mock trial of Shylock as part of a fundraising event for the play. The appeal took place in front of an audience of (fittingly) 500 at the Scuola Grande di San Rocco.

In the original script, Shylock seeks his forfeit in a salacious agreement made between merchants. The bond takes on a deeper dimension when his daughter elopes with a “Christian” and steals her father’s money. As Shylock seeks revenge, he is outsmarted and forced to convert to Christianity—“the politically correct religion of the Venetians,” Coonrod explains. But during the mock trial, appeals and testimonies lead to the verdict delivered by Justice Ginsburg: Shylock must be paid his debt, and his conversion is overturned.

The final Merchant performance took place at the Padova Prison, where Coonrod says, “the attention in the room was remarkable” as questions of mercy and justice played out on stage. “At the play’s end, actors and inmates were hugging and crying for the quality of the connection in this rare encounter of the outsiders and insiders in the belly of a prison.”

Though based in New York, Coonrod’s Compagnia de’ Colombari was born in Orvieto, Italy, beginning with the performance of the medieval mystery plays—Strangers and Other Angels—for consecutive years starting in 2004, Giulia in 2012 and Monteverdi’s Orfeo in 2014. All performances were in partnership with the Studio for Art, Faith and History, the public extension of Gordon IN Orvieto founded by Dr. John Skillen, senior advisor for Global Education at Gordon.

Coonrod is a lecturer in directing at Yale School of Drama. In February, Compagnia de’ Colombari will tour her own texts&beheadings/ElizabethR play, which was staged at BAM/Next Wave Festival last year. The Merchant of Venice will have its North American premiere at Peak Performances in Montclair, New Jersey, in September of 2017.