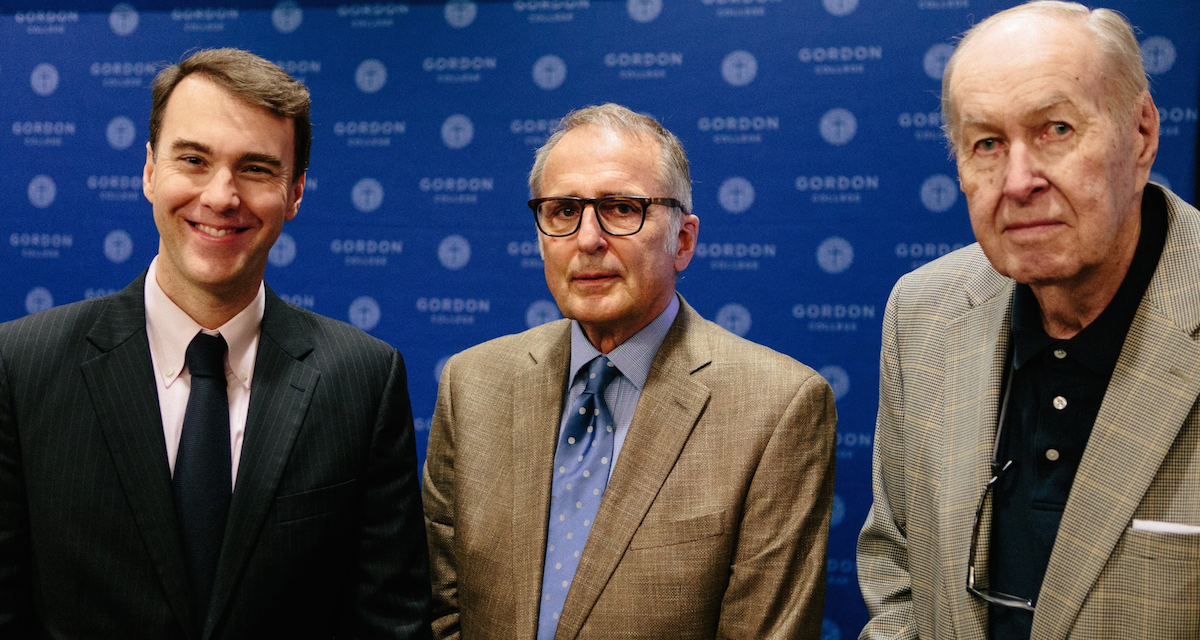 Embracing the Uncomfortable: A Conversation with Gerry Newkirck ’69

“I weigh my future options and I very rarely look back.” Gerry Newkirck—’69 Gordon alum and retired CEO of the Tractor Supply Company—has lived a life of high risk and high reward, but his motto has always been simple: make decisions, own them and don’t look back.

As a part of Gordon’s “Conversation with the President” series, President Michael Lindsay sat down with Newkirck in the Ken Olsen Science Center for an hour-long conversation that covered everything from Newkirck’s time as a student at Gordon to his later business ventures as an owner of the Tractor Supply Company.

Newkirck was a history major at Gordon during a time when only around 500 students were enrolled, and shortly after graduating he went to serve in the military. He married his wife, Gai, ’71 alumna, when he returned, and after a stint in retail, Newkirck began working for Fuqua Industries. This was the first step in a series of events that would eventually lead to Newkirck purchasing the Tractor Supply Company with the help of some of his fellow employees within the company.

“I didn’t seek Gordon out,” Newkirck says; it was a close friend and confidante who convinced him to apply. “Back in the day, there wasn’t a lot of handholding that went on,” he continued, explaining how his recent time at the school had “given me an opportunity to review almost 50 years of history.”

Newkirck pinpoints Dr. Dick Gross—who became president shortly after Newkirck’s graduation—as one of the most influential figures he encountered at Gordon. He was a constant mentor for Newkirck, who remembers being told to go to class and “don’t miss.” Newkirck describes Dr. Gross as “a leader providing practical leadership in a very, very difficult period of history,” and truly doesn’t know where he would be now had it not been for Dr. Gross’ support and advice.

Before Newkirck purchased the Tractor Supply Company, they first hired him to help convert their sales focus from strictly farm supplies to a broader emphasis on construction and building materials. But during that same year, sales dropped by $10 million, losing the company upwards of $20 million in profits.

With the company in trouble, Newkirck and several colleagues decided to make the daring move of buying the struggling company outright in an attempt to revitalize it with a new focus. They had to borrow over $20 million to make the purchase, but with some equity sponsors, and an even distribution of the loan across all the different members, they made it work.

Successfully converting the Tractor Supply Company from a private to public business after purchasing it, Newkirck said, was his biggest risk and biggest financial success. It was a hard sell, convincing everyone that the business they had recently acquired would be even better off public, but Newkirck said that his motto, “I weigh my future options and I very rarely look back,” worked for him then, and continues to do so today.

As President Lindsay began to wrap up the interview, Newkirck shared some words for the students in the audience, telling them to “put yourselves in situations where you’re uncomfortable,” recalling how his time at Gordon gave him “the ability to learn what I needed to learn and lead. You’ve got to have the basics of being a leader.”