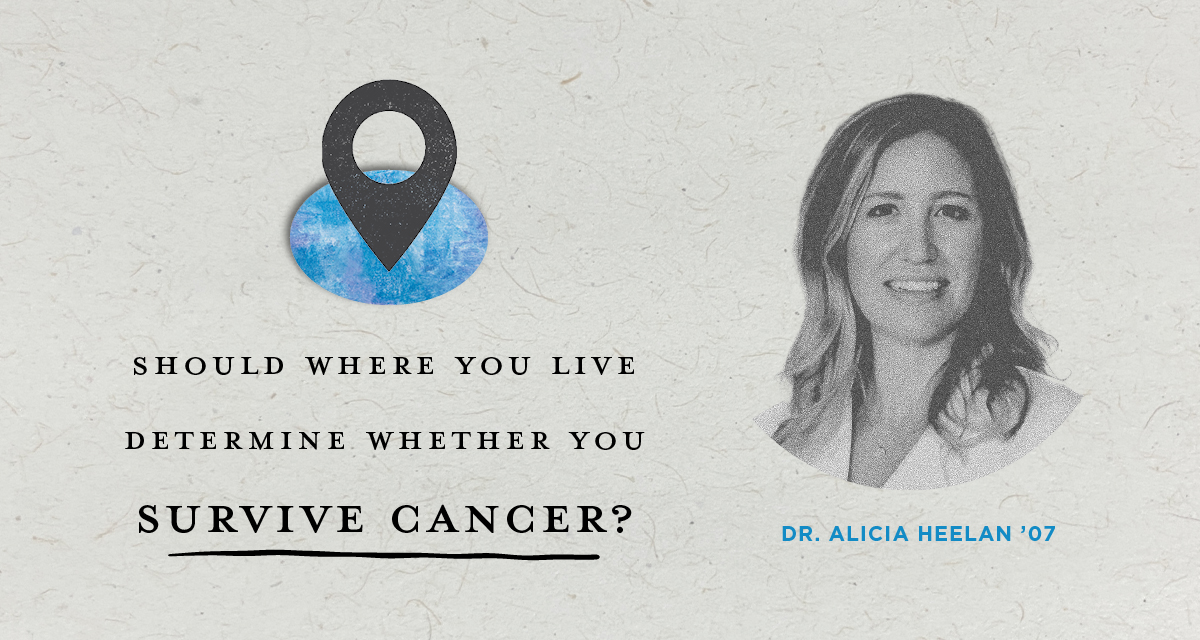 When Dr. Alicia Heelan ’07 (kinesiology) broke the news to Jane* that her breast cancer surgery was successful and she was on the path to being curable, they cried together. Just a few months earlier, Jane’s cancer had progressed so far, surgery wasn’t even a viable option.

“She had inflammatory breast cancer, which is a very aggressive cancer,” explains Heelan, a breast surgical oncologist at the University of Cincinnati Medical Center. “It had invaded her sternum and moved into the anterior part of her heart. Because it was so advanced, we thought this would spread and she would pass before surgery was even on the table.”

A surprisingly successful round of neoadjuvant chemotherapy meant that Jane’s surgery, though complicated and extensive, was possible—and, eventually, also successful. Jane is among the one in eight women in the U.S. battling breast cancer, and her experience is what Heelan wants for the hundreds of thousands of others like her. Miraculous recovery, yes, but first that they would have direct and equal access to the top-quality care that leads them there.

“In some locations, breast cancer surgery is done by general surgeons who don’t necessarily have access to the latest clinical trials and guidelines,” Heelan explains. Rural areas, for example, have a lower volume of patients and are less saturated with specialists. In underserved areas, patients may not have the resources to see specialists. Private practices may lack the breadth of specialists that large academic hospitals offer. For a range of reasons, geography can determine the quality of care. So, when important discoveries are made in breast surgical oncology specifically, they may not actually be reaching the people performing the procedures.

For example, if a woman had breast cancer in her lymph nodes, she would historically undergo an invasive surgery that can lead to long-term complications in her arm. Newer research has shown there’s a simpler option that addresses the cancer without compromising the arm. But Heelan wants to know: Have all surgeons— specialists and generalists—adopted this change?

She and a team of University of Cincinnati researchers are conducting a multiyear investigation across all kinds of patient populations, types of practices and locations to find out how widespread the adoption of new research guidelines and how those impact patient survival rates. Heelan is well-aware that while Jane was treated at a top hospital (ranked among the best by U.S. News and World Report, and specifically high performing for cancer care), not all women are. So, the team’s goal is simple: “Let’s make sure that every woman facing breast cancer—whether she lives near a top academic hospital in a large city or a small, rural private practice—is receiving the most up-to-date, evidence-based care,” says Heelan, “and as a result, the best possible chance at long-term, disease-free survival.”

← Embodying Empathy
How to Cope When Life is Hard →