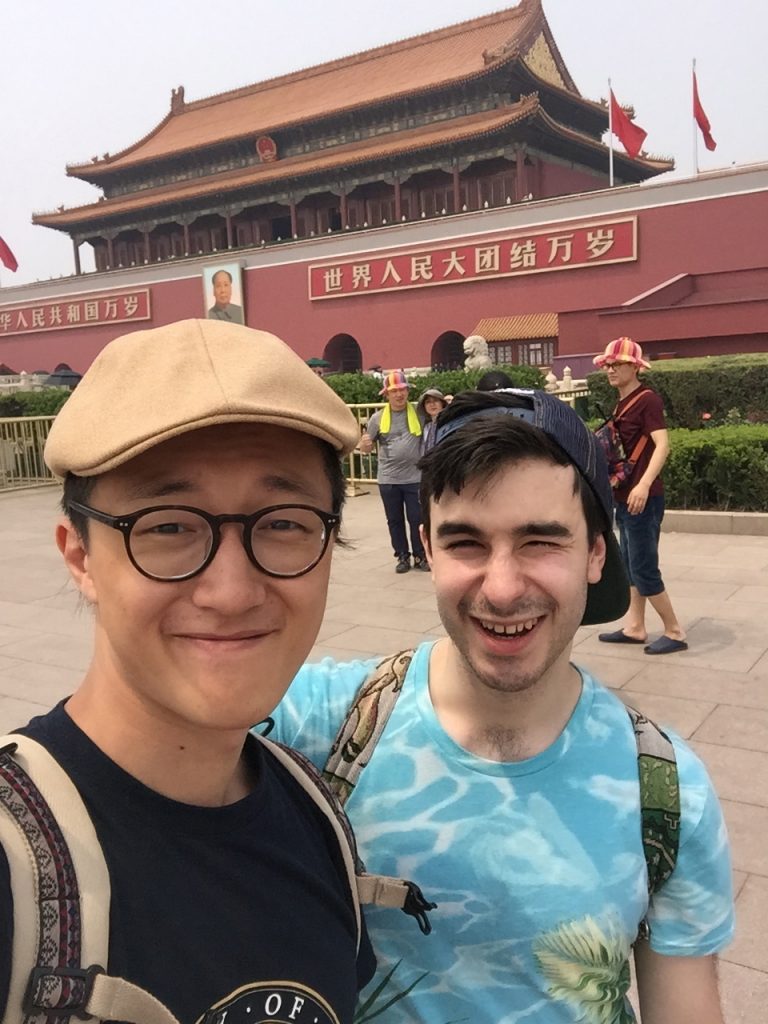 Stephen Zani ’17 (pictured right), who was recently accepted for a Student Fulbright grant to teach English in Taiwan, feels drawn to Asian cultures even though he grew up in the United States. At age four, a documentary about life in Beijing sparked a passion that became his college major, current job, and now, Fulbright.

During a summer internship in China after his first year at Gordon, Stephen realized language was an ideal way to better understand the cultures he loved. That summer, he spent much of his free time attending English-learning clubs to help Chinese speakers improve their skills in his native language.

“I felt like I was able to join a community through learning another language that I wouldn’t have access to otherwise,” Stephen says. “I came back really excited learn about languages.”

When he returned to Gordon, a major in combined languages allowed him to learn to two languages in fewer than three years. He petitioned for a unique schedule that balanced Core requirements with an additional major in secondary education and a year of studying abroad in China and Japan.

“When you go to live in a foreign country for an extended period of time,” Stephen says, “there is no going back. This culture is 24 hours, every day, and it’s exhausting.” However, those challenges didn’t stop him from learning to thrive in a new culture.

“During my year abroad,” Stephen says, “I learned that truly loving another culture is being willing to throw away what you know and try on the glasses of the native people. Otherwise, you’ll learn nothing and your knowledge of that country and those people will always remain at the surface level, never diving deeper.”

In August, Stephen will travel to Taitung City, Taiwan, to teach English for 11 months. He currently student-teaches English as a Second Language at Josiah Quincy Upper School in Boston. As a perpetual language learner, Stephen loves helping his students master English, especially when he can communicate in their native language.

“I hope that I can touch the lives of my students,” Stephen says. “I want them to be excited for their future. I want them to know that the world is theirs to shape, and that they don’t have to let their circumstances shape them. If they want to change the world around them now, they need to master language.”

Stephen himself knows that language study can be powerful in ways that stretch beyond grammar and vocabulary. The experiences he gained through becoming acquainted with unfamiliar languages and cultures have helped him better understand his vocation.