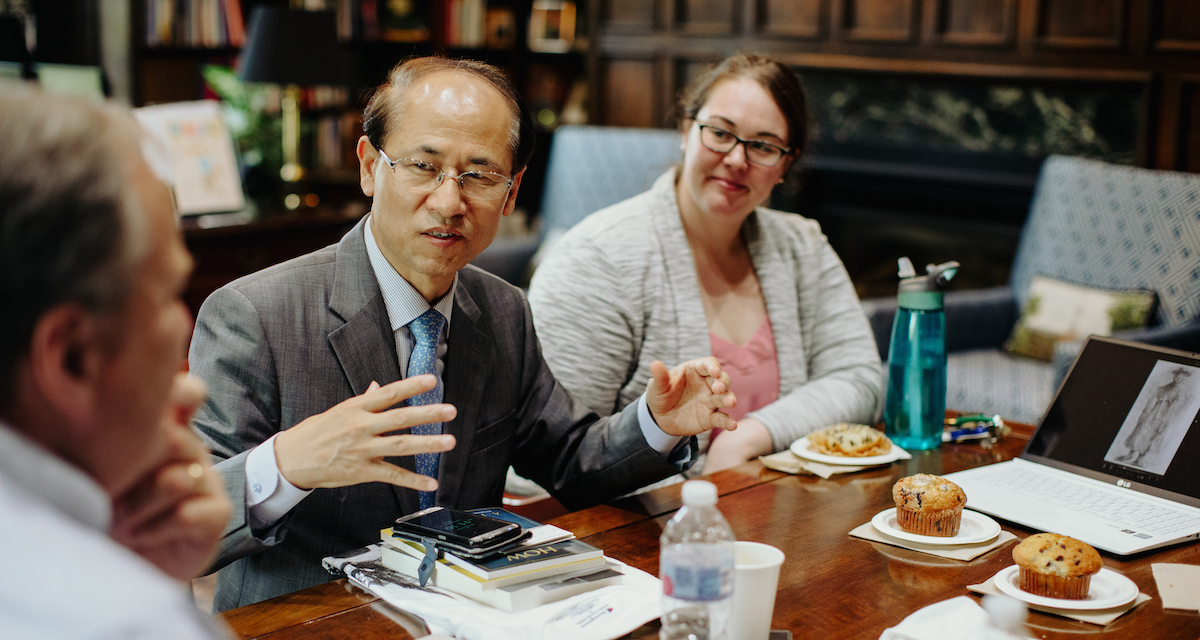 In Pursuit of Korea’s Christian Roots in Boston

About 130 years ago, Reverend Adoniram Judson (A. J.) Gordon sent a group of missionaries from his Boston Missionary Training Institute (today Gordon College) to Korea—a significant movement that would change the country forever. Now it has brought Mancheol Suh, president of the Korean Society of Missionary Heritage, back to the sites of A. J. Gordon in pursuit of Korea’s Christian roots in Boston.

“I want the next generation . . . to know what the missionary peoples did for my nation and for . . . the Korean peoples . . . and how they contributed to the betterment of the country,” says Suh.

During Suh’s journey to Massachusetts last month, he traveled to downtown Boston to see the site of the Clarendon Street Baptist Church after a visit to Wenham. He witnessed what the Boston Missionary Training Institute looks like today as Gordon College, and met with College Archives Attendant Sarah Larlee (pictured above, with Suh). Searching through the Gordon Archives, Larlee helped Suh uncover documents related to the original missionaries, which will help the Korean Society of Missionary Heritage preserve their history. 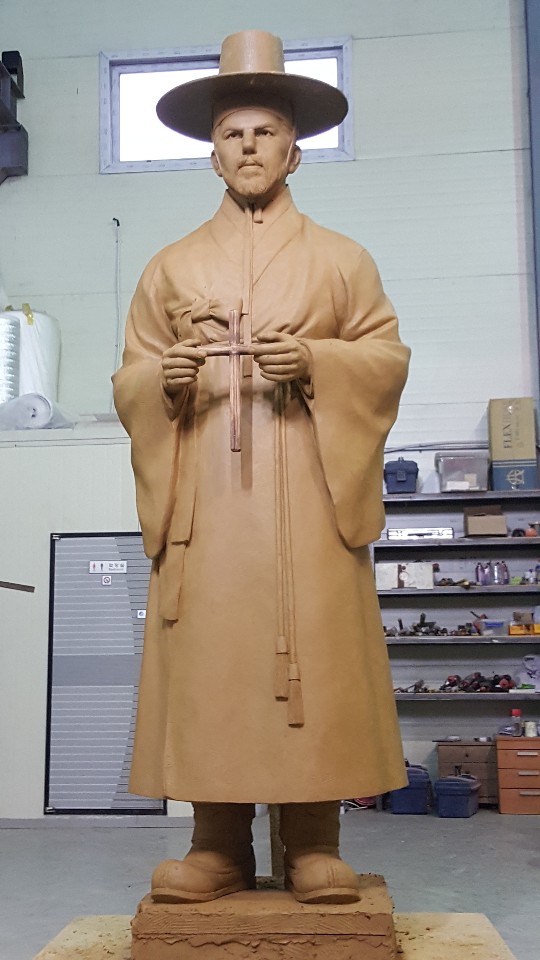 One of the ways that Suh and his organization are paying tribute to the country’s strong Baptist history is by constructing a statue of Malcolm Fenwick, a missionary who dedicated 46 years of his life to serving in Korea. Fenwick sparked Reverend Gordon’s commission to Korea and founded the Bible Institute in Gongju, Korea, which later led to the Korean Baptist Convention.

According to research by the Korean Baptist Convention, the Christians taught by Fenwick played a major role in the country’s politics. They “protested against the repression of the Japanese Imperialism, and 32 denominational leaders were imprisoned for refusing to visit shrines. Pastor Cheon Chi-Kyu was tortured and martyred. On May 10, 1944 the Convention was dissolved.”

Suh says the imperialist era was extremely difficult for the people of Korea; the country had one of the lowest economies in the world, and class systems meant that some people were essentially slaves. Women, in particular, were oppressed, says Suh. They were not educated, and sometimes were not even given names.

The Korean Baptist Convention opened again and became official in 1949, and today, Suh says, Christianity is the number one religion in Korea, with about 25 percent of the population identifying with the faith—a remarkable phenomenon, given that Buddhism had been the primary religion there for over 1,000 years.

← Rest a while: “Deepening the Faith” devotional 19
A Cure for Communication →
Loading Comments...