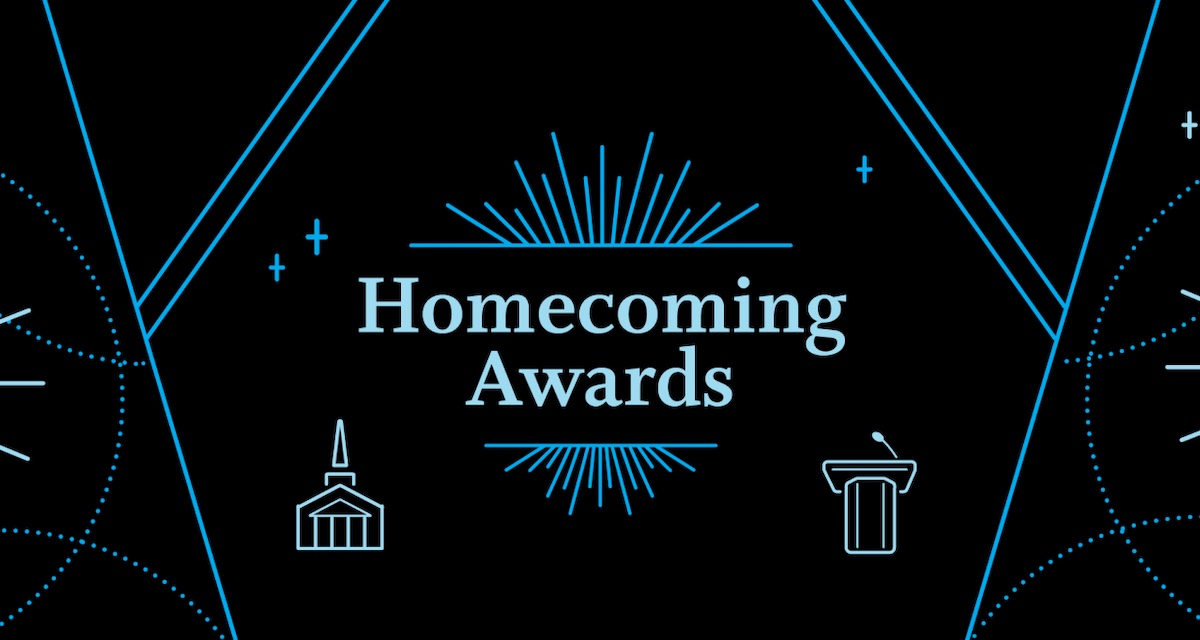 In a Friday evening ceremony at Homecoming and Family Weekend (September 30 and October 1), six Gordon alumni will be honored with annual awards to recognize their impactful work and faithfulness to Christ. Here is a glimpse of their stories:

Born and raised in the Democratic Republic of the Congo as a missionary kid, Barbara Harbert didn’t always know the Lord would call her back to mission work. After graduating from Gordon, she taught in Virginia for three years and then worked for InterVarsity and the Urbana Missions Conference. After leading a Kenyan team with InterVarsity, Harbert’s heart began to turn back to missionary service. She and her husband, Scott, applied to Africa Inland Mission (AIM) and began a life of ministry in Kenya, where she is involved in two different feeding programs for orphans.

Known best for his caring and giving spirit, the late Jack Good is the namesake of the College’s Jack Good Community Service Award, which is annually bestowed upon an alumna or alumnus whose life and work reflect his legacy (see below). A well-known and beloved member of the local community, Good dedicated decades of his life to volunteering and serving in leadership roles at organizations at many North Shore nonprofits. Good was the founding chairman of the North Shore Chamber of Commerce, member of the Beverly Rotary Club and volunteer firefighter for the Essex Fire Department. He spent his career in executive roles at Northeast Health Systems, Beverly National Bank, Danversbank and People’s United Bank.

Researcher and entrepreneur Sam Sennott is an associate professor at Portland State University (OR), where he leads the Universal Design Lab. He and his team help people with developmental or intellectual disabilities access parts of everyday life, mainly in communication support for children and adults who have complex communication needs. Sennott is the co-creator of the award-winning Proloquo2Go communication app and co-editor of a book in which he focuses on educational policy for people who can’t speak. Sennott holds an M.S. from Simmons College and Ph.D. from Penn State University.

Megan Lietz is the founding director of the Race & Christian Community Initiative (RCCI) at the Emmanuel Gospel Center in Dorchester, Massachusetts. RCCI comes alongside White evangelicals to help them learn how to engage well in issues related to race. Lietz spends her time teaching, facilitating hard conversations, offering thought partnership, and nurturing pathways through which racial healing can take place—with the ultimate goal of helping people honor the image of God in one another and work together toward shalom. Lietz holds master’s degrees from Gordon-Conwell Theological Seminary and Boston University and previously worked at Abundant Life Church (ALC) in Cambridge.

As a teen in the Belgian Congo (now Democratic Republic of the Congo), Marie Patfoort ’67 advanced her studies under tutor Dr. Winifred Currie ’45, the namesake of her award. When the Congo fell into a bloody revolution in 1960, Patfoort, with the help of Dr. Currie, was smuggled out of the Congo and into the U.S. She finished basic studies at a Bible institute in Rhode Island, and in the early ’60s came to Gordon, where Dr. Currie was a professor. After becoming the first Congolese woman to receive a college degree in education, Patfoort returned to what was then Zaire to teach, and then returned to the U.S. to pursue continued education and citizenship and spent many years teaching in Whitefield, Maine.

Freda Obeng-Ampofo is a global public policy professional with a regional focus on Africa. She is also the founder and chief mixer at KAEME, a premium Ghanaian company specializing in personal care products that are locally sources and free from additives and dyes. KAEME was featured on CNN Business’ Voices of the Pandemic and on CNN’s Quest Means Business with Richard Quest in 2020. In 2021, KAEME won the Skincare Brand of the Year award at the Ghana Beauty Awards. Obeng-Ampofo, who also holds a master’s in public affairs from the prestigious Sciences Po in Paris, was named in the 2021 Choiseul 100 Africa list of future African leaders under 40.