Posted on February 1, 2019 by collegecomm 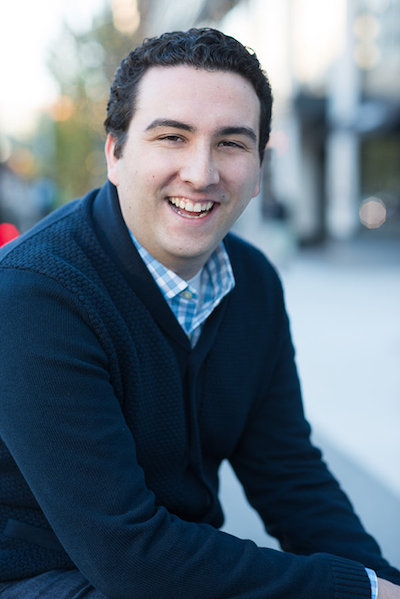 “Incivility in politics is nothing new,” said Michael Wear, founder of Public Square Strategies, LLC. As the 30-year-old who was responsible for President Barack Obama’s faith outreach during the 2012 reelection campaign, Wear now unabashedly charges fellow Christians to reject incivility and instead engage with empathy.

Encouraging healthy discourse was the mission of his message to Gordon College last week in Convocation, “Civility in a Time of Injustice.” Using insights from the field, examples of the past, personal conviction and wisdom from Scripture, Wear, who is chief strategist of The AND Campaign, imparted the value of productive political dialogue.

“To be good citizens, we must learn to move beyond relationships that are based exclusively on familiarity and intimacy,” he said in the address. “We must learn how to behave among strangers, to treat people with courtesy—not because we know them, but simply because we see them as human beings like ourselves.”

Food for the Soul, the Mind and Twitter: Lunch with Michael Wear

Following Convocation, Department of Political Science students and faculty shared lunch with Wear to candidly discuss the current politics, the role of faith in politics and his journey to becoming one of the youngest White House staffers in modern American history.

Why he pursued politics: An early interest in civil rights along with becoming a Christian made him realize, “I wanted to find out what it meant to be faithful in public things.”

How he landed a gig with the President: He got the date wrong for the Democratic National Convention and arrived two days early, but happened to run into then-Senator Obama. Having followed Obama’s career, Wear said “I want to work for you.” Obama connected Wear with his body man, and 10 months later he was working for the presidential candidate.

How he really landed a gig with the President: “I was not a generalist. I had a very specific idea of what I wanted to do. I knew I wanted to work in faith and politics.”

How he moved up: “I was just happy to be there,” he said. “There was no task that was beneath me. If they wanted me to get coffee, I’d get coffee; if it was making copies, I’d make copies.” And it paid off. “That I was willing to do that kept me around long enough to find a slot.”

A snapshot of working in the White House Office of Faith-Based and Neighborhood Partnerships: “Helping the president to navigate religious issues and relationships, and helping to communicate to America’s diverse faith communities what the administration is doing.”

His motivation for writing Reclaiming Hope: Lessons Learned in the Obama White House About the Future of Faith in America (2018): “I thought faith was an under-appreciated aspect, in both positive and negative ways, of Barack Obama’s rise and of his presidency.”

How he kept his faith on track on the 2012 campaign trail: “I asked six Republican believers to join me on a conference call every week, and I gave them permission to hold me accountable on a few things.”

His general rule for engaging in political discussion on Twitter: “Always remember—except for the case when it’s a bot—always remember there’s another human on the other side of it.”

The reason for fractious media and politics: Citizens’ own desires. “Politics does a poor job of meeting spiritual needs, but if it will get your vote, politicians will seek to fill the spiritual void nonetheless.”

What’s been on his mind: “What are the 21st-century spiritual disciplines that would help form the kind of civic character both reflect Christian hope, and shape our politics into healthier discussion?”