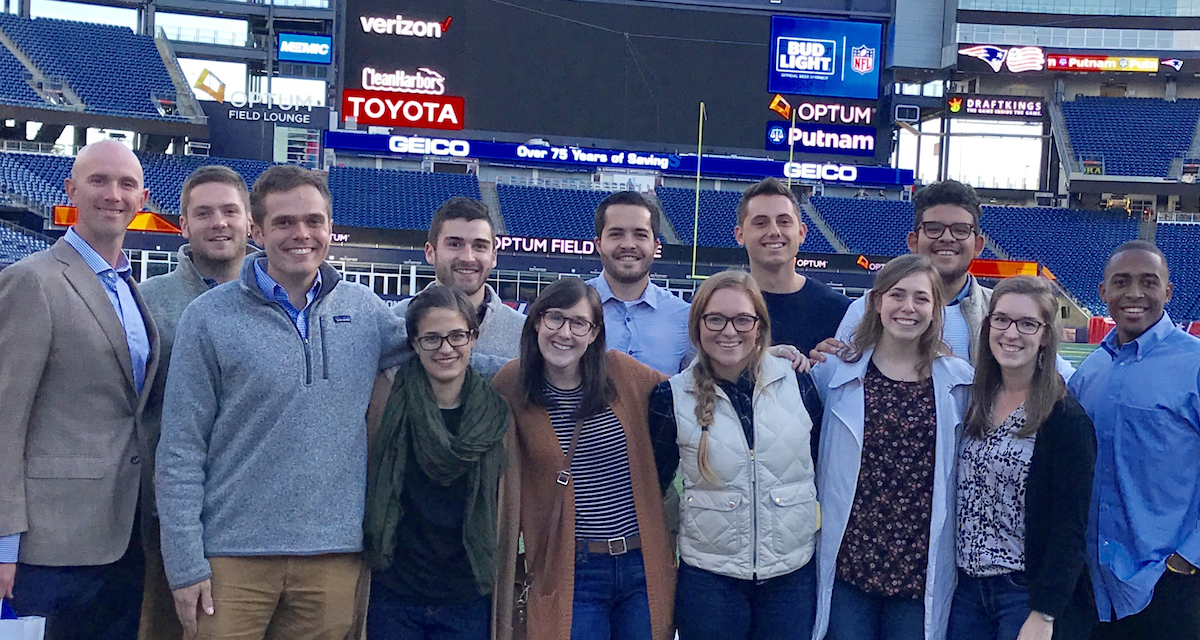 Growing up, Gordon Hayward never saw himself playing in the NBA. His first appearance in the sports pages was for tennis—not basketball—and as a 5’11” high school freshman, he considered quitting basketball entirely. His mother convinced him to stick it out and Hayward underwent an enormous growth spurt, growing eventually to stand at 6’8”. The guard skillset that his father, who did not expect Hayward to grow to such a height, pushed toward him became coupled with the size of a power forward.

This unique combination catapulted Hayward to a tremendous success as a college basketball player, eventually drafting him ninth overall in the 2010 NBA draft to the Utah Jazz. After seven excellent seasons with the Jazz, Hayward came to Boston earlier this year in a blockbuster trade. He was joined weeks later by generational talent Kyrie Irving. After moving his young family across the country, Hayward was poised for a breakout season. Expectations could not have been higher for a young and tremendously talented Boston Celtic. And then, just minutes into the season opener, Hayward suffered a gruesome injury to his ankle.

We all struggle with identity; it’s human nature. And while many of us have a proclivity to make an idol of our work, there are few areas where this is as clearly visible than in the world of professional sports. I recently had the chance to bring a group of students to visit Jack Easterby (pictured above, left), team character coach and director of team development for the New England Patriots. He spoke movingly about the uncertainties involved in pursuing a career in athletics and tying up one’s identity in that. Many of the young people who have the drive and talent to become professional athletes find that by the time they are playing professionally, their identity is so engulfed by the sport they play that it can be hard to find meaning in anything else.

Hayward, fortunately, is expected to make a full and complete recovery and we look forward to what he and Irving will do on the court next season. But not every player is so lucky. Part of Easterby’s work, in a world where a career-ending injury is a possibility during every play, is helping players come to understand their value, self-worth and identity outside of the game of football. Easterby reminded our students that we are fortunate to be called to live into our Christian witness and are invited to place our identity in Christ.

Three weeks ago, we had the privilege of hosting Tim Tebow on our campus to speak to students, alumni and trustees at our “Evening of All-Stars” for Gordon’s annual Celebration of Faithful Leadership. Tebow spoke about gaining a healthy perspective: “It’s not about championships or awards; it’s about people. Sports is a platform to talk about things that are important.” Tebows’ words ring true not just for athletics but in all areas of life.

At Gordon we like to say that victory isn’t about winning; it’s about finishing well. As Dr. Marv Wilson, our honoree at the Celebration of Faithful Leadership, reminds us, “There are no non-sacred professions and there are no non-sacred callings.” The Lord has given each of us a unique platform, not for our glory, but to glorify Him. I’m grateful each day to be at an institution that raises up young women and men who desire to glorify the Lord in all that they do.