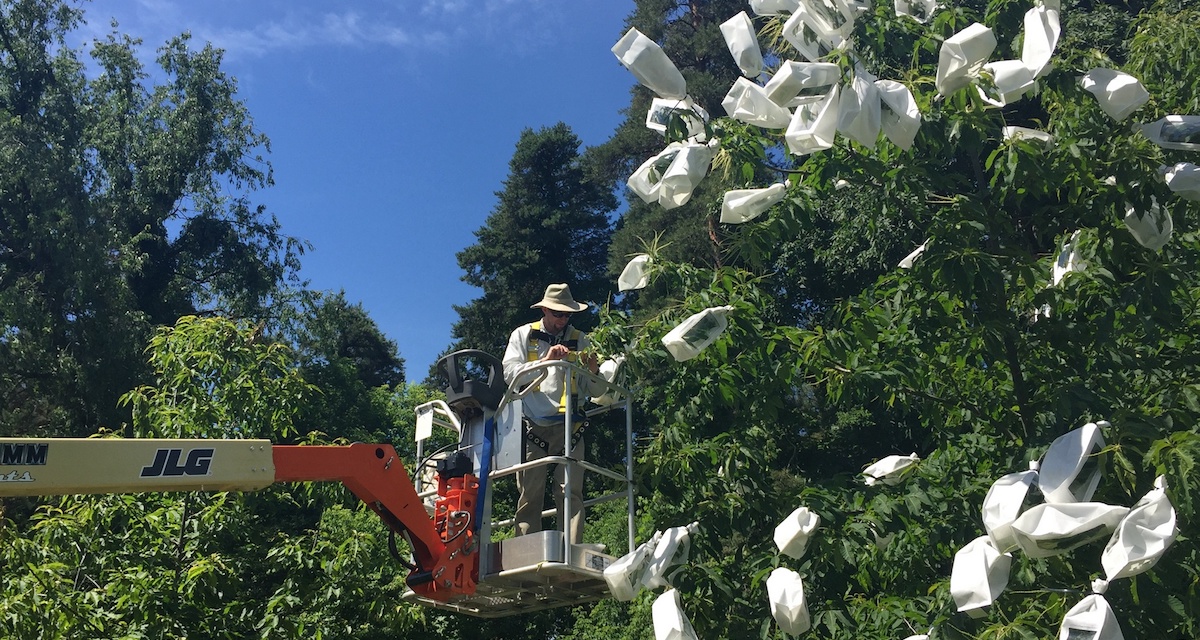 How scientists are saving the American chestnut tree from extinction

Today, most surviving American chestnut trees are merely sprouts that have grown from the stumps of diseased trees. But Andrew Newhouse ’02 and a team at the College of Environmental Science and Forestry (ESF) at the State University of New York (SUNY) are working to restore these “sprouts” to their former glory using genetic engineering. Within the next few years (assuming the EPA, FDA and USDA give their final stamp of approval), ESF will likely be able to distribute the reengineered trees to conservationists and civilians. And within the century, people may again behold these 100-foot-tall, five-foot-wide giants and taste the sweet, fabled American chestnut. 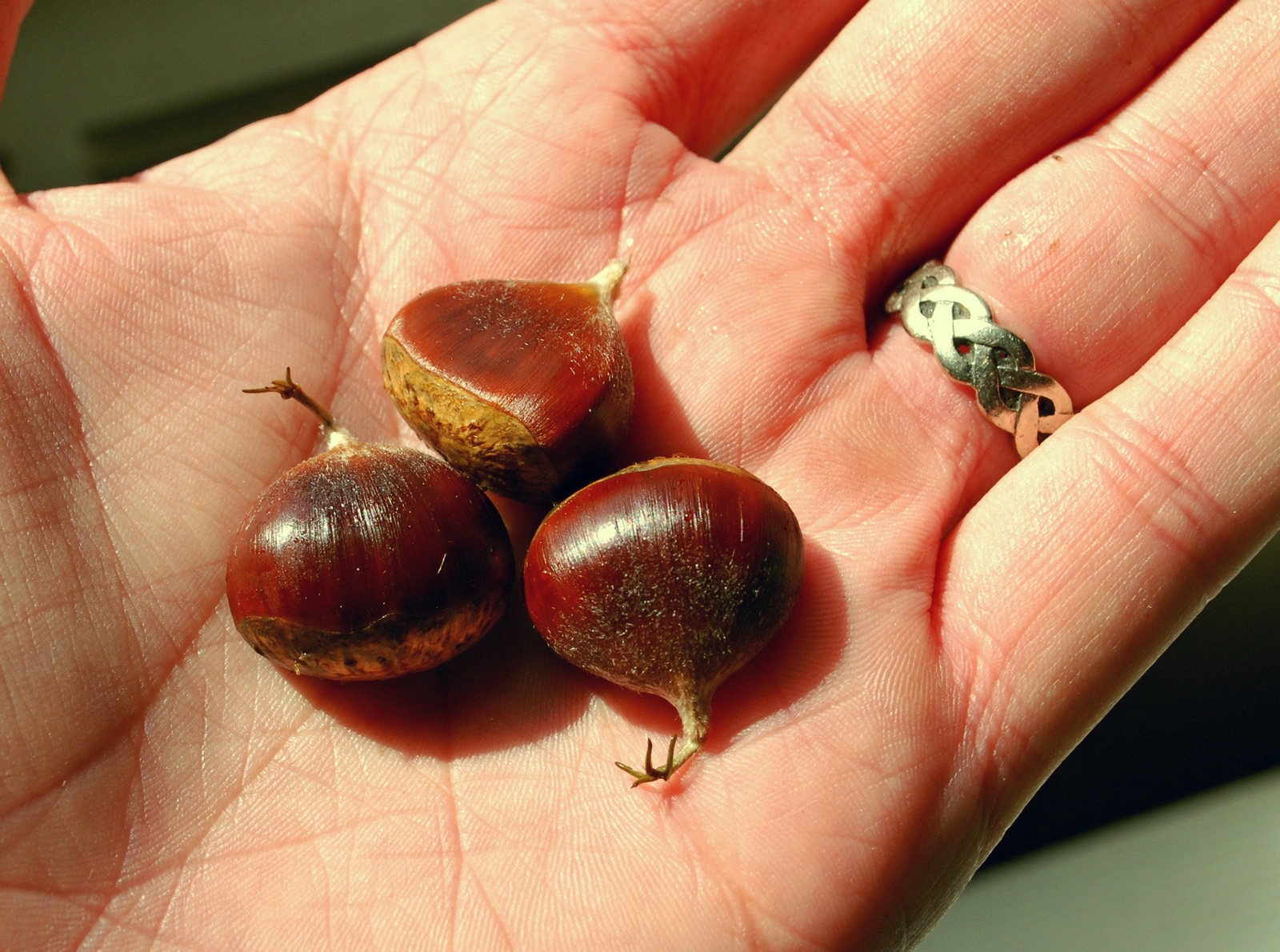 In early October, Newhouse and the ESF team harvested chestnuts from the pollinated trees. They are planning to plant the chestnut seeds in May of this year.

For Newhouse, saving a tree also means helping restore a 200-million-acre ecosystem, a native food source and a nearly-forgotten part of American culture. Just over 100 years ago, the American chestnut was as important as the potato and as familiar as the apple tree, providing both a food staple and wood that didn’t easily succumb to decay.

What Newhouse and the ESF team did differently from many others on a similar mission was try to understand how the fungus attacks American chestnuts, and what gene might allow chestnut trees to live peacefully with it. Eventually, they discovered that wheat and other grains (also under pressure from similar fungi) had something American chestnuts didn’t—a gene that gave them the ability to create a very important enzyme called oxalate oxidase. 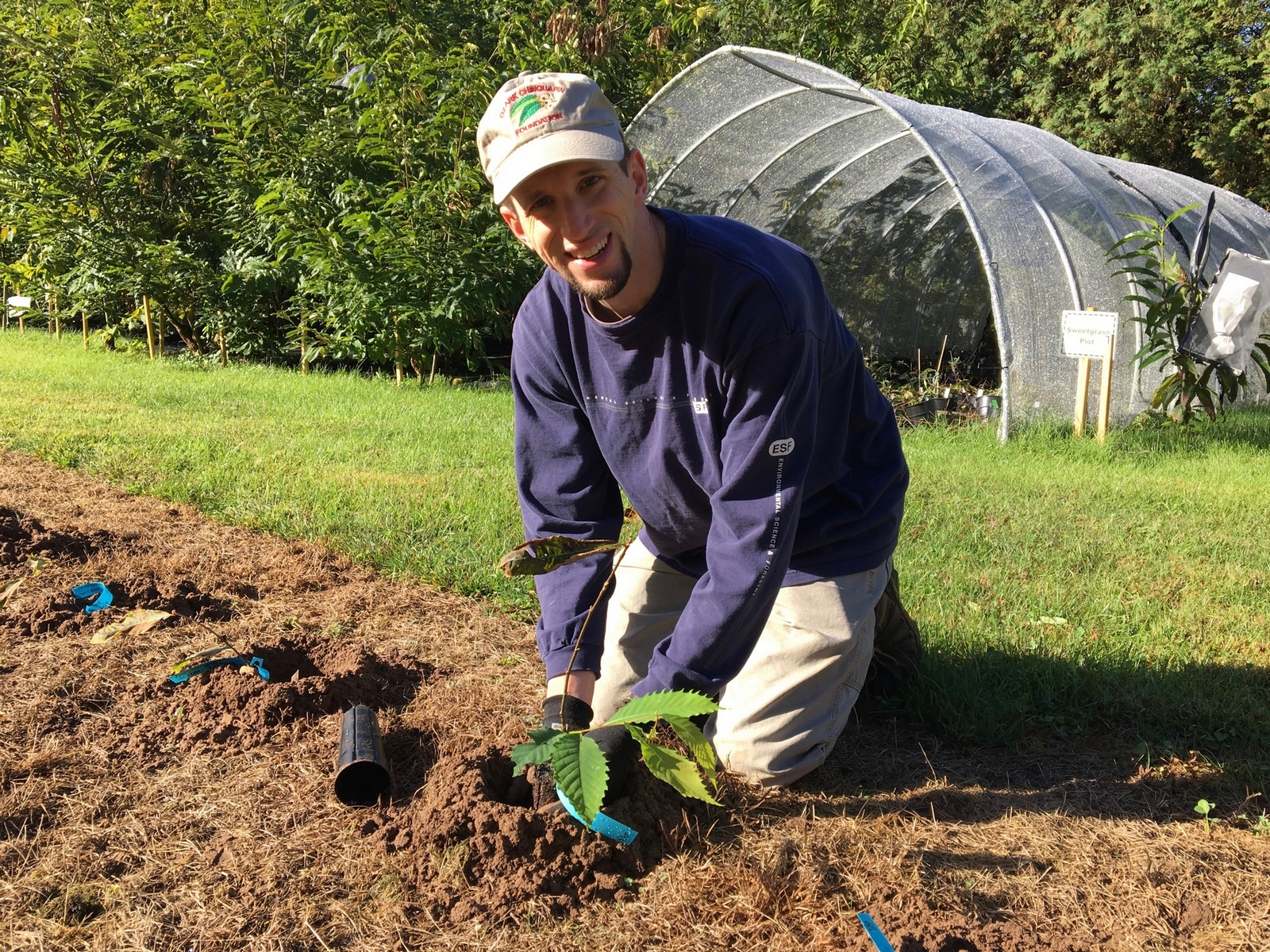 Newhouse plants a transgenic American chestnut tree in a controlled test plot. It is one of approximately 2,000 trees ESF has planted over the last few years under a permit from the USDA.

Since his days of starting as a graduate student at ESF, Newhouse has dedicated 16 years of his professional and academic life to tree conservation projects in biotech—and helped make scientific history. Thirteen years ago, when the ESF team initially gave the American chestnut tree the oxalate oxidase gene, it was the first time that genetic engineering technology was used to meet an environmental goal that wasn’t motivated by for-profit agriculture. And no other conservation project using genetic engineering technology has made it far enough to potentially release transgenic trees into the wild in the foreseeable future. 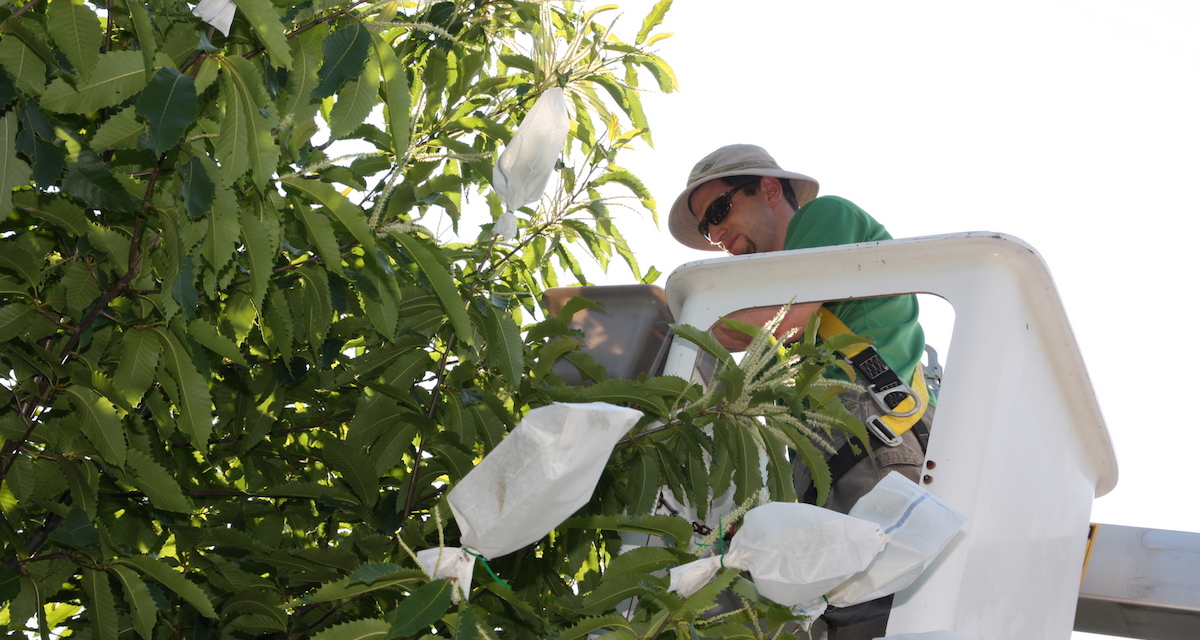 Today, Newhouse and the ESF team are continuing to test how these transgenic trees will impact ecosystems in the long run. They’re looking at growth rates and nutritional quality of the chestnuts, and observing how the trees interact with wildlife and other plants.

Although genetic engineering is a relatively new technology, says Newhouse, the act of gene transferring between species has been happening in nature forever—without human interference.

“When looking at DNA, we almost always see genes from other organisms that have transferred naturally. There are many examples of genes from bacteria and viruses that are already part of our genome. They are part of who we are,” Newhouse explains. “That’s happened in nature, too, with trees and butterflies and sweet potatoes. Just about everything we’ve studied has genes from other species.”

So, although gene transferring has been happening for a long time, human intervention makes it possible for a gene transfer to fix a problem that humans created.

“There is so much potential for this type of technology. It is really special. It’s being used to solve a problem that humans created. It’s not that you’re playing with technology for the sake of playing with it. It’s solving a human-caused problem. I hope people aren’t scared of this technology and are willing to consider how it can be used to solve environmental problems.”

And, just maybe, some of those considerations and conversations will happen under the shade of an American chestnut tree.