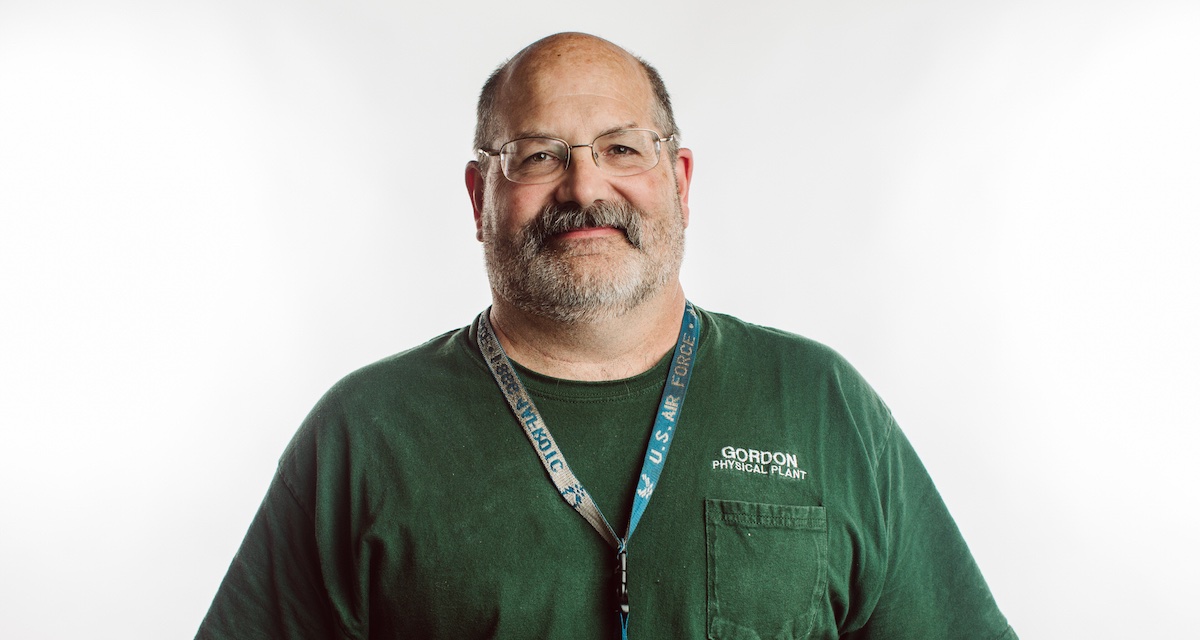 Gordon College is heartbroken over the passing of colleague and friend Russell “Roscoe” Duttweiler. Following a battle with COVID-19, Duttweiler entered into the presence of the Lord on December 9, 2021, while surrounded by his family.

A beloved member of the Gordon community, Duttweiler worked as an electrician for the Physical Plant team since 2012. Going far beyond the scope of his day job, Duttweiler also advised local and global mission trips for the past nine years and was involved with the College’s Athletics and Chapel programs.

Duttweiler was widely known by colleagues, students, alumni, friends and family as a godly man and a faithful servant of Christ. He viewed working at Gordon as an opportunity to serve Christ and share the Word of God. Duttweiler often opened his home to students over holidays and breaks and was known for sending encouraging texts on Fridays. He exuded joy, cheerfulness, patience, generosity and a playful sense of humor.

An avid Buffalo Bills fan, Duttweiler was originally from Buffalo, New York. He came from a long line of Houghton College graduates and earned his bachelor’s in Bible/biblical studies there in 1986. As a student, he played varsity baseball, ran indoor track and coordinated intramurals.

For the past two decades, Duttweiler resided in Lowell, Massachusetts. A multi-instrument musician, he was a longtime member of Countryside Bible Chapel in Lexington, Massachusetts, where he most recently served as worship leader and elder. He previously served as a youth leader.

Duttweiler was husband to Babette; father to Victoria “Tori” (Eric), Ashlee (Tesfa), Naomi (Daniel) and Reuben; and grandfather to Joey and Charis. For many students who served with him on mission trips, Duttweiler became, as they described, a “second father.”

The family has created an account as a way to pass along a message or share a story about Roscoe: roscoe[email protected]. Please include the approximate year the stories took place and how you knew him. In the subject line, please write your name.

← Tom Wholley ’11 On Creating Monsters for “A Quiet Place”
Gordon Mourns the Loss of Dr. Janet Arndt, Dean of the School of Education →