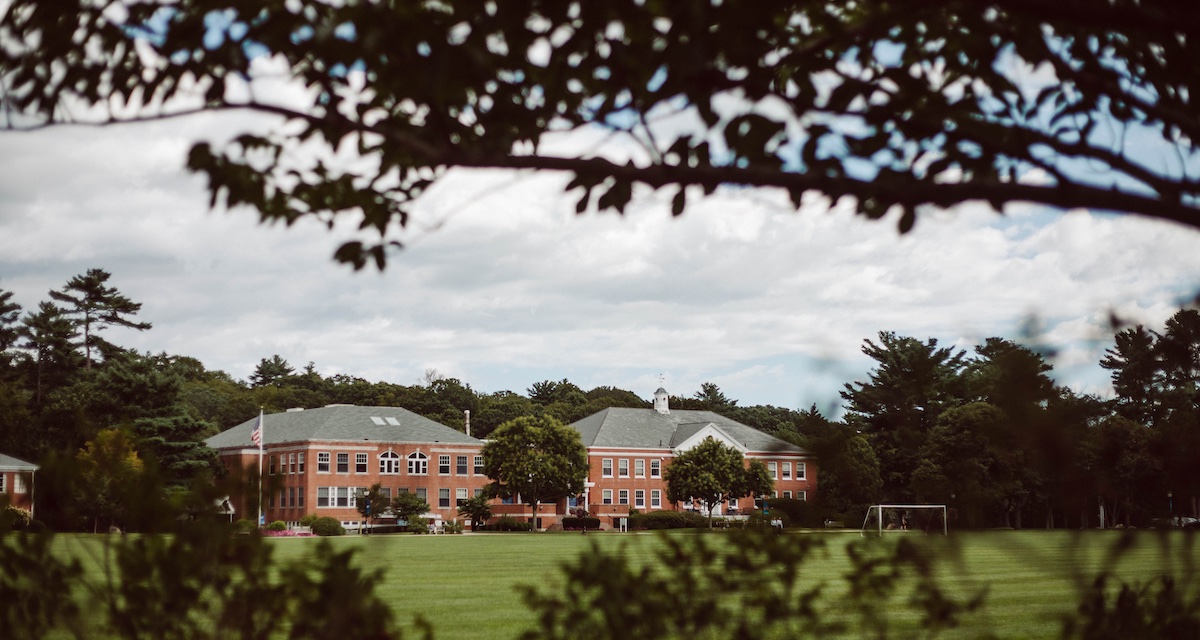 Posted on October 1, 2021 by collegecomm

Tucked in the Gordon College Archives you’ll find a 19th-century Bible owned by A. J. Gordon himself. Its margins are filled with notes and prayers, but one page holds a hidden gem—a few small doodles done by the College’s founder.

Oftentimes, those small details remind Jenks Library Circulation Manager and archivist Sarah (Larlee) St. Germain ’17 of humanity’s commonalities—over 100 years ago, an esteemed pastor doodled in the margins, just as we may today. “We’re not all that different from year to year,” says St. Germain. “We’re human.”

The timeless traits evident throughout generations is the part of preservation that inspired St. Germain and her team. From Ancient Egypt to the Civil Rights Movement, three exhibits on display at Gordon this fall connect history with 21st-century topics. 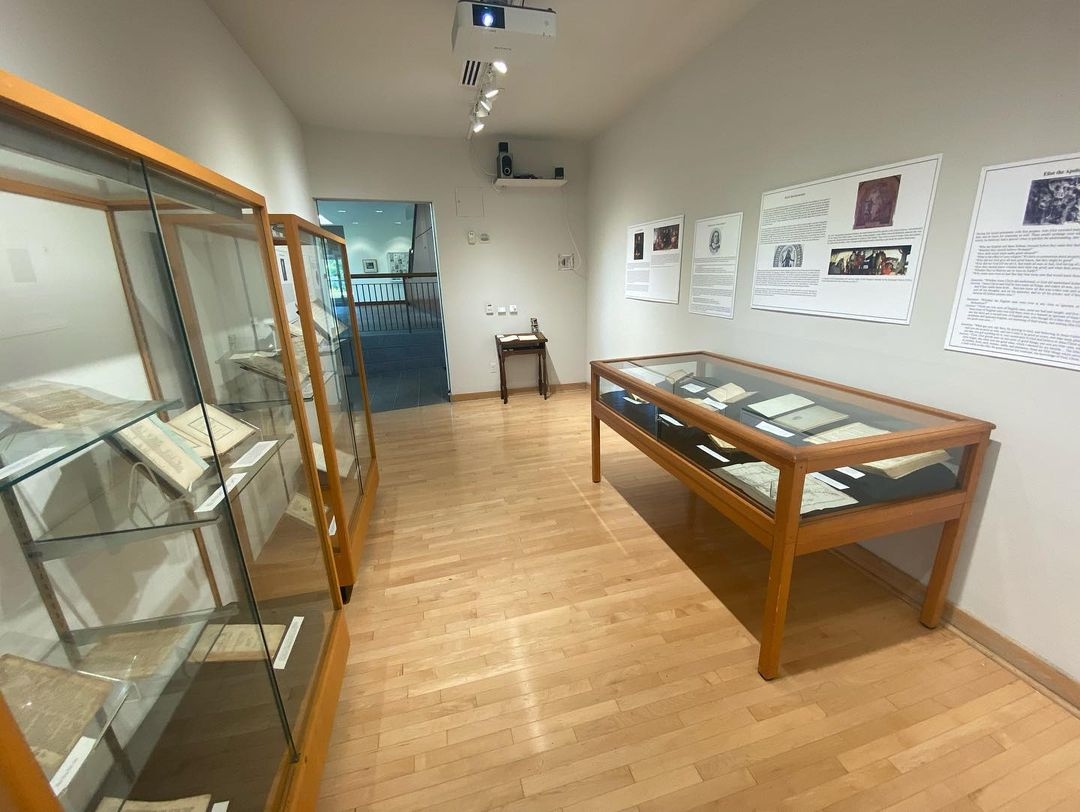 “Traveling through the Archives: Egypt and Arabia Petrea”

“Traveling Through the Archives” combines the College’s Vining Rare Book Collection and Egyptian Archeological Collection to paint a full picture of ancient Egyptian and Arabian life. Curated by Rebecca Leslie ’21 during her summer internship, the exhibit showcases maps and books from the 1800s and artifacts from as early as the 12thcentury, including ancient Egyptian sarcophagus pieces and a 19th-century Arabic outfit.

The combination of texts (donated by the family of Edward Payson Vining in 1921) and artifacts (discovered by William Cowper Prime in 1855 and donated to the College by the acclaimed late Christian author Elizabeth Eliot Gren) give viewers an opportunity to “make history come alive” with two of the College’s rarest collections, says St. Germain. 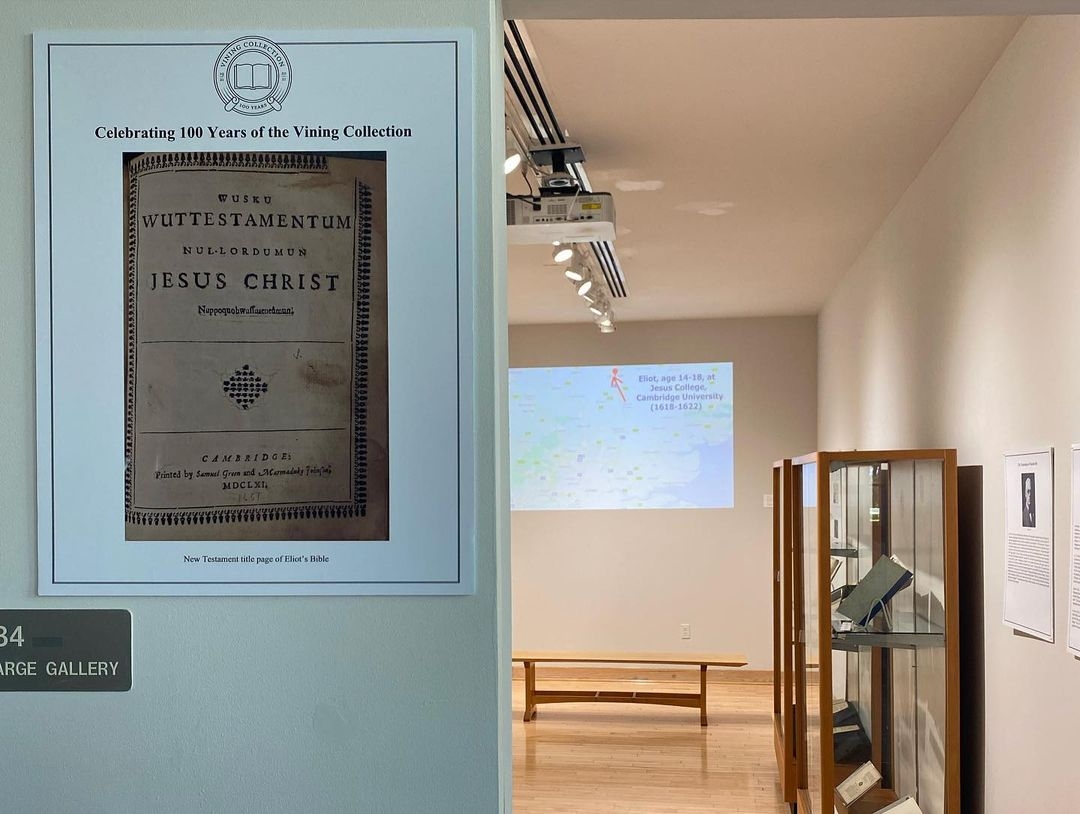 In 1663, pastor John Eliot printed the “Indian Bible”: the first Bible printed in the Western hemisphere, and the first known translation project for a previously unwritten language. Only 200 years after the invention of the printing press, “it’s remarkable to be that close to an important historical item,” says St. Germain.

The College’s copy is one of 37 in the world, and 2021 marks 100 years since its donation. “Eliot’s Bible: Celebrating 100 Years of the Vining Collection” showcases the Eliot Bible and other prized artifacts from the Vining Rare Book Collection. 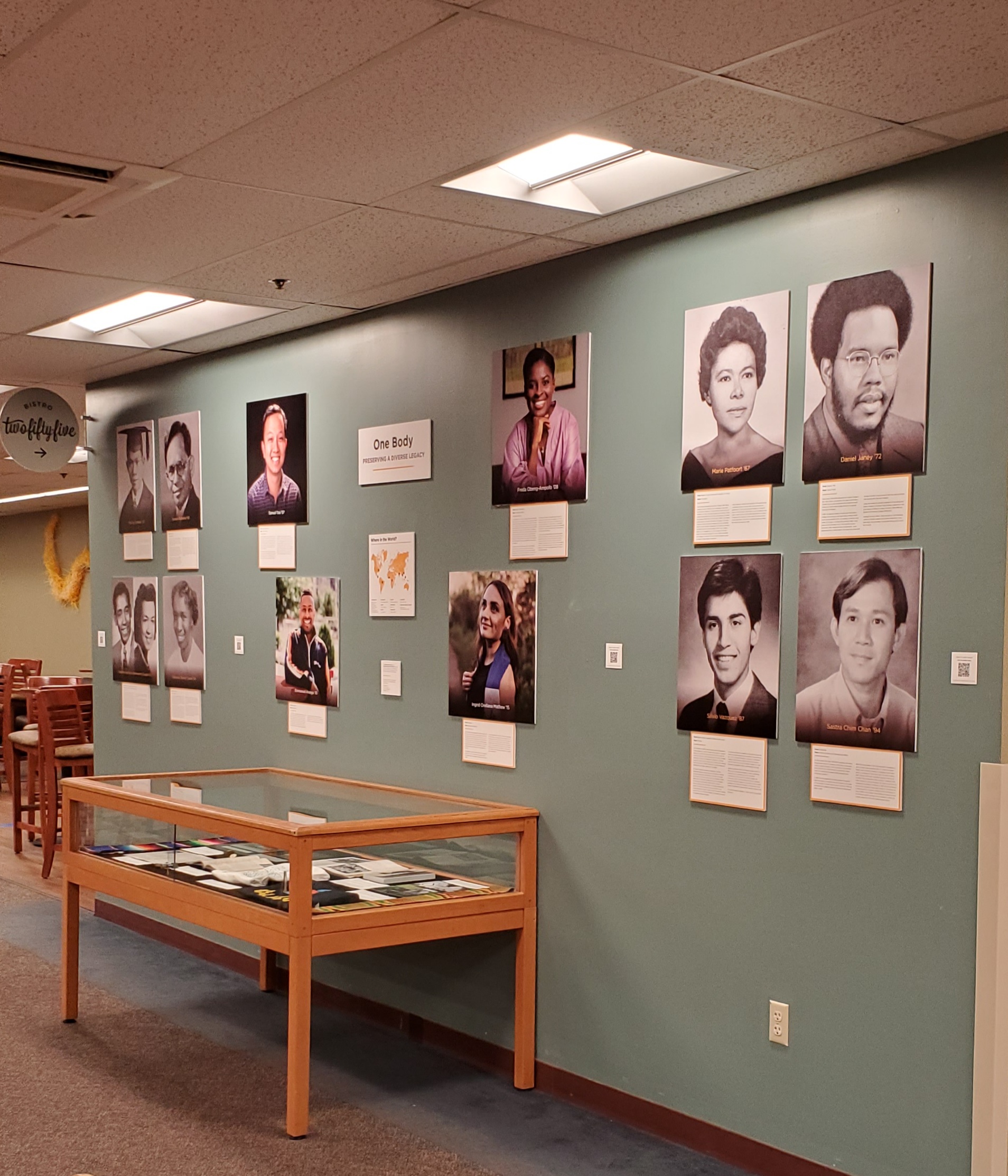 “One Body: Preserving a Diverse Legacy”

After Patricio Confesor ’26 graduated from Gordon, he returned home to the Philippines to serve as a pastor. He took a break from ministry upon contracting tuberculosis, but when the Japanese invaded during World War II, Confesor joined a resistance group and was sent into the mountains. The air miraculously cured his tuberculosis, and the pastor eventually reorganized the government in his region and joined the house of representatives.

Diverse alumni from Gordon and Barrington like Confesor represent a wide range of stories that connect the generations, and “One Body: Preserving a Diverse Legacy” tells some of their stories just in time for Homecoming and Family Weekend 2021. A collaboration with the Multicultural Initiatives Office, the exhibit features graduates from each decade over the past century—including Confesor; Veronica “Ronny” Lanier ’54, who in 1975 became the second Black woman to be ordained by an American Baptist church; all the way up to Ingrid (Orellana) Matthew ’15, Gordon’s director of international student services, who was born and raised in El Salvador.

“We have this great, diverse body of students with really crazy interesting stories from very varying backgrounds,” says St. Germain. “It’s important for students in this day and age to recognize and relate to stories from the past.”

Unable to make it to Homecoming and Family Weekend? All exhibits are also available to view online.

Register for Homecoming and Family Weekend to visit the Archives and other exhibits, October 1 and 2 >