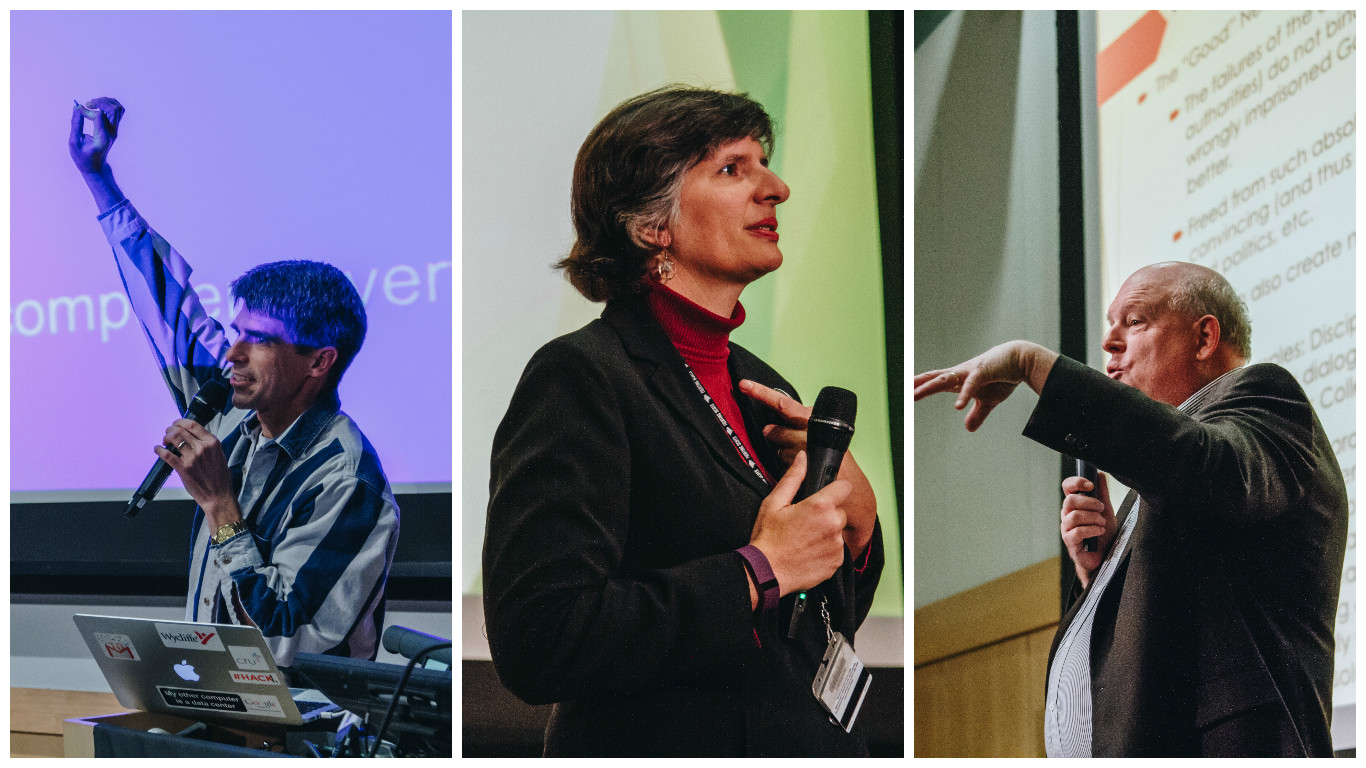 For undergraduate students, research can be a foreign, sometimes frightening concept because of its seemingly esoteric nature. But for many Gordon students, it’s an integral part of the learning experience. Sometimes they’re on the front lines, and sometimes they’re the ones benefitting from the results.

For example, as a result of Dr. Russ Tuck’s work with senior computer science teams, the time it takes to scan student IDs after Chapel services for Christian Life and Worship credit has been nearly cut in half. What used to feel like an endless waiting game for students can now be done in just a minute longer than a fire drill.

Tuck, a former Google engineer, was one of three professors seeking to “spark” an interest in student research by presenting a TED-style talk about their relevant and innovative work. The event was hosted by the Undergraduate Research Council, which awards $15,000 per year to student-faculty research teams.

Professor of Biology Dr. Dorothy Boorse began her talk with a declaration: She wouldn’t spend any more time convincing people that climate change is real. As a matter of fact, she said, it is a real national security issue, a business risk, a health hazard and an opportunity for energy efficiency.

“One of the differences between the major platforms that we saw [during the recent presidential election] was whether or not we support international agreements to protect the environment,” she said. “Other people outside of the United States have a strong opinion that we ought to do so; that we should care about the world; that we should pay attention to sound science.” A national leader in environmental science, Boorse implored students to take seriously the long-term impacts of climate change.

Dr. Mark Gedney, professor of philosophy, brought the conversation to a close with the political ideology that is shaping our society. The theory of secularization, he proposed, is “the forces of modernization and globalization are moving inevitably to marginalize religion.” Under this theory he asked, how should our political-social life be organized? How should we think about our secular living together? How do we engage?

“If we retreat from the public sphere, then in a certain weird way we give a kind of competitiveness to the secularization thesis,” he said. Because of the porous borders that wall off secular and religious society, Gedney said, we have little choice but to bring Christianity into the public square. Research is just one avenue through which Christians can engage.

← Tales of a Nomad in New Zealand: Why Leaving Isn’t Goodbye
Art Department Brings Students Together with New Gatherings →