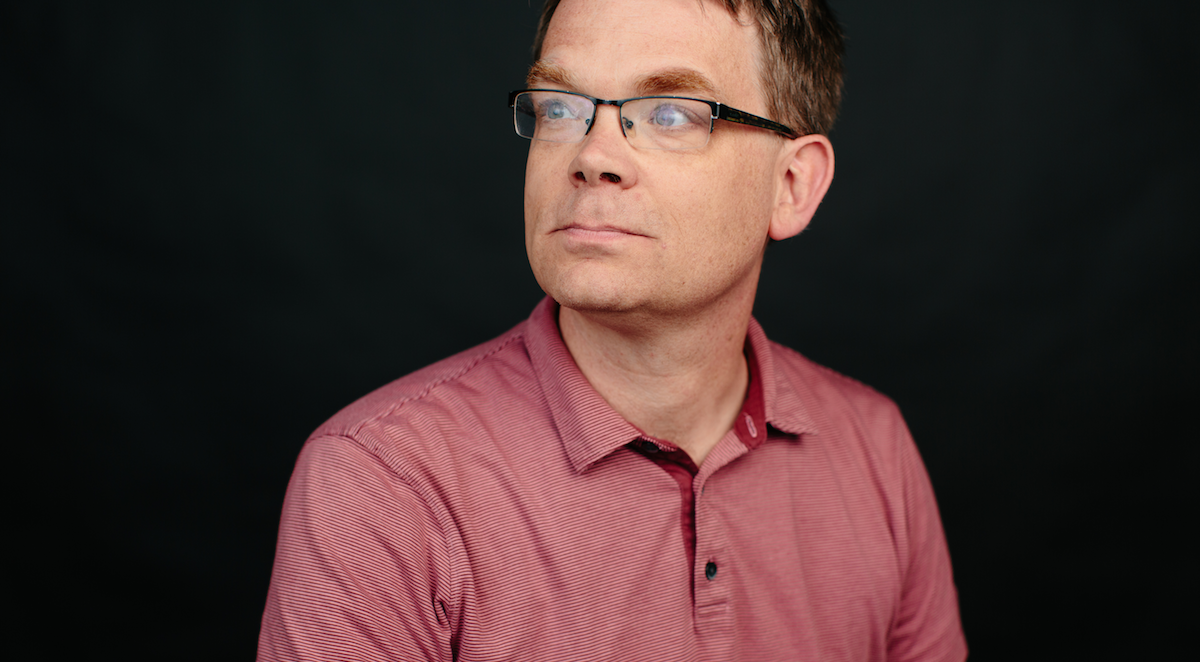 As a Canadian citizen and political science professor in the U.S., Dr. Paul Brink says that, for Canadians, living next door to the United States is like “sleeping with an elephant”: you may not be frightened—but you still watch every move in hopes that it doesn’t roll over.

“This is as true this year as it has ever been,” Brink says. “The past year in politics has given us many things to talk about. At Gordon, it has allowed for great conversation among faculty and students about very basic questions concerning what politics is for.” The unusual political climate has offered an opportunity to “ask questions and develop answers that we had always just assumed rather than articulated,” he says.

Brink’s passion for public policy and politics at the most basic level traces back to an experience he had as a child on June 16, 1976—the day of the Soweto Children’s Massacre in South Africa.

This day marked the beginning of an uprising in the socio-political landscape of South Africa. Thousands of South African students took to the streets in protest of changes to their educational system. Police opened fire on the students, heightening instability and sparking riots against the apartheid government. “I remember my father was deeply affected,” Brink says, “and I have not forgotten it to this day. It had a big impression on me.”

More than 40 years and three degrees later, Brink’s passion remains. In his classroom at Gordon, he speaks often on the issue of pluralism and justice: how many people from multiple ethnic backgrounds, cultures and religions can come together into one political body. Pluralism evokes questions about how Christians can honor their neighbor in a political sense, but also how they can serve God and evangelize at the same time.

“Currently I’m looking at various approaches for responding to the issue of pluralism,” Brink says, “and asking questions about the strategies Christians should use when it comes to political engagement.”

When he is not at Gordon, Brink enjoys hiking and camping with his children and wife, Jennifer, who works in the office of academic advising at Gordon. He serves on the board of North Shore Christian School and is an avid stamp-collector (currently boasting 19 albums!).

Brink and his family are also active members of North Point Evangelical Presbyterian Church in Danvers, MA, which they helped found. “Our church has a very big view of what the implications of the gospel are for all of society,” Brink says. “One of our catchphrases is ‘Every square inch.’”

“Every square inch,” Christ has claimed for his own, Brink says. Whether journalism, art, politics or economics, or child care and bathroom cleaning before church on Sunday morning, “all of this is done for the glory of God.”

Brink loves to spend time with his family geo-caching in the local towns of Ipswich and Danvers, but also takes personal time out of his day to pour and invest into his students, noting that “students at Gordon are a blessing—they are the best part of my job.”

Brink encourages his students to invest in their faculty and other students, not only their books—a lesson learned during his days at Redeemer College, Dalhousie University and eventually the University of Notre Dame. “The specifics of the information may matter less than you might think.  Although doing well academically is vital, major in faculty if you can,” he says. “Building connections and learning how to learn is the most important thing you can do as a college student.”