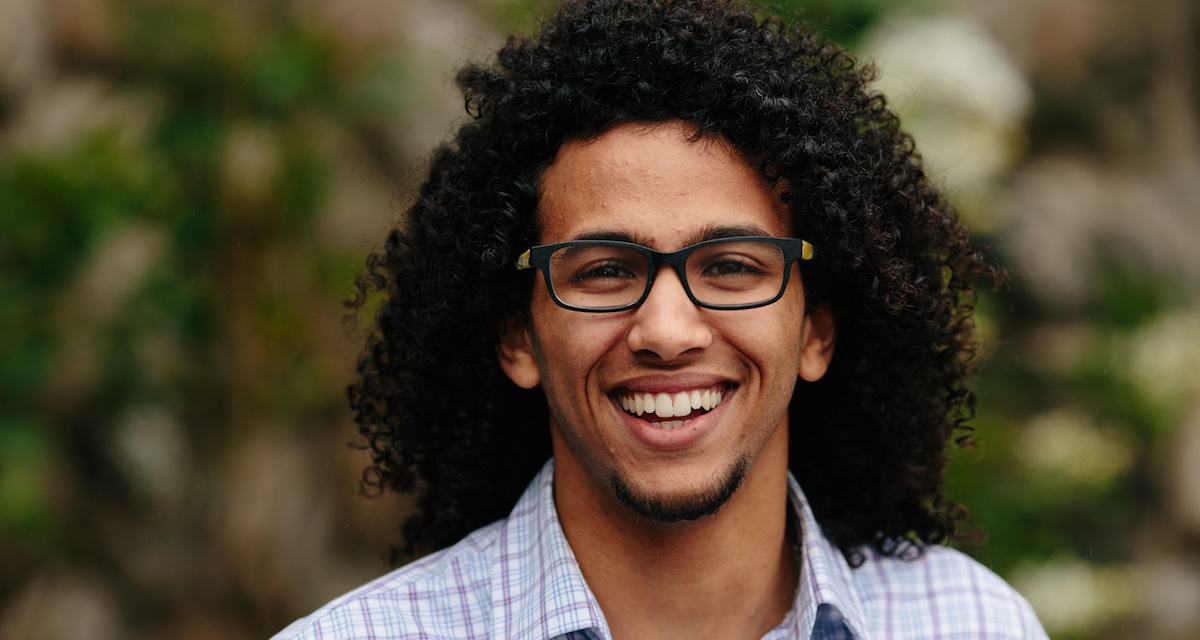 A version of this article appears in the spring 2019 issue of STILLPOINT magazine under the title “Vocation as: Bridge-building.”

Karim (Kika) Ghobrial ’16 has high ambitions for his future, but instead of the boardroom, he’s aiming for the garbage—literally. The “Garbage City” in Cairo, Egypt, is the unthinkable home to countless Egyptians who live off of trash, and it’s a place that’s tugging at Ghobrial’s heart.

“I have connections to the biggest churches in Egypt,” says the Cairo native, “but what if I use my skills in an area that doesn’t have lots of resources?”

Since moving to the United States with his family in third grade when his father became the pastor of Arabic Evangelical Baptist Church in West Roxbury, MA, Ghobrial has twice returned to Egypt on mission trips—once to minister to children with special needs and young adults in the Garbage City. His heritage and his background in biblical studies continually compels Ghobrial to serve the Arab community.

For now, the Master of Divinity student at Gordon-Conwell Theological Seminary is pursuing this wide-scale goal locally. As the youth pastor at the very church where his father came to work, Ghobrial brings to his role an essential quality: a shared ethnicity.

“There’s a lot that comes with being a native Arab-American,” he says. “For now, God is calling me to be able to relate on a different level to all the kids here. I’ve been exactly where they’re at, with Arab immigrant parents who are sometimes a lot different than American parents, and who have a lot of different values and thoughts on some norms.”

Ghobrial’s ability to connect with Arab and Arab-American youth allows him to tackle an important crisis that he has witnessed in the immigrant church: “An immigrant church usually has its main service in its mother tongue, so you’ll see all of the kids in the worship service having no idea what’s going on,” he says. “Once the kids graduate from high school, they feel like there is nothing here for them, and they’ll end up not coming back to church.”

The phenomenon is one he’s even seen from his own mentors. “Almost all of the youth leaders who came before me are no longer in the church because that’s just the reality of immigrant churches,” he says.

Instead of idly observing the exodus of immigrant youth, Ghobrial asks, “How do we stop this from happening? How do we build a sustainable place for young adults in our church?”

The question became the topic of his Gordon-Conwell practicum. In search of solutions within the limited relevant research available, he’s teamed up with the Emmanuel Gospel Center in Boston and with similar churches across the country. Together, they have started to work toward an answer. This year, Ghobrial plans to launch a service in English (the mother tongue of many Arab youth in the Boston area) to foster a deeper sense of connectedness.

The further he gets into the project, the more Ghobrial realizes it won’t be a quick fix. But the ambitious task doesn’t deter him—it only inspires him to carry his calling further.

“What if I can use my gifts in an entirely Arab context,” Ghobrial asks himself, “what if I can use the things I’ve learned at the Arabic church, and maybe one day go to back Egypt and use them there?”