Toward the end of the spring semester, the Campus Events Council (CEC) kicked off its first-ever “Gordon’s Great Race” event. Inspired by the reality television game show The Amazing Race, which chronicles two-person teams racing around the world in a series of trying courses, Gordon’s Great Race stretched along the coast from Boston, MA, to Portsmouth, NH. Six teams competed for 12 hours to win a $600 airline credit during time-trialed challenges that put their bodies and minds to the test.

Students applied for the venture via video submissions to CEC explaining why they wanted to race. The teams were: Alex Monteiro ’17 and Adam Vigneaux ’18, Nathan Swaim ’16 and Jessie Fittro ’15, Daniel Gray ’18 and Christine Seibert ’18, Matt Shahzade ’16 and Cam Schofield ’15, Jenna Crosbie ’18 and Laureen Crosbie (staff), Jose Soltero ’15 and Dwight Huseland ’15. Jessie and Nathan gave CEC a good laugh with their creative video submission about being Cross Country captains who can’t stand each other. Dwight and Jose used written signs rather than speaking in theirs.

The course route and challenges were laid out by CEC. Teams started at Gordon, where they had to locate a clue hidden in a book in the Jenks Library stacks, hustle to find obscure locations around campus, sing “Party in the U.S.A.,” and write their name in paint with their seats. Transported in vans by CEC members, the teams then headed to Rockport, MA; Haverhill, MA; Portsmouth; Boston; and concluded at the finish line waiting for them back at Gordon.

In Rockport the groups were challenged to eat ice cream with crazy toppings and to paint Motif No. 1, the most painted structure in the world, located on Bradley Wharf. While in Portsmouth they were challenged to find a lobster shop and carry a lobster through the streets.

“Nathan and I worked together so well—I was pleasantly surprised by the way that we encouraged one another through the challenges,” said Jessie. “I consider Nathan a real friend after the experience, when before he was more of a co-captain and teammate.” Dwight and Jose came through with the lowest combined time during the day’s challenges, earning them the $600 airline credit prize.

This event marked the first time CEC utilized the photo-sharing app Snapchat in conjunction with an event. Each team made personalized accounts to keep their fans and friends in the loop with their progress, and to taunt their competition. “It was a lot more popular than expected,” said one of CEC’s publicity team members, Victoria Goebel ’16.

For some, though, the greatest race may have been getting to the end of finals this week. That’s why CEC hosts several end-of-semester events—including a coffeehouse, drive-in movie night, luau dance and senior formal—to provide study breaks and keep the community strong through the final stretch. 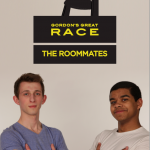 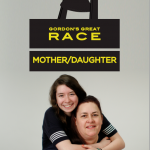 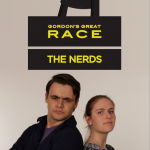 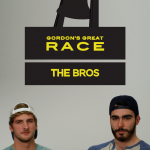 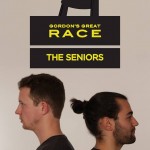 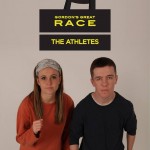