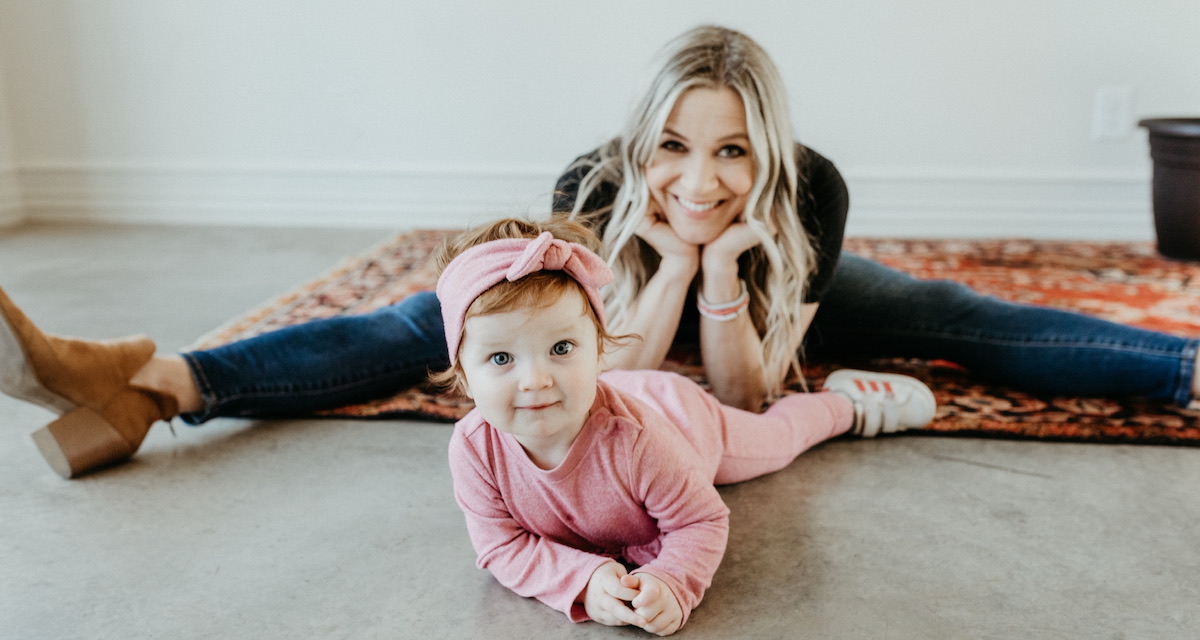 Choosing to Foster a Child as a Single Person

After two decades of working as a professional musician—touring as a backup singer for Kelly Clarkson, releasing four albums as part of the band Jill and Kate and performing in the heart of Nashville—Kate Rapier ’04 was living alone for the first time. It was March 2020. Her best friend and bandmate Jill Pickering ’04 had recently moved to New England to take care of older relatives at the start of the pandemic. And the pandemic was bringing the Music City to its knees, emptying out recording studios, closing venues and threatening the livelihoods of Nashville’s 60,000 full-time music industry professionals, Rapier among them.

In May, a few months into lockdown (and the loneliness that came with it), Rapier stumbled across an Instagram post her friend had reshared—of someone posing with two heart-faced children. The caption revealed that the mystery children were in foster care and that May was National Foster Care Awareness Month. Rapier thought of Pickering’s empty room and all the children out there who were stuck in unsafe homes during a pandemic with nowhere to go, and wondered, “Can a single person become a foster parent? Is it even allowed?” The foster parents of Instagram answered her question with proud hashtags like #singlefostermom and #singlefostermama.

Minutes later Rapier signed up for an informational session with Tennessee’s Department of Children’s Services, where she learned that there were (and still are) over 400,000 foster kids in the United States and roughly 7,500 foster kids in Tennessee. It’s where she found out that some placements last for less than 24 hours, some go on for years and some end in adoption—only when reunification with the child’s birth parents isn’t possible. “I didn’t sign up for foster care thinking I would ever adopt,” Rapier concedes. “I’d adamantly made up my mind that I didn’t want to adopt as a single person. The goal of foster care is to get families back together. I liked the idea that I could love and care for a child for a time and then my life would go back to normal.”

But Gigi changed all of that when she came into Rapier’s life on October 12, 2020, wrapped in her soft yellow sleep sack, weighing just seven pounds and five ounces. Rapier had received the placement call just hours before Gigi’s caseworker dropped her off. It gave her enough time to scrounge up a crib, baby bathtub, some newborn clothes and baby formula.

Picking up Gigi for the first time from the car seat in the back of the case worker’s car, Rapier says, “I had a mix of emotions because, on one hand, I was so excited to love this little girl. But on the other hand, I knew a family was being torn apart. A mother and father were losing their child. . . That’s one of the biggest things I’ve learned about fostering—you have to hold two conflicting emotions at the same time. Being grateful and excited you get to care for a child, while also holding sadness and grief for a family being torn apart. If reunification happens, holding both the loss of a child you loved like your own and celebrating that a family is restored as it should be.”

As the months progressed, reunification seemed unlikely for Gigi and her birth family. During an in-person check-in with her caseworker, Rapier was asked if she would consider adopting Gigi if reunification was no longer an option. Rapier didn’t hesitate to say yes. For Rapier, it didn’t matter that she was single. She knew she wanted to be Gigi’s mom if that was what was best for Gigi.

After 332 days in Rapier’s care, Gigi officially became her daughter. Today, Gigi is 19 months old. She loves making friends during trips to the grocery store, says Rapier. She’s learning to piece together full sentences, and often the first word she utters after a nap when she’s alone in her crib is “wow,” over and over again. “She’s a joy-filled child,” says Rapier.

At the start of the pandemic, Rapier lost her roommate and the ability to perform live, but now she’s gained a daughter and performed her first live show in over two years. And there’s much more to come. Next year, Jill and Kate will be releasing a new album, launching a new season of their podcast, Girls Just Pod to Have Fun, and publishing their first book—in celebration of their 20 years of making music together.

It’s not the “normal” Rapier had in mind when she signed up for foster care initially. Her short-term idea turned into a life-long commitment and now she’s figuring out what it’s like to be a single parent and a live performer in a world where COVID-19 is still present. But Rapier wouldn’t trade this “normal” for the version she’d dreamed up. She’s a proud #singlefostermom. And this month, she has been sharing her and Gigi’s story on Instagram to remind people of what can happen when you open your home to a foster child, even when you might not fit the traditional mold of a foster parent.

She says, “If you’re at all interested in fostering, there are a lot of kids out there who need some love. People often tell me, ‘I’m too late or I’m too old,’ and I just say, ‘I promise that these kids will not think you’re too old or too late. They’ll be so grateful you signed up.’”

Happy National Foster Care Awareness Month! To follow Kate’s and Gigi’s adventures together, check out @katerapier on Instagram. And to learn more about what it’s like to be a foster parent, visit childwelfare.gov