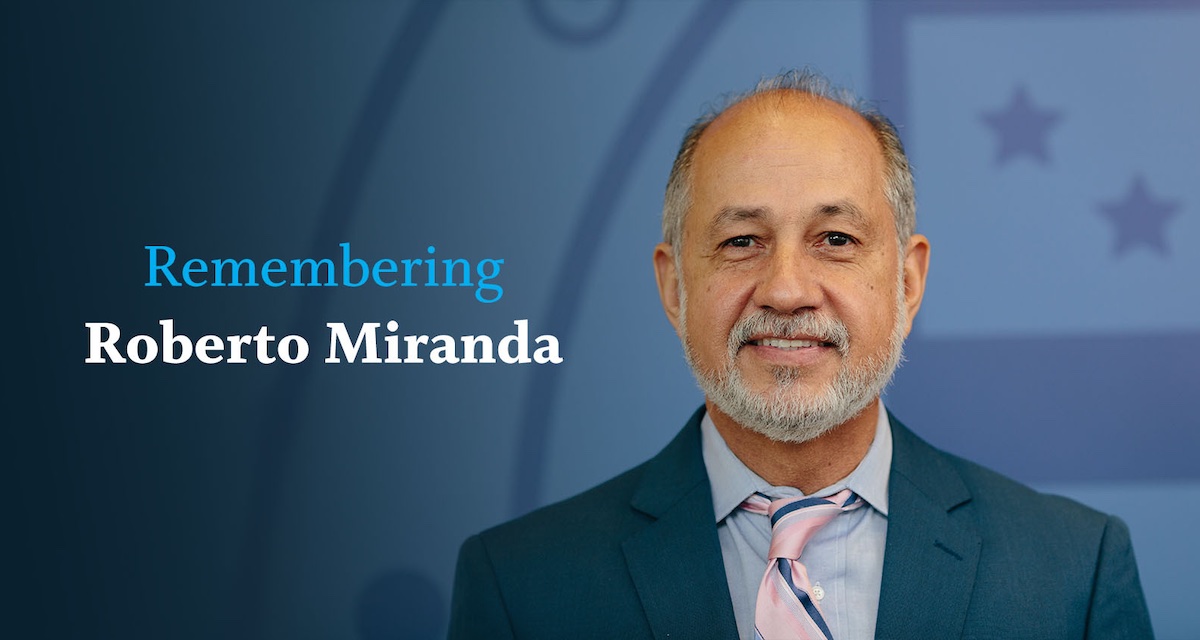 The Gordon College community mourns the loss of Rev. Dr. Roberto Miranda, who passed away unexpectedly on Saturday, May 21. Dr. Miranda joined Gordon’s Board of Trustees in 2004 and contributed to the campus community in many significant ways. A courageous servant-leader and minister of the gospel, he and his wife, Mercedes “Meche” Lopez-Miranda, have faithfully served for the past four decades at Congregación León de Judá, a bilingual church with a large congregation in downtown Boston and an emphasis on social programs that minister to immigrants and the poorer communities in the city.

“Roberto was a friend and gentleman who did not hesitate to speak the truth, always with grace and the love of Jesus Christ,” said President Mike Hammond. “We are deeply grateful for his ministry for the gospel, and his commitment to Gordon College and impact on the lives of our students through his service as a trustee, particularly as a member of the Student Life Committee for the Board. We will miss him dearly.”

Miranda earned degrees in international affairs from Princeton University (where he was awarded the Harold Willis Dodd Achievement Prize) and in romance languages and Latin American literature from Harvard University, where he was awarded the Modern Languages Travel Prize for the Best Teacher among Teaching Fellows in the Modern Languages Department.

In 2013, he received an honorary Doctor of Divinity from Gordon-Conwell Theological Seminary. In addition to a career in pastoral ministry, he has also served on various boards and in 2001 founded the Fellowship of Hispanic Pastors of New England (COPAHNI), where he has served as president in the past.

As a pastor committed to the Church, community and academy, “Roberto was crystal clear on our mission as Christians to proclaim the whole gospel,” shares fellow trustee Herman Smith Jr. “He and his church were deeply involved in social issues without compromising on the truths of Scripture.

“This is how he loved his neighbors and proclaimed Christ—both in obedience to our Lord’s commands. And he clearly saw the mission of Gordon College as contributing to that end, building up the young saints to enable them to faithfully and biblically serve the Lord in whatever vocation the Lord calls them.”

Congregación León de Judá has shared that the funeral service will take place this Friday, May 27 in the main sanctuary at 20 Reed Street in Boston. The sanctuary will be open for public visitation from 6 p.m. to 7 p.m., followed by a “home-going service” at 7 p.m.

More information regarding Pastor Roberto’s legacy is available on the Congregación León de Judá’s website and on Religion News Service.