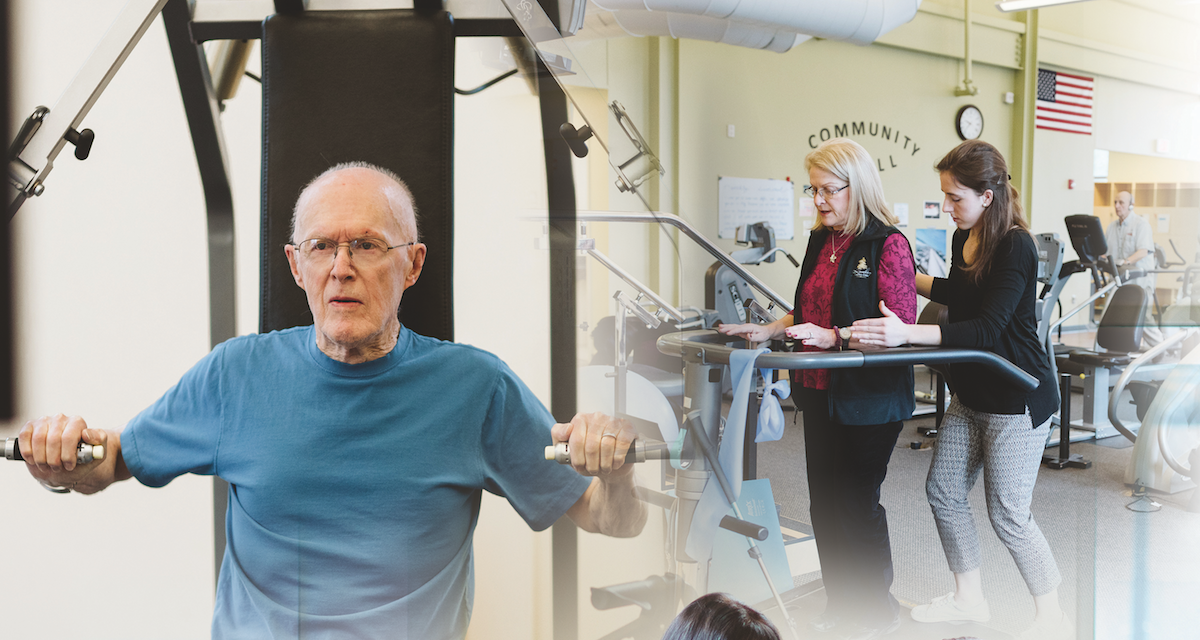 Compassion and Competence: The Center for Balance, Mobility and Wellness at 15 Years

This is what the LORD says: “Stand at the crossroads and look; ask for the ancient paths, ask where the good way is, and walk in it, and you will find rest for your souls.”—Jeremiah 6:16

As the Center for Balance, Mobility and Wellness (CBMW) celebrates its 15th anniversary, “it feels in many ways like we have hit a crossroads,” says Center and Research Director Dr. Sean Clark ’88 (kinesiology). He resonates with the passage from Jeremiah: “We’re at this point where God says, ‘Stand at the crossroads and look.’”

When Clark joined Gordon’s faculty in 2000, the College was seeking a flagship program hosted by the Natural Sciences Division. Drawing from the model of a program used in his doctoral studies, Clark proposed what would become the CBMW.

The Center launched in 2003 with two goals: provide experiential learning for students (from Gordon and the Boston area) and serve the physical needs of the elderly community. Now, their unique outpatient specialization in neurological and vestibular disorders, such as dizziness and vertigo, engages over 30 students annually and draws over 100 new evaluations and 700 treatment visits per month.

“It’s being a good neighbor,” Clark says. “It’s caring for a part of the population that is growing but is also being kind of shuffled out of society in some ways.”

Clark’s compassionate approach to healthcare infuses the CBMW with what many call its special sauce. “What does it mean for us to provide care that’s different,” he muses, “that’s compassionate, that shows Christ’s love in the moment?”

Reminding his staff and students that patients are not necessarily visiting because they’re having a good day, Clark encourages them to exemplify the fruits of the spirit. “How do you love patients?” he asks the students. “How do you carry the fruit of the spirit into a clinical context?”

At this crossroad of 15 years, the CBMW looks to the future with ambition. Some aspirations are tangible, like acquiring more office space and broadening the existing “Adopt a Grandparent” program, which pairs students and members. Others are spiritual—deepening students’ theology of suffering and doctrines of hope. Most importantly, Clark says, he aims to extend the Center’s reach in the community.

“There are neighbors around Gordon who have literally been touched, cared for, healed and made better,” he says. “If what you’re doing is not impacting lives, if it’s not having a positive effect, what are you accomplishing?”