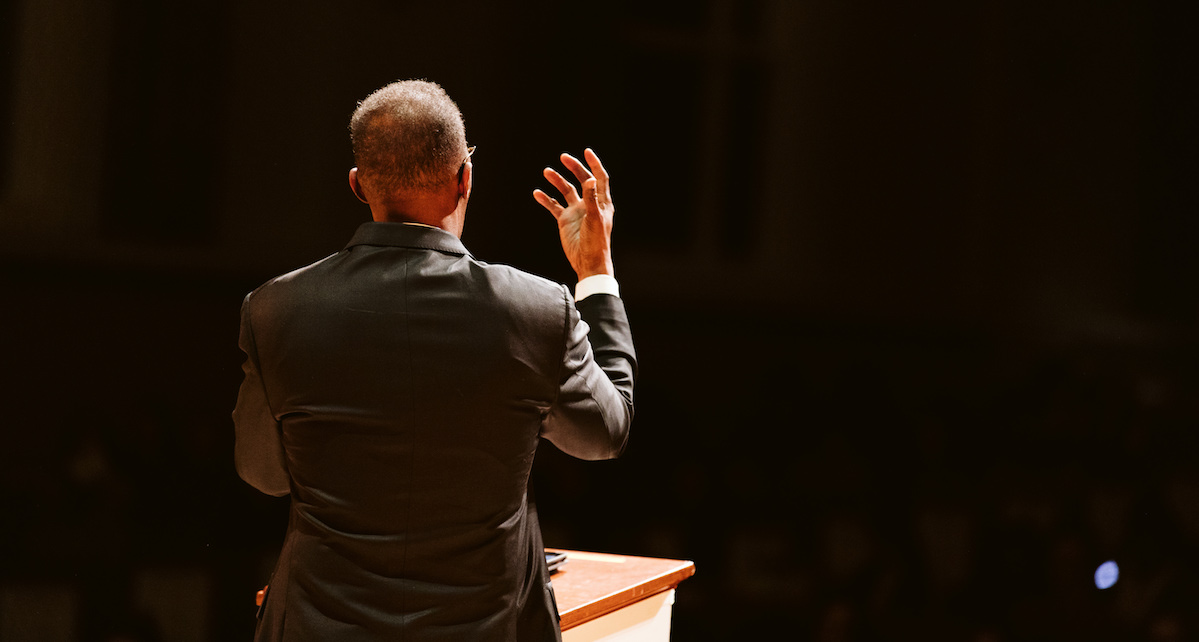 Between February 12 through 14, this year’s DEEP FAITH Week speaker and visiting pastor from Park Church in North Carolina, Bishop Claude Alexander, framed his series of four sermons in response to Netflix’s original series 13 Reasons Why—a story about a teenage girl, Hannah Baker, who leaves behind seven double-sided cassette tapes explaining why she chose to end her life. Examining Hannah’s struggles and experiences alongside those of biblical figures, Alexander reminded Gordon not of the reasons which to end our lives, but of the reasons we have to live. 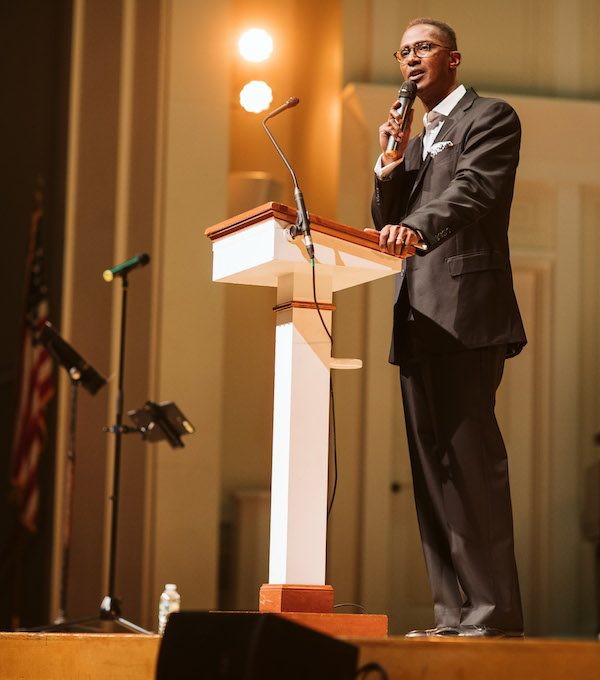 “You’re not here by accident,” Alexander said. “You are not here by happenstance. You are here by divine intention . . . God wanted you and God wants you to live.”

On Tuesday night’s sermon titled “Overcoming Indifference,” Alexander drew parallels from the lives of Hannah Baker and Judas Iscariot to illustrate that God is not indifferent toward us, but rather “sovereignly, individually, absolutely and everlastingly” invested in us.

Alexander began by recollecting, “One of the most poignant episodes in the series 13 Reasons Why is episode 13, where Hannah. . . goes to her principal, and instead of getting sympathy and understanding she receives indifference. When desperation is met with indifference, the stage is set for something tragic happening.”

This is not unlike, Alexander noted, the indifference Judas is met with after he betrays Jesus and returns the thirty pieces of silver to the church leaders, hoping for some redemption.

“After having kissed Jesus and watched Jesus be taken away, Judas recognizes what he has done,” Alexander said. “He’s filled with remorse. He goes back to the leaders and tries to give them back their money. He declares that he has sinned by betraying an innocent man. . . and the leaders say, ‘What do we care?’”

In a time of emotional and spiritual distress, Judas and Hannah are dismissed by those they’ve looked to for deliverance—and they no longer desire to live. But, as people who know and are known by God, we have every reason to live.

Alexander closed his sermon by saying, “From God, you will never hear the question ‘What do I care?’ Because, in his grace and his mercy, what we bring to God is everything to him.”

On Tuesday night following this sermon, Alexander invited students to the altar to be prayed over by faculty and staff. And before each of the DEEP FAITH messages there was a time of corporate worship led by Gordon’s worship teams, including Morning and Evening Chapel Bands, and the Catacombs team.

To catch up on a few of the DEEP FAITH sermons, watch them online.