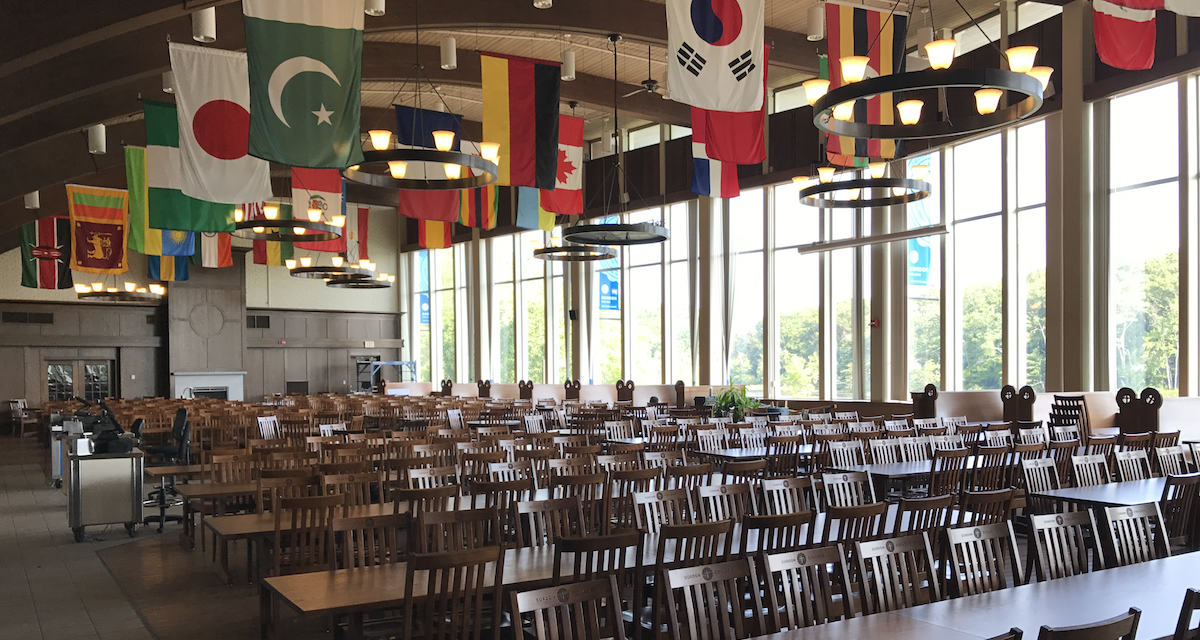 When students return to campus to kick off the fall semester this month, they’ll reconnect with new and familiar faces—often over shared meals. As they swap stories of summer adventures between bites, they’ll enjoy some new scenery in the main dining hall.

While students were away for the summer, Easton Hall has been undergoing a facelift. The campus community will now enjoy a modified layout with new tables and chairs, renovated booths with Coy Pond views, new wood paneling along the walls, and two gas-powered fireplaces. 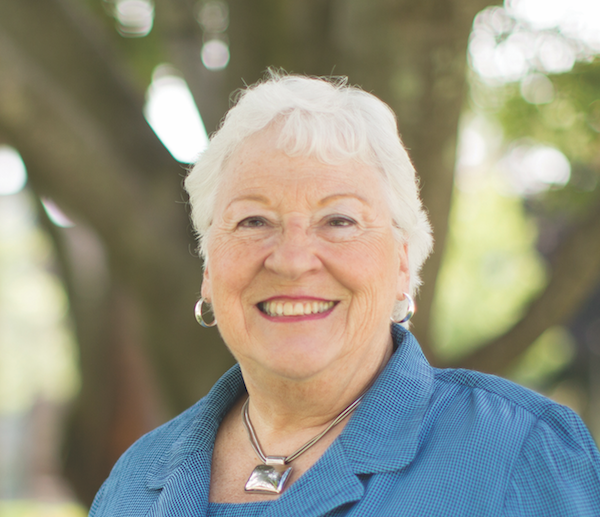 In addition to these cosmetic updates, the dining hall will also carry a new name, transitioning from Easton Hall to Tupper Hall, in honor of longtime Gordon supporter Sherry Tupper, whose generous donation made possible the improvements.

“I know that breaking bread together is a vital part of Christianity,” she says, “and it’s important for our students to be fed well—to have a strong dining program and good food.”

Tupper Hall will be dedicated at the Celebration of Faithful Leadership on October 19, 2017. Its new look and name are part of a larger upgrade of food offerings and facilities through a partnership with Bon Appétit Management Company, made possible in part by Tupper’s gift.

Through the new partnership, Gordon will work to improve the variety and quality of food products, and introduce new all-you-care-to-eat dining plans (in the next academic year), while still maintaining the traditional cash options. The College will also work closely with Bon Appétit on further facilities updates.

For Tupper, the investment in Gordon’s dining program is personal. “I’ve been involved since 1990 in one way or another,” she says. “It started with being a parent.” She served as co-chair of the Parent Advisory council while her son, Erik, was a student and has stayed involved since his graduation in 1995. She was a liaison to the Parent Advisory Council for the Heart of Discovery campaign, served as “Music Mom” for the Music Department for two years, became involved with Gordon’s Salzburg Institute (now the Salzburg Institute of Religion, Culture and the Arts), was a member of the Council of 125, and has participated in Gordon Getaways.

Tupper is currently involved with the Women’s Prayer Group on campus and is a member of the Global Advisory Council, which provides strategic counsel to College leadership.

“I call Gordon ‘my happy place,’” she says. “It feels like a second home.”

Alongside her steadfast involvement with Gordon, Tupper has served at her church for many years. She traces her ministry call to four years spent in Montreal, where she and her family had temporarily relocated. Previously a music teacher, she says, “It was while I was in Montreal that God spoke to me in such terms that I could no longer ignore God’s call.” She went to work as a pastoral assistant in a United Church of Canada, and then became director of outreach ministries at South Church in Andover, MA, when they returned to the U.S. She has since “retired,” and then rejoined the staff as the current minister of visitation. “With families in the midst of crises, deaths, illnesses and sickness. It is such a joy to be present with them and to reassure them of God’s love,” she says.

When Tupper isn’t busy caring for the members of her church or finding new ways to support Gordon, she knits prayer shawls and enjoys sailing, international travel and family time with her three grandchildren.

← Gordon Researchers Attack Allergies and Inflammation
Drawn Back to the Land of the Bible: 20 and Counting →
Loading Comments...