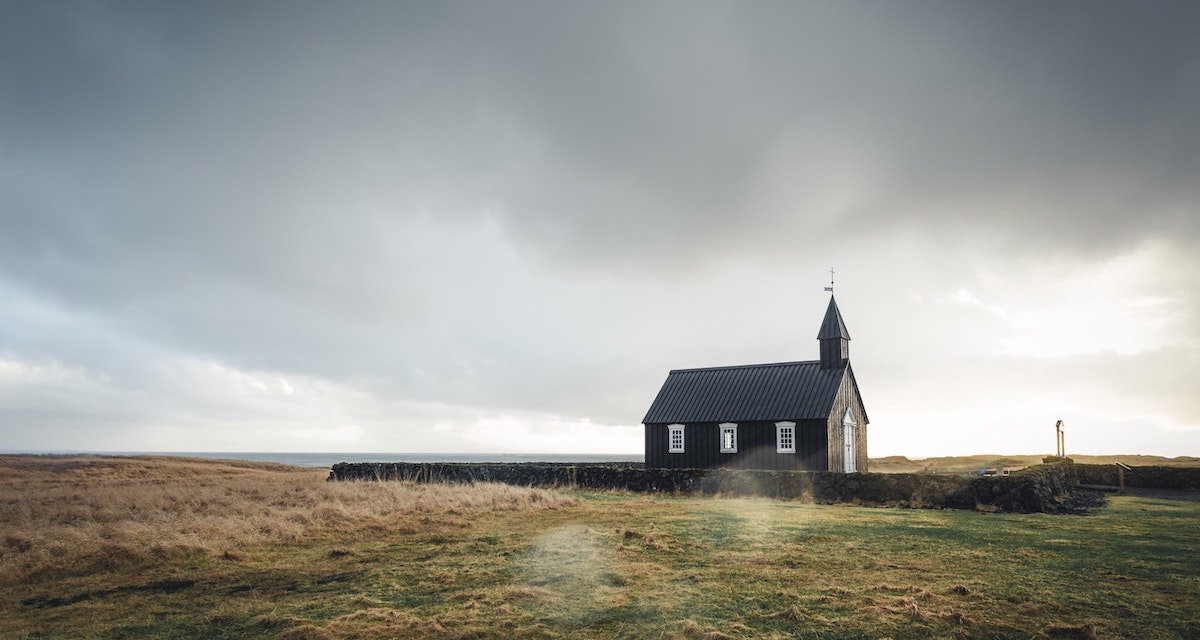 Pandemics, Plagues, Persecution: A History of Easter During Crisis

Easter will look different for most Christians this year. Families, friends and strangers alike here in the United States typically celebrate the resurrection of Christ together—declaring “He is risen!” side by side in packed-out pews, scouring the outdoors for treat-filled eggs and holding hands to pray around the table before sharing a festive meal.

In the throes of the COVID-19 pandemic, congregations give thanks that God is not contained in a physical space, and pivot to services that fall within social distancing guidelines. Most “gather” from a distance online and a few offer more creative workarounds (Rev. Aaron Goodro ’96 even held a drive-up service from the roof of First Baptist Church in Plaistow, NH).

But Easter 2020 is not the first year that Christians cannot gather for church. In fact, recalling the Church’s tumultuous history reminds us that we can rest in God’s sovereignty.

War, schism, religious persecution and political oppression are just a few examples of difficult moments in the Church, according Professor of History Jennifer Hevelone-Harper.

She points to examples like the 664 A.D. Synod of Whitby, called by Saint Hilda to reconcile differing church calendars, so that Easter could be celebrated in unity. Or when Oliver Cromwell banned holy days in England, as did Puritan Boston in the 17th century. Congregations painted Easter lilies black in 1865 following the Good Friday assassination of Abraham Lincoln, on what became known as “Black Easter.”

In modern times, the rationing of wartime and concerns of the Spanish Flu compelled First Lady Edith Wilson to cancel the 1918 White House Easter egg hunt and declare an “eggless Easter.” Under oppression from the Soviet Union, Ukrainian women quietly carried out a Lenten tradition of pysanky, intricate egg coloring. Just last year in Paris, Good Friday mass was held outside the scorched wreckage of the Notre Dame Cathedral. And many Christians around the world worship God underground in places where their faith is illegal.

Today our minds are, appropriately, focused on the pandemic upon us. But we are not alone. Hevelone-Harper reminds us that many cultures of the past have faced diseases far more damaging and fatal than the coronavirus. The Plague of Cyprian erupted in Ethiopia at Easter time in the year 250 A.D., ushering in a period of political, economic and military insecurity in the Roman Empire.

An account by the Byzantine historian Procopius describes how people retreated during the Plague of Justinian from 541 to 542 A.D., considered by some to be one of the deadliest pandemics in history. “When the plague hit Byzantium in the sixth century,” cites Hevelone-Harper, “streets were deserted. Everybody was hiding in their own homes, caring for the sick or trying to stay away from the disease. That pretty much describes where we are now.”

During historic epidemics, Hevelone-Harper says clergy died in large numbers as they cared for the sick and administered sacraments to dying: “Sometimes a whole monastic house was wiped out.”

Christianity Today recently reflected on words written by Martin Luther in 1527—as the bubonic plague devastated Germany, he weighed his responsibilities to minimize its spread and also to serve his neighbor. “I shall ask God mercifully to protect us,” he wrote before describing his cautious plans to “fumigate, help purify the air, administer medicine and take it,” in addition to practicing healthy social distancing. But he continues, “If my neighbour needs me, however, I shall not avoid place or person but will go freely . . .”

But in contrast to the clergy who went out to assist during prior pandemics, “the theological framework we’ve been given today is slightly different,” says Hevelone-Harper. “By staying home, it’s not selfish self-preservation. I think in the past it has been true that the church has braved the sickness and cared for the dying, but what we’re hearing now is if we go out in the streets, we may put more people at risk.”

So, what can Christians today glean from the past?

“When medieval peasants in England heard the plague was in France, that seemed as far away to them as us today hearing it was in China,” says Hevelone-Harper. While we benefit from more advanced technology, medicine, germ theory and communications, the unknown is difficult to internalize. “One of the things that is so disconcerting about pandemics,”
she says, is that “there’s no one who will say, ‘This is what’s going to happen.’”

For encouragement, Hevelone-Harper looks to medieval anchoress Julian of Norwich, who received divine revelation upon falling ill: “All shall be well and all manner of things shall be well.” Hevelone-Harper summarizes, “Bodily illness does not preclude spiritual well-being. The way we define wellness and the way God may see our wellness might not coincide.”

On Ash Wednesday, Lent began with the tradition of ash crosses and a benediction to “Remember that you are dust, and to dust you shall return.” Beyond exercising creativity as we plan remote church services and socially distanced Easter egg hunts, the COVID-19 pandemic coinciding with Easter is an opportunity to remember that pain points us toward God.

“We need to remember our mortality,” says Hevelone-Harper. “We don’t know why suffering comes, but the answer is that Christ suffered. Christ suffered on the cross, and Christ continues to suffer with us in the broken world.”

And in our own weakness, we see the power of Christ’s resurrection—the hope in a loving Father for salvation that promises an everlasting relief from pain.