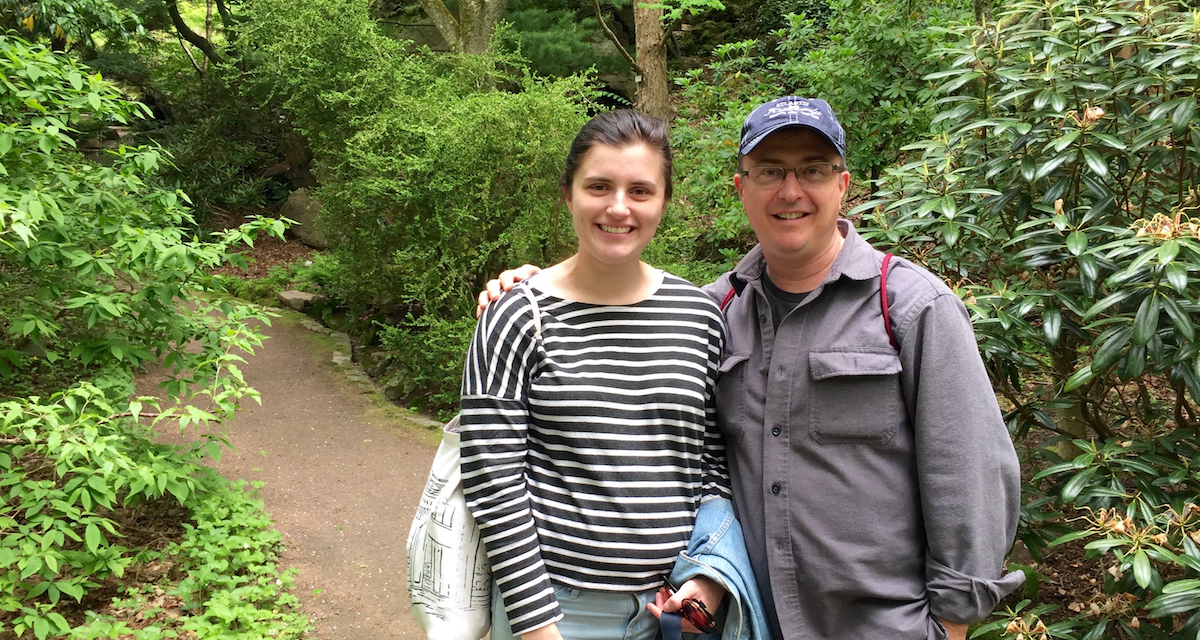 Posted on November 7, 2017 by collegecomm

Amidst the ongoing Syrian Refugee crisis, Rachel Baldwin ’17 worked tirelessly on a film that would promote better cultural understanding. On location in Sweden for the Frontier Filmmaking Seminar this past summer, Rachel (pictured above with her father, who runs the seminar) helped Create International film a modern retelling of the story of Ruth from the perspective of three Syrian women who had recently arrived in Sweden.

Beyond leading the costume department and production assistance for the actresses—and learning filmmaking essentials along the way—Rachel’s experience exposed her to many different realities that Syrian refugees face.

“There were a thousand personal reasons why I was so excited to go on this trip,” Rachel says. “I was most excited to be able to meet and work with Syrian women, which is why I requested the jobs that would keep me working with them one-on-one as much as possible. I learned so much from the women we worked with.”

Though many refugees face significant challenges in surrounding countries, Rachel says she was surprised to see how smoothly many had assimilated into Swedish society.

“There is absolutely not one single story describing the experiences of Syrian people seeking refuge,” Rachel says. “One of our actresses [a refugee] . . . has lived in Sweden for almost 10 years. She has a daughter who goes to Swedish school and speaks Swedish, Arabic and English. Every experience is dramatically different. Everyone has their own story.”

While shooting the short film, Rachel enjoyed the hospitality of Middle Eastern culture, which included the best meal of her life, she says. “We shot a scene at an Iraqi woman’s house and she cooked for two days to prepare for us,” Rachel recalls. “Hummus, tabbouleh, pita and stuffed grape leaves.”

Rachel’s experiences helped her better understand the culture that is currently facing great conflict—an understanding that Rachel feels all Christians should work to develop.

“We are called to take care of our fellow brothers and sisters in Christ and to ‘love the least of these,’” she says. “There are endless ways to do that. God blesses us with creativity, and I was so privileged and blessed to be able to do something creative, that is also going to help bring the love of Christ to people who need a reminder of it.”