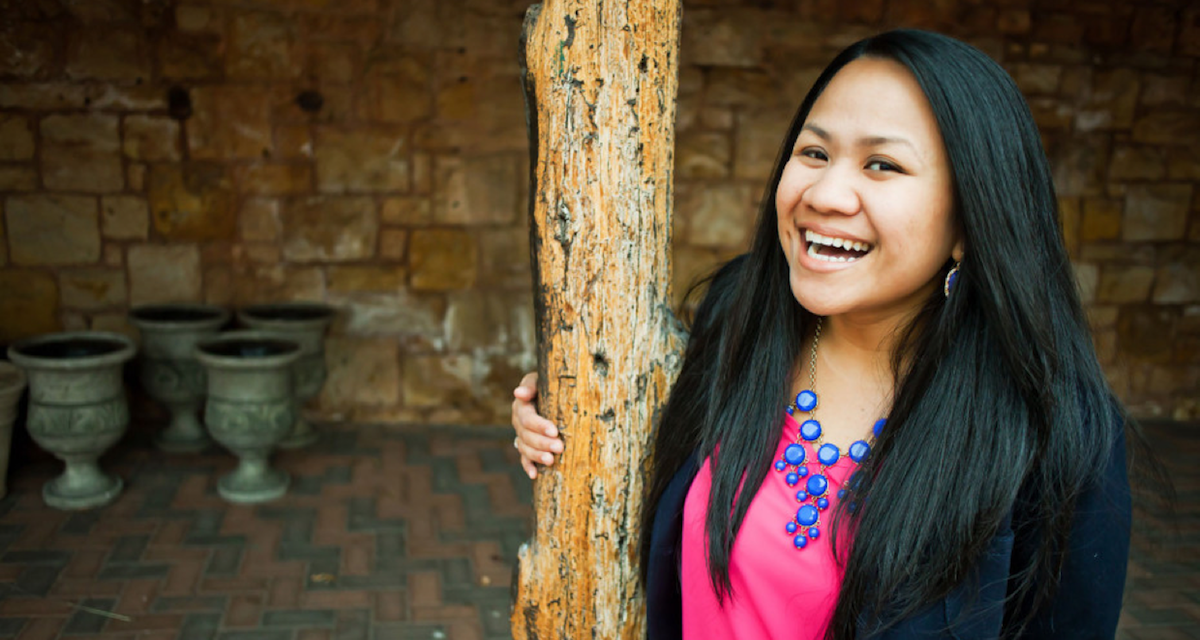 From Food Scraps to First Fruits: A Story of Compassion Sponsorship

It’s raining in the Philippines, and a seven-year-old girl lies awake in bed with her sister, listening to the downpour ricochet off the bamboo roof above them. Scrap paper and used magazines plug holes in the walls and ceiling to keep the rain out, but still the girls do not sleep for they have not eaten all day and their hunger is outlasting their exhaustion.

This was the near-daily routine for Keewani Vallejo, who was raised in absolute poverty for most of her childhood, before God changed the direction of her life through the work of Compassion International—“a child-advocacy ministry that pairs compassionate people with those who are suffering from poverty.” Years later, Vallejo came to Gordon to share her testimony during a recent morning Chapel gathering.

For years, Vallejo said, she and her family lived with next to nothing and went hungry constantly—a reality her father’s alcoholism did little to change. It wasn’t until her father came across a brochure with the verse John 3:16 written on the back that things began to shift. The words confronted him with his years of mistakes and, on that very night and each night after, he came home sober.

Vallejo continued to share her story of redemption and hope. As she and her family began attending church, Vallejo became one of Compassion International’s sponsored children. The first letter she received from her sponsors—a family in Australia—said she was pretty and that Jesus loved her. The sureness of that statement, Vallejo recalled, rocked her. She had never thought that either of those things could apply to her, but there they were, staring back at her from a wrinkled piece of paper.

So she came before God and asked him if this was truly how he felt about her. She remembered clearly: He told her yes, this was exactly how he felt about her. From that moment on, this single truth became the foundation on which she has been building her life. It has carried her into college in America, into marriage and into her career with Compassion International, where she now supports two children and shares about the good work Compassion is doing across the world.

“God uses ordinary people to change people’s lives,” Vallejo said. “Be willing to be God’s hands and feet,” she continued, “and to partner with him to change the world.”

To wrap up her testimony, Vallejo shared about how she recently flew her parents from their home in the Philippines—where her mother pastors a small community church—to her home in Atlanta for a visit. Vallejo brought them to an apple orchard because, she said, no longer were rotten apples something they could only wish for; instead, they could now take their pick from all of the ripest, most perfect fruits that hung from those healthy branches.

“If he can turn things around for me,” Vallejo said, “he can do it to you and through you.”

This is the kind of testimony that Compassion International strives for—and it wasn’t the only testimony they shared with the Gordon community that week. From September 13 through 16, outside of Barrington Center of the Arts, Compassion International set up an immersive exhibit called the “Compassion Experience,” which allowed visitors to take a tour through the lives and experiences of sponsored children. Compassion gave over 3,000 tours, and received 97 child sponsorships—one of the highest number of sponsorships Compassion has ever received within a single week. 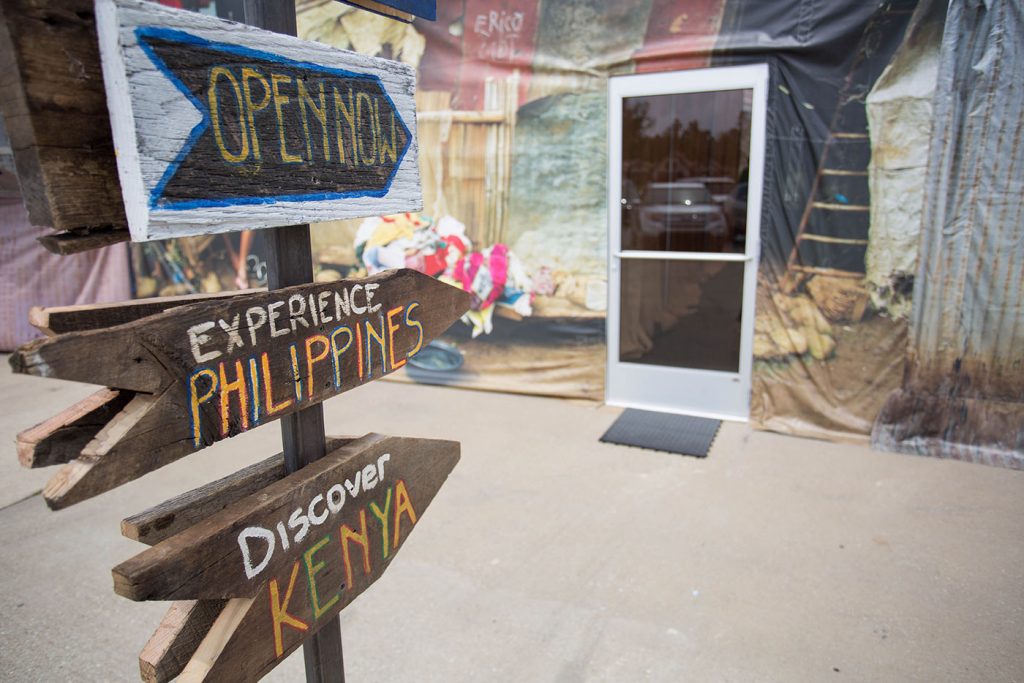