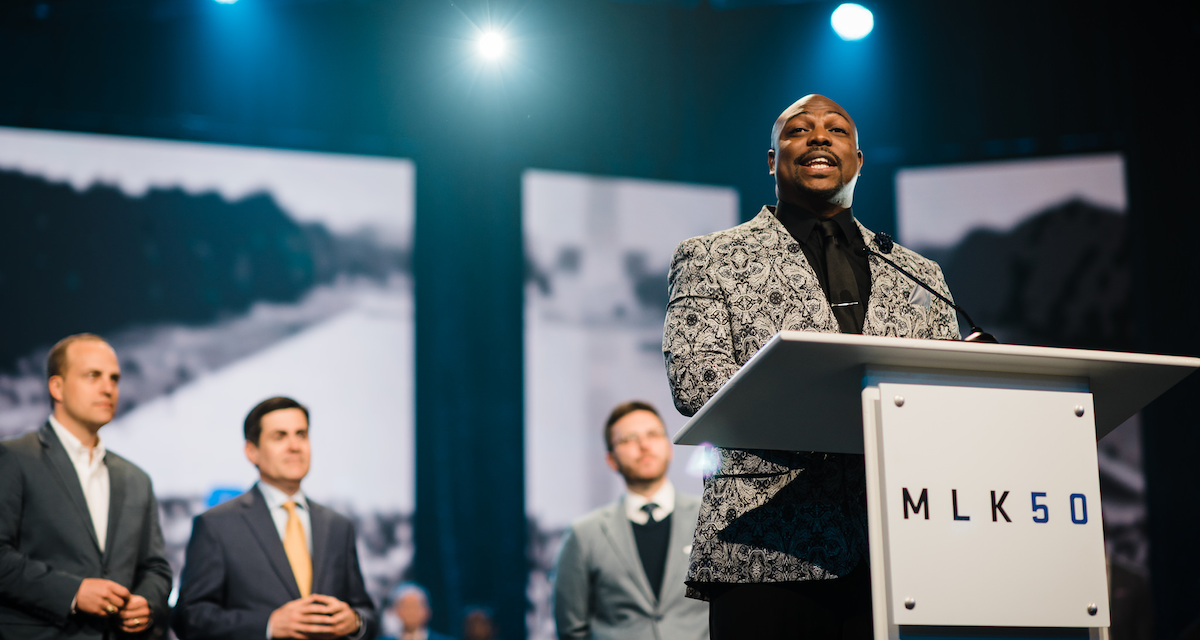 Earlier this week, thousands gathered in Memphis, Tennessee—the site of Martin Luther King Jr.’s assassination 50 years ago—for the “MLK50: Gospel Reflections from the Mountaintop” conference hosted by the Ethics & Religious Liberty Commission of the Southern Baptist Convention and The Gospel Coalition. “This was an opportunity for the Church as a whole to reflect on where Christians have been and look ahead to where we must go as we pursue racial unity in the midst of tremendous tension 50 years after Martin Luther King Jr.’s death,” said Dr. Charlene Mutamba (director of multicultural initiatives and the Clarendon Scholars Honors Program at Gordon), who attended the conference with two students, Nigesca Maxime ’19 and Anthony Katoto ’19. 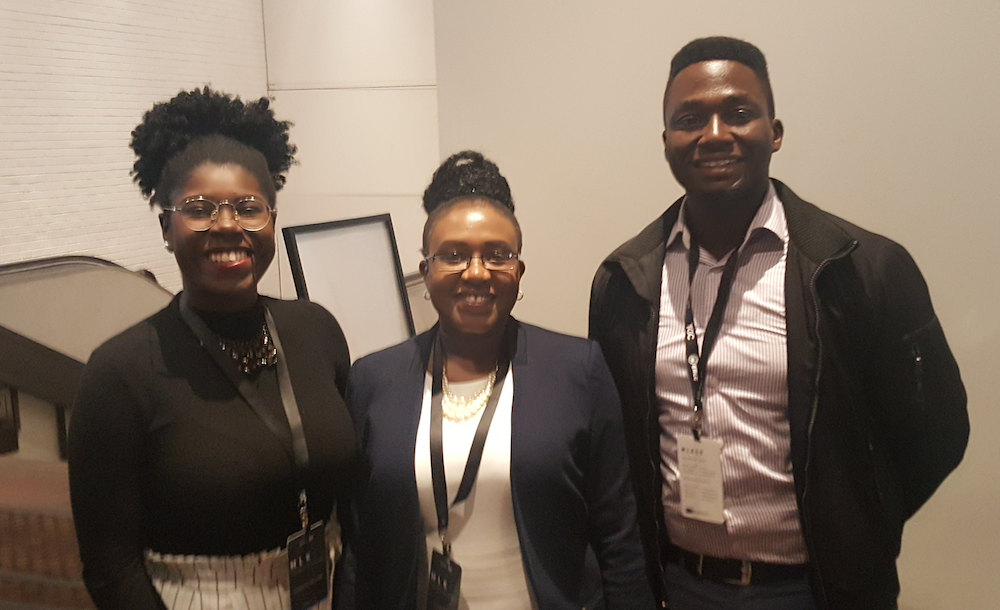 The conference included the announcement of the MLK50 Dream Forward Scholarship Initiative—for which 20 Christian institutions, including Gordon, offered a total of $1.5 million in scholarships to honor Dr. King. “The centerpiece of this effort is the creation of new pathways to a quality higher education through an array of tuition scholarships at participating Christian colleges and universities around the country, reserved exclusively for minority students in Memphis,” says Mutamba. By offering full and partial tuition scholarships, “The goal is to equip these students to return to their home community to strengthen it in some way, for example, by returning to the Mid-South to make a difference for a local church, ministry or nonprofit. ”

Gordon offered one of 12 spots in the highly competitive Clarendon Scholarship program, which covers 75 percent of the cost of attendance, for fall 2019. Consistent with the goal for the MLK50 Dream Forward Scholarship Initiative, Clarendon Scholars are selected because of their demonstrated leadership in their school and church, their academic promise and their desire to positively impact their community. The program’s cohort style format includes mentoring relationships, peer support and leadership training that equips participants to succeed in all aspects of their college experience and future career, while nurturing their vision for service in an urban area.

“By investing in the next generation of minority scholars,” reads a memo about the initiative, “participating schools are leaving a positive legacy in the wake of the 50th anniversary of the death of Dr. Martin Luther King Jr.”