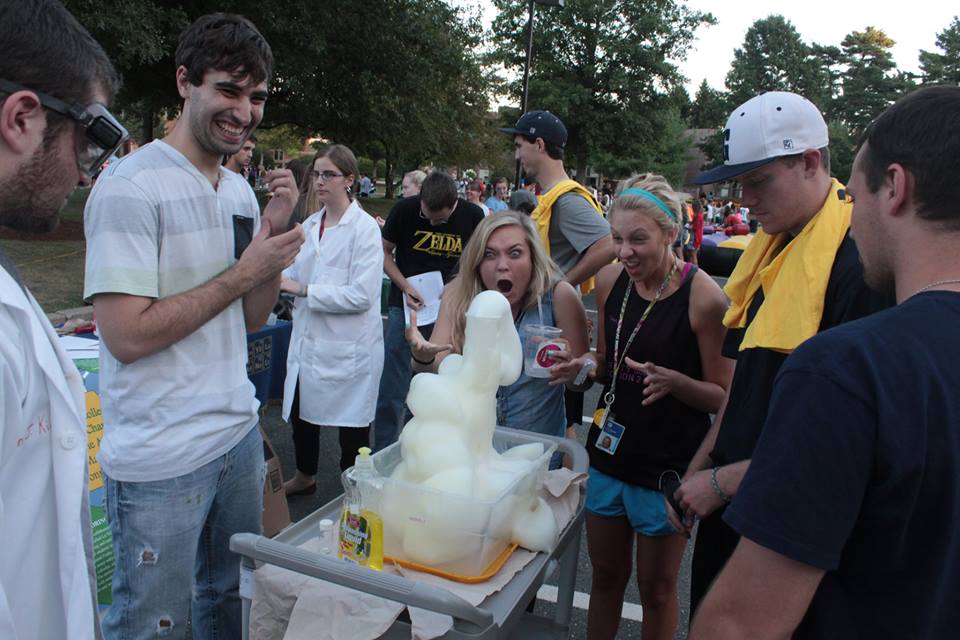 The Gordon College Student Chapter of the American Chemical Society received national recognition for their activities during the 2013-14 academic year. The chapter also received a Green Chemistry Chapter award. The American Chemical Society is the world’s largest scientific society with over 161,000 members. Gordon College has had a large increase in science majors over the past few years; 23 percent of Gordon students now majoring in the sciences. That’s a 50 percent increase over the past three years.

There are over 1,100 student chapters of the American Chemical Society and fewer than 10 percent of them receive these combined awards. In New England only two schools received both awards: Gordon College and Northeastern University. Kudos to chapter officers Brittany Marshall, Logan Walsh, Daruenie Andujar, Elizabeth Fjellstad, and Ina Chung.

Gordon College is a multi-denominational Christian college of the liberal arts and sciences on Boston’s North Shore, offering majors in 38 fields with graduate programs in education and music education. Gordon is nationally recognized for excellence in academics and in character building, and ranks as one of the nation’s top Christian colleges.
www.gordon.edu