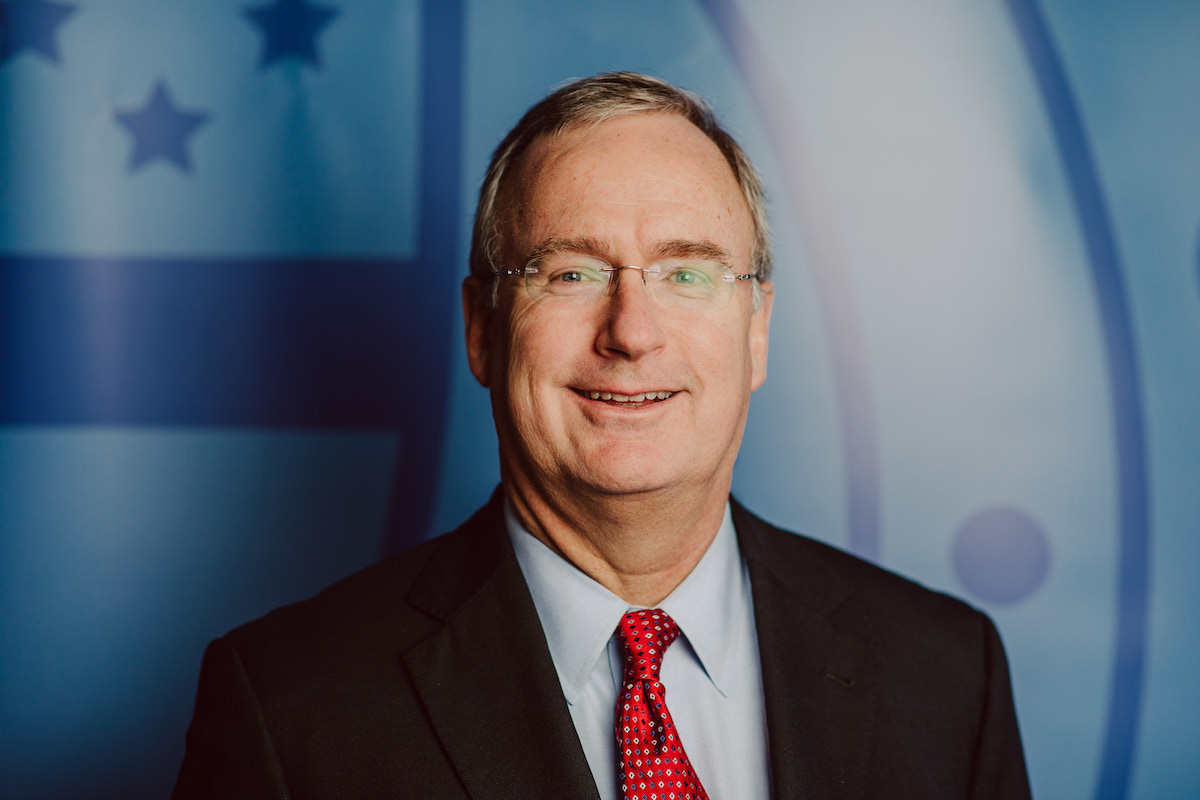 Posted on December 9, 2018 by collegecomm

Following a search comprising nearly 500 candidates, Gordon College has named John Truschel as vice president for finance and business development effective December 10, 2018. Truschel will report to President D. Michael Lindsay and serve as a key member of the President’s Cabinet as the College’s chief financial officer.

Truschel succeeds interim Chief Financial Officer Gordon Hall, a seasoned senior executive with significant experience in management and finance, who has served since early September with an original expectation of completing his duties by Thanksgiving. Hall graciously agreed to serve until the College found the ideal candidate and has volunteered to assist the transition in any way possible to ensure a smooth transition for Truschel and the College.

“We are thrilled to welcome John Truschel to this strategic role,” says President Lindsay. “We were drawn to John’s depth of experience in the world of finance, but we also greatly appreciate his commitment to Christian education.”

Truschel joins the College’s senior leadership after a distinguished career in the investment community, most recently serving as principal and portfolio manager at Mercer Investment Management. Prior to Mercer, he served as chief investment officer at The Boston Company Asset Management where from 2003 to 2014, Truschel held a successive series of senior roles—including heading investment strategy, directing portfolio strategy and leading a large number of finance professionals—which culminated in his role as executive vice president and global head of investment strategy. Previously, Truschel held senior finance positions at Standish, Ayer & Wood and The Tower Group.

After earning a liberal arts degree in history and religion from Westminster College in his home state of Pennsylvania, Truschel served for three years in campus ministry with the Coalition for Campus Outreach at Grove City College. During that time, he also worked as a graduate assistant coach, led campus Bible studies and taught at a nearby Christian high school. He also met his wife, Laurie, during this time; they have been married for more than 30 years.

From Grove City, Truschel secured a position in Pittsburgh with Federated Investors and earned an M.B.A. with a finance concentration from the University of Pittsburgh. He subsequently achieved the designation of Chartered Financial Analyst. As part of a relocation to Boston in 1995 to join Fidelity Investments, the Truschels decided to settle close to Gordon’s campus and became deeply engaged in the life of the College.

Eventually, Laurie Truschel joined the staff of the Chapel Office as director of student ministries and later transitioned to the Advancement Office, where she was most recently director of the Student Ambassadors program. After serving for 12 years, Laurie retired from Gordon in 2017. Even since then, the Truschels have continued to host Gordon students in their nearby home and offer support in many forms as members of the College’s Global Advisory Council. John Truschel is also a popular instructor in Gordon’s undergraduate and graduate finance programs, in which he has taught for several years.

“This is a critical time for Christian higher education in general and a pivotal point for Gordon, as with any challenge comes great opportunity,” says Truschel. “I believe Gordon’s future will be bright, but it will require plenty of hard work, creativity, wisdom and courage. I very much look forward to playing a role in shaping that future.”

The Truschels are proud parents of three adult children, including daughter Amy who earned an undergraduate and is working toward a graduate degree at Gordon. Truschel is a ruling elder at First Presbyterian Church of the North Shore, where the Truschels have been actively involved for two decades.