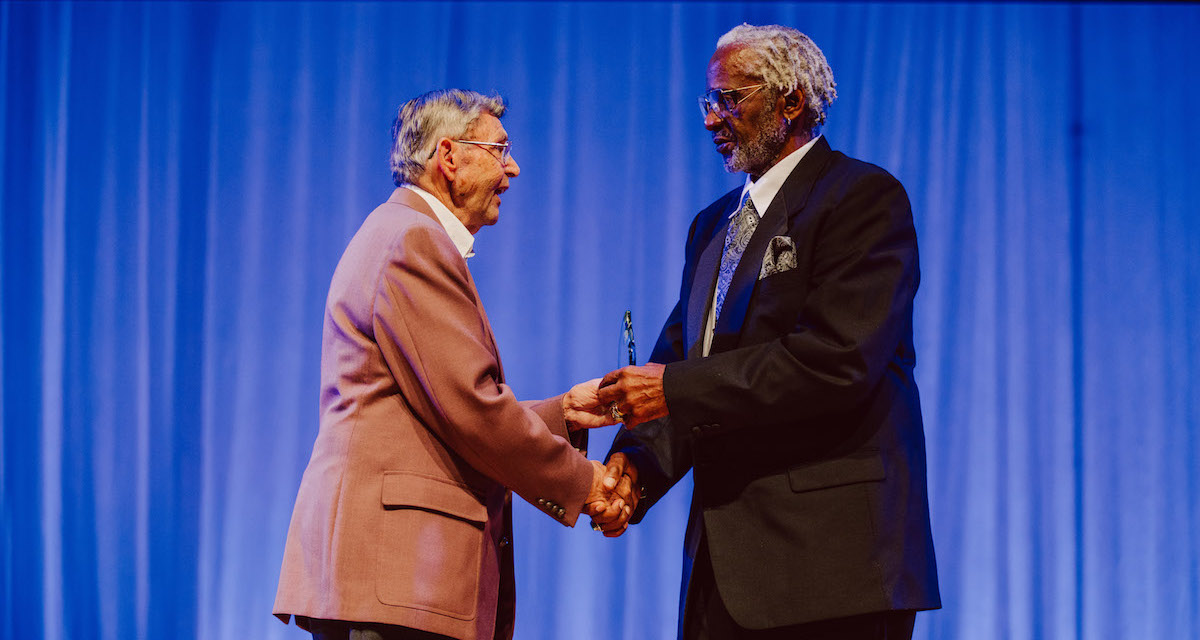 A version of this article appears in the spring 2019 issue of STILLPOINT magazine under the title “Vocation as: Resilience.”

Wallace (Wally) King ’71B was a basketball star at Barrington College. The nationally ranked Gordon Athletics Hall of Honor inductee was the lead scorer in each of his four years, totaling at 1,895 points. But King didn’t anticipate that a strange overlap of “courts”—that of basketball and that of law—would play major, intertwining roles in his long, varied and often dangerous career.

A member of the basketball ministry Venture For Victory during the summer of 1970, King traveled to Latin America to share the gospel through Bible schools, radio stations and games. His teammates were future national college basketball champions and his coach was a former NBA player, but witnessing life in locations where visits required a prerequisite of 11 vaccinations was far more remarkable than stardom.

“When I compared my life at 22 years old and I realized that I was blessed because I could turn on water in my house and drink it without getting sick, and had food on the table and was never hungry, and had clothes on my back,” he says, “this opened my eyes and I began to see life from a different perspective that humbled me greatly.”

It was a bittersweet lesson for King, who was raised by his mother and aunt. Because they had limited education, King says, they struggled to put food on the table and clothes on his back but always found a way. The contrasting realities in Latin America made him even more appreciative of his humble upbringing. “I was never the same after that trip,” he says.

After graduating from Barrington with a degree in social services and a minor in biblical studies, King taught physical education and coached basketball at St. Andrew’s School in Barrington, RI, and then directed the YMCA in his hometown of Roxbury, MA. He sought to serve others wherever God led him, even if it meant risking his life.

One of his jobs was a groundbreaking effort as a parole officer at the Roxbury halfway house Project Overcome, where a majority of his cases were from the maximum-security prison at Walpole State Prison. It was one of the first locations to pilot the program, and the trial and error had high stakes. Instead of sending inmates eligible for parole onto the streets, the program helped individuals incarcerated for violent crimes transition back into their communities through a pre-release center. Ninety-five percent of the people he helped had been accused of murder, rape and robbery—many were career criminals, having served many years in prison.

“Sometimes it worked out well and they did make some adjustments, but then recidivism reared its ugly head and they wound up getting back in,” he says. “I had some hair-raising adventures doing that work.”

The hair-raising adventures did not deter King from hairy work, though. He went on to become a police officer for the City of Baltimore, and served as a police officer at University of Maryland investigating sexual assault cases and leading assault prevention training.

Now retired from 44 years of public service work, King begins each day praying and journaling, and gratefully remembers his lessons from the courts and the lessons imparted from the two women who raised him: “Whatever your position or profession you are in life, be good at it. It is not what you do, it’s how you do it.”