Megan Sideropoulos ’15: From Student to Stage

As proud as I was to be an art major in college, the familiar question, “So…what are you going to do with that?” never ceased to be frustrating. The asker was typically walking a thin line between respecting me for following my dreams, and thinking I was crazy for not majoring in business. It’s a question any type of art student has likely encountered, which is why I wanted to sit down with Megan Sideropoulos ’15 to share what she is up to after graduating with her theatre arts degree.

First, let’s back up a bit. When Megan began looking at colleges, she considered a pretty wide range. She originally thought she wanted to go to a conservatory, but in the end, it was Gordon that hooked her. Fast-forward to barely a year after her graduation, and Megan has already completed her first professional show in New York City. Embodi(ED) revolved around eating disorders, with the goal of bringing awareness and healing to the difficult topic. It was a devised piece, which means the cast and director worked together to create the script and choreography. Embodi(ED) received overwhelmingly positive feedback from its sold-out audiences at the HERE Center for the Arts in Soho in February. 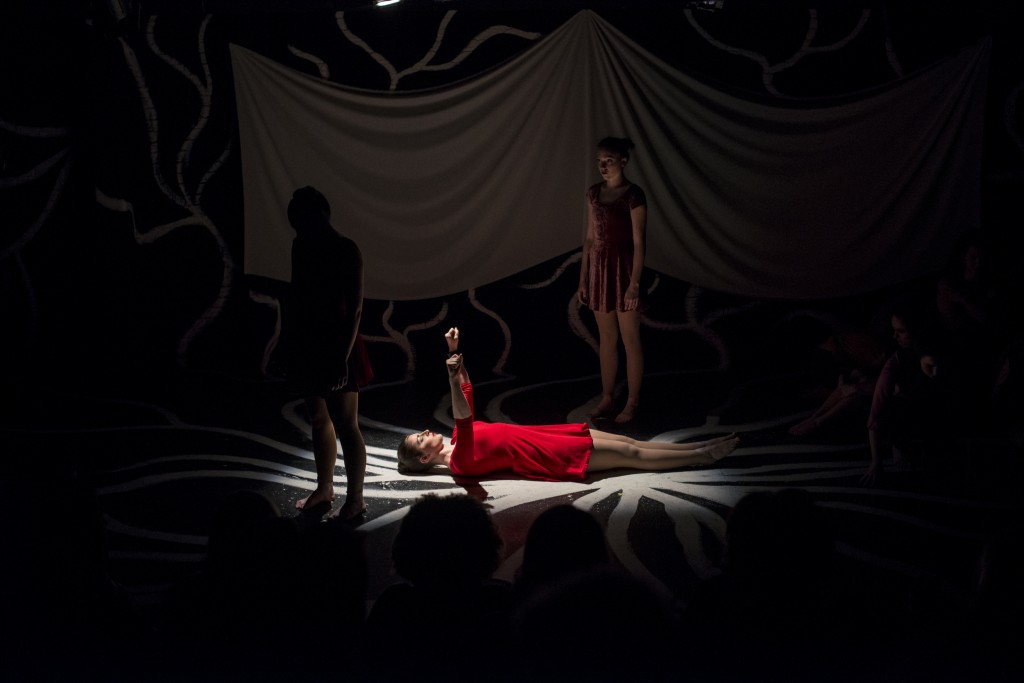 So what is the process of coming from a small school like Gordon, and moving to the professional stage? According to Megan, it was a smooth transition. “Gordon really emphasizes professionalism. I remember being so nervous going to the audition, and then realizing how over-prepared I was compared to other people. There were so many people auditioning, and they only offered a role to twelve of us,” she says.

Gordon’s Theatre Arts Department is unique in that students receive intensive hands-on training; they are given the opportunity to do everything from building the set to lighting design, acting and even directing. According to Megan, “the students run everything, and I don’t think I would be as confident if I hadn’t had the opportunity to do that.”

Luke Miller ’14, who worked as head carpenter for Gordon’s Theatre Arts Department and acted alongside Megan, confirms the value in learning all aspects of the craft. “Megan embodies the Gordon theatre program by being fully committed to a production while maintaining a high level of professionalism that contributes positively to the end goal,” he says. “In order to be a good actor you need to be a good tech person, and vice versa. This rule applies to all of theatre, including directing and stage management.”

While rehearsals for Embodi(ED) were in full swing, Megan concurrently  returned to her roots to choreograph Gordon’s production of Urinetown. “The advice I would have for current students is: Get out of your own way,” she exhorts. “There is so much self-doubt, but now that I’m in the professional world, I’m blown away by how talented my classmates were and are. You could pick a Gordon grad out of a group of people applying for a job.”

Thais Ziegenhals ’14 is a senior admissions officer at Gordon College. As a Gordon student she studied graphic design and English.