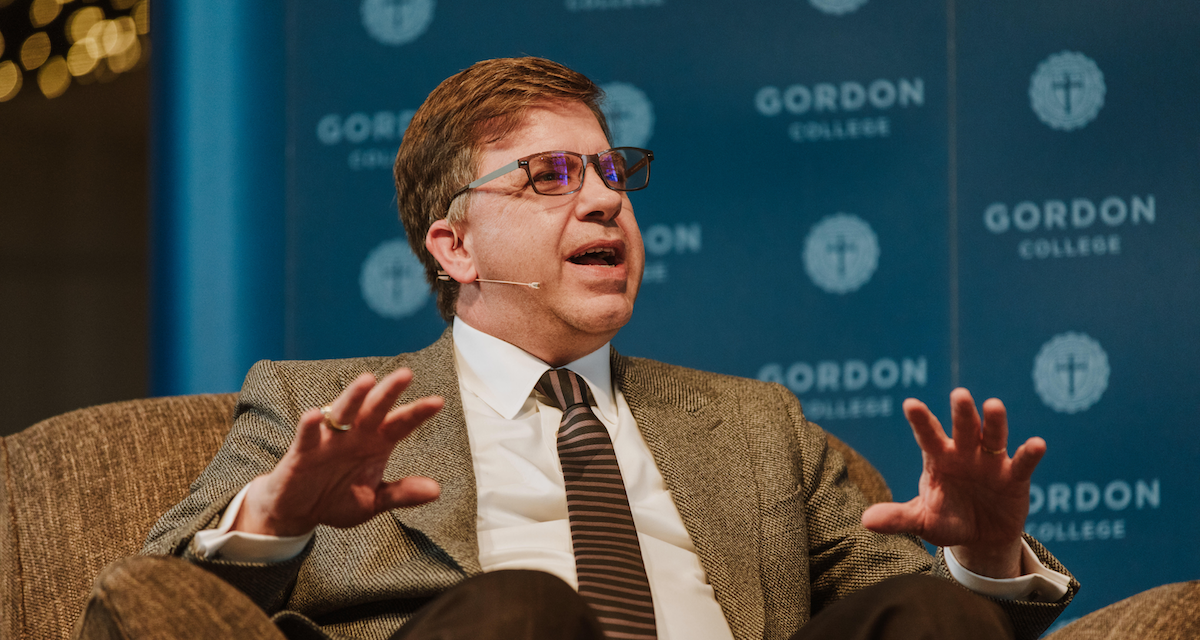 U.S. Ambassador Gives Gordon an Inside Look at Modern-day Diplomacy

Posted on December 5, 2017 by collegecomm

Todd C. Chapman is a U.S. diplomat who also happens to watch Madame Secretary (CBS’ political drama following a fictional secretary of state). His TV interests, the Bible, a knowledge of current events and a little curiosity provided enough common ground for the Gordon community to engage in a “Conversations with the President” event during Honors at Gordon Day last Friday.

According to Chapman, the U.S. ambassador to Ecuador, real international diplomacy works a little differently than it does on Madame Secretary.

He explained, “What’s very accurate [about Madame Secretary’s portrayal] is that something will happen immediately that we have had no way to prepare for. What is completely inaccurate is that we do not have the luxury to deal with one issue at a time. There are so many things going on in the world.”

And, since he joined the State Department in 1990, a lot has changed. Chapman pointed out that today’s security threats are unprecedented.

Now, in the midst of such security threats, the State Department is having to look for points of contact with other cultures to a much greater degree than before. The purpose of international diplomacy, Chapman said, is not to promote some idea of American exceptionalism, but to establish mutuality between two nations by reaching agreements that benefit the interests of each.

And this purpose lends itself to everyone—whether they are aspiring diplomats, politicians or, simply, global citizens. To each, Chapman’s advice was to take the time to learn a language, communicate well and “have a contagious and infectious interest in other people.”

“You must learn to penetrate the superficiality of the situation,” he said, “and ask good questions.”

← ‘Blood and Gifts’ Review: An Exploration of People at War
Winter Festivities Highlight Christmas at Gordon →