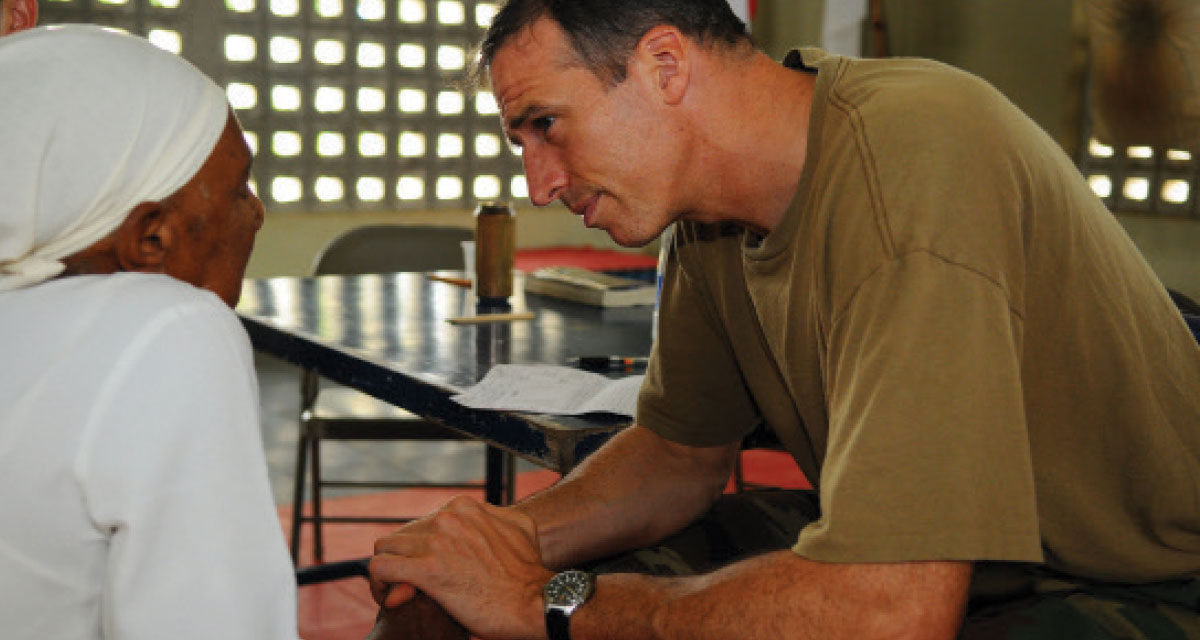 Nathan Uebelhoer had been serving the U.S. Navy Medical Corps for nearly a decade when U.S. forces entered Afghanistan in 2001. Stateside military hospitals began receiving a steady stream of wounded soldiers, transferred from field hospitals for treatment of serious burns and scars from crude but enormously destructive
improvised explosive devices (IEDs). When the U.S. entered Iraq two years later, soldiers from that conflict joined the stream. “God put me right in the middle of one of the largest of these hospitals, the Naval Medical Center in San Diego, California,” he says. “And then he put a laser in my hands that has helped improve the quality of life for hundreds of wounded warriors.”

That laser technology, fractional photothermolysis, was new when Nathan encountered it in 2004 during a medical fellowship in Boston to learn techniques for post-cancer facial reconstruction, augmentation and laser surgery. It was designed for cosmetic procedures, but he recognized its applicability to restorative work as well. Later, as the head of the dermatologic surgery division at the Naval Medical Center San Diego (NMCSD) he used fractional photothermolysis to repair damage done by IEDs and on the battlefield. Four years later, ablative fractional photothermolysis was developed, which utilizes a different, very specific portion of the light spectrum, and softens burn scars.

Advanced technologies and his surgical training have enabled Nathan to make a profound impact on a range of patients. In addition to treating U.S. military personnel, he has done medical work in two Asian nations, and four in South America—where, with no access to lasers, he used his surgical skills to remove malignant and disfiguring skin cancers from people who otherwise had little chance of seeing a dermatologic surgeon. He served with a Marine Corps helicopter detachment flying food and clean water to starving Haitians after three flooding storms hit that nation. He collaborates with military and civilian colleagues to “push the envelope of scar revision treatment,” and has lectured throughout the world about advances in the field. In 2011 he co-directed the NMCSD Scar Symposium, the first military multi-disciplinary symposium on blast- and burn-scar treatment with fractional ablative lasers.

Now retired from the Navy, Nathan continues his scar research out of San Diego, and routinely travels to Aroostock County, Maine, seeing patients who would otherwise have no local access to specialized care for anything from rashes to skin cancer. He lives in El Cajon, California, with his wife, Cynthia (Bauman) ’93, and their two young daughters; they are members of Shadow Mountain Community Church in San Diego.

Nathan notes that that wounded soldiers receive whatever care is necessary without having to get prior approval from private insurers. He hopes that insurers will begin to cover the laser technique that he and his colleagues pioneered, so that the treatment can be more widely available for civilians. “There are millions of Americans with burns that restrict their movement,” he says, “and the vast majority of them would benefit from this treatment.”