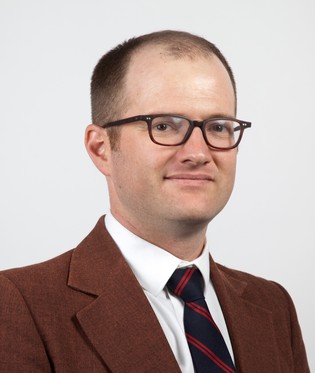 Psychological Bulletin, one of the most prestigious journals in the field and run by the American Psychological Association, just published a paper by Associate Professor of Psychology Dr. J. P. Gerber. The product of nine years of research, “A Social Comparison Theory Meta-Analysis 60+ Years On” offers insights into how people can be motivated to change based on how they compare themselves to others and also addresses current skepticism around the legitimacy of psychological research.

According to Gerber, “Psychology appears to have been in trouble. There have been some high-profile failures.” Because of the missteps of well-known figures like Diederik Stapel (the second most retracted author on retractionwatch.com) producing bad data, people have begun mistrusting all psychological findings. But, Gerber says, “Some psychological research is really amazing and very, very solid.” With co-authors Jerry Suls and Ladd Wheeler, two leading experts on social comparison, Gerber hopes this paper will help emphasize the value of meta-analysis in sorting out the true state of knowledge in psychology.

With the help of Gordon students over the years, including Michelle Lee ’13 and Mason Ostrowski ’14, Gerber reviewed 1,200 articles on the topic of social comparison—in other words, how we look at other people to figure out what we think about ourselves. He used this meta-analysis to draw new conclusions on the subject by uncovering where the majority of the studies agreed or disagreed. The validity of Gerber and his colleagues’ findings rests on their summarizing 60 years of research and putting their findings up against the most stringent tests for bad data. After their careful analysis and thorough proofing, many hypotheses from the original theory from 1954 stood firm.

What Gerber, Sulls and Wheeler found was that we are more likely to compare ourselves with individuals who are better than us, even when we’re feeling threatened. Yet, when we measure ourselves against people better than ourselves, we feel worse. This is called “contrast,” and it’s stronger for one’s view of their abilities than for one’s sense of self. But these effects can be increased or decreased. They found that comparing on novel dimensions or with people in the same room produces stronger contrast effects. Gerber and his colleagues also confirmed that if we first identify similarities with someone before we compare ourselves, the contrast effect could dissipate or reverse.

These findings are not just useful for psychologists; research on social comparison has implications for making public health messages more effective and even informing politicians in public policy.

← Avodah: A Thanksgiving Reflection
‘Blood and Gifts’ Review: An Exploration of People at War →
Loading Comments...