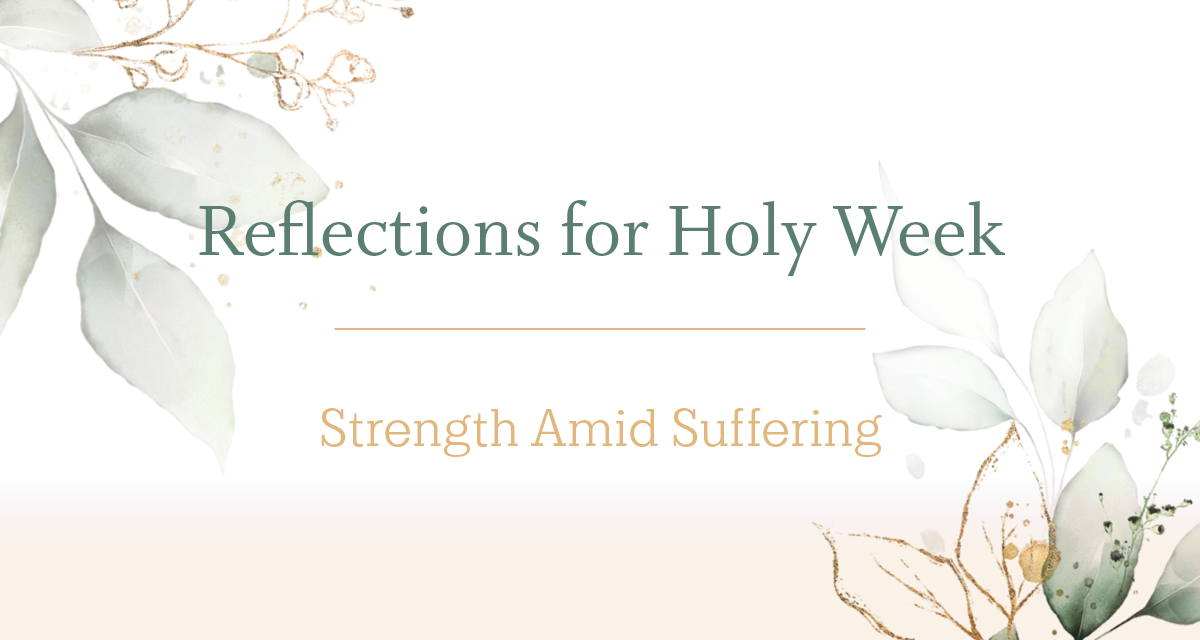 This reflection was originally published in the spring 2020 issue of STILLPOINT magazine: “Generation Gordon.”

In the days leading up to his crucifixion, Jesus experienced deep agony. Knowing that a death sentence awaited him, that he would bear the sins of the world on his shoulders, Jesus asked the Father if it was possible to change the plan. But even in his temptation, Jesus prayed that the Father’s will be done, and not his own. While praying, an angel appeared to Jesus and strengthened him so that he might not give in to temptation (Luke 22:39–44).

The Father did not change the plan or take the trial away from Jesus. Instead, the Father strengthened him amid his suffering. Likewise, the Christian life often is a difficult one. Every day we are buffeted by the temptation to abandon God’s plan for us. Maybe the challenges seem insurmountable or maybe we think we know better. However, like Jesus, we must understand that we can overcome the temptations that reside in the principalities and powers of this world.

When we face trials or doubts or discouraging days, let us pray to our Father who strengthens us so that we will not give into temptation. Surely, “He who did not spare his own Son, but gave him up for us all—how will he not also, along with him, graciously give us all things?”—including strength to overcome temptation and to press on (Romans 8:32).

← Making the Most of Increased Family Time With Young Children
Reflections for Holy Week: The Kneeling King →