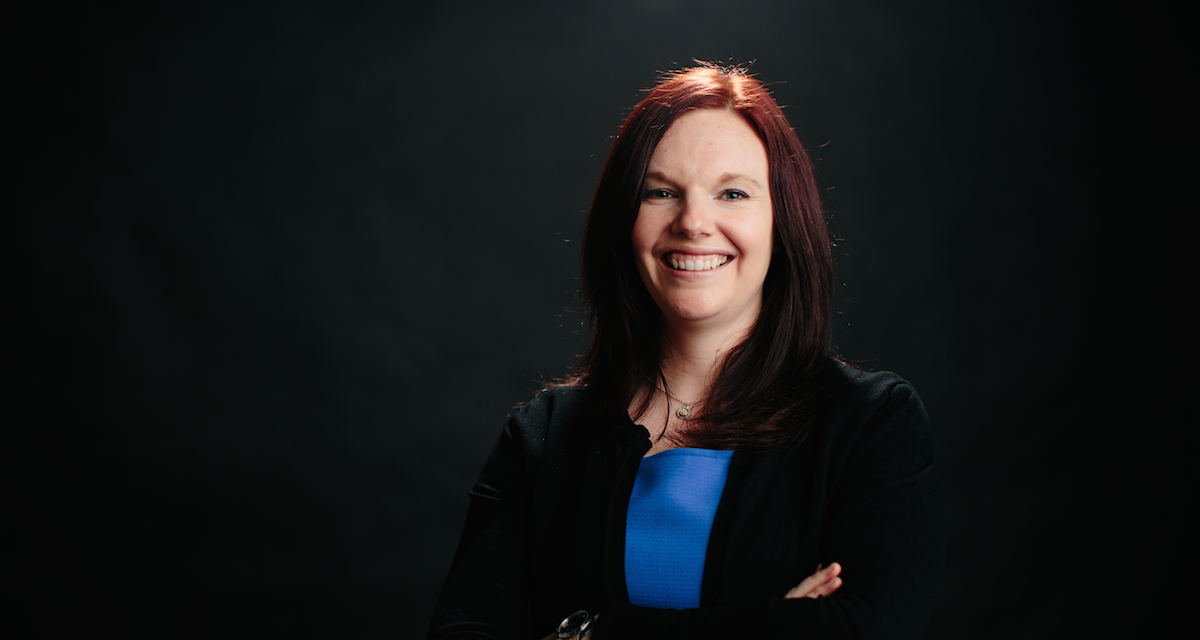 Posted on October 5, 2016 by collegecomm

“When you get an email from one of the major theologians of our time, you kind of pay attention,” Assistant Professor of Theology Amy Hughes said with a laugh. For Hughes, an email from Miroslav Volf meant an invitation to present a paper and participate in a discussion on the “Future of Theology” at the Yale Center for Faith and Culture. This was the first consultation on the topic in a larger project on various facets of theology, funded by the Templeton Foundation.

Hughes was one of two theologians (along with Volf) in a small group of scholars who spent 36 hours at Yale last February “to consult on the role of the so-called descriptive or historical disciplines within theological discourse,” she said. The group considered a proposal formed by Volf and Associate Research Scholar Matt Croasmun about their roles in the current state of theology.

“There was a sense of urgency and import to it,” Hughes said. “I really think that we’re in an amazing time right now of working through theology becoming relevant again.”

Behind closed doors, the group of scholars sat around a table to discuss the future of theology. Hailing from various backgrounds in historical disciplines, the scholars questioned how their respective fields contribute to the discipline of theology. Volf, the Henry B. Wright Professor of Systematic Theology at Yale and Founding Director of the Yale Center for Faith & Culture, hosted the group, which included Gordon alumna Laura Carlson ’08, who is pursuing a Ph.D. in Hebrew Bible/Old Testament Studies at Yale. Hughes offered her perspectives as a historical theologian, especially pertaining to the patristics.

“The people who have gone before us are not just interesting historical artifacts; they’re actually people who contribute because of the communion of saints,” she said. “They contribute to our conversation today.”

Hughes also presented the group with a definition of theology, which was well-received: “Theology is the church in discourse with God, loving and being lovingly transformed with itself being reconciled, reconciling at the table, and with the world, loving, reconciling and making peace.”

This is the working definition of theology that Hughes uses in the courses she teaches at Gordon. It’s not simply “the study of God,” she says. In considering how theology can be relevant to modern culture, Hughes notes that her students are hungry for an understanding of theology that informs life outside of the classroom. Her classes frequently engage theological principles in world issues, such as immigration, race and gender.

“Theology is for humans,” Hughes said. “It’s for dialogue. It’s for the church. Its very orientation and end-goal—its telos—is for-ness. It’s for participation, for the flourishing of humans, underneath God’s reconciling love.”

The collected materials from the “Future of Theology” will be compiled in a larger manifesto, with a release date to be determined. Since the consultation, Hughes now plans to write a book on dialogic theology (and, as soon as she finds a word that rhymes with “theotokos,” a Hamilton-esque rap musical about the Council of Ephesus).

“These two days at Yale really solidified how I see myself as a theologian,” Hughes said. “We pushed each other for 36 hours to answer difficult questions, and I came out the other side a better theologian.”