When professors take off a semester for sabbatical, where exactly do they go? The beach? Disneyland? Here, four Gordon professors who were on sabbatical this past fall share the details of their time away. 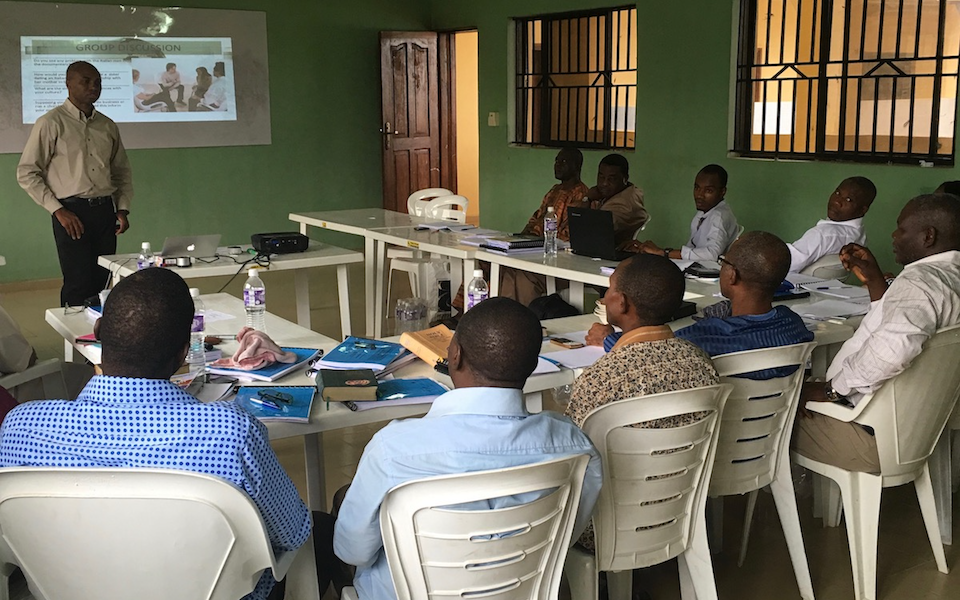 Dr. Dan Darko spent his sabbatical time writing a book—the working title being, Against Principalities and Powers: The Role of Spiritual Beings in Christian Identity and Community According to Ephesians. On track to publish by the end of 2017, Darko’s book examines how the worldview of early Christians understood the rule of spiritual beings and how that understanding informs our reading of Ephesians.

“For the project,” Darko says, “I did social, cultural and religious studies based on ancient texts and archeological evidence as well as an examination of the Greek text—essentially, looking deep into these primary texts to understand the world these early Christians lived in.”

Expressing the value of the sabbatical Darko said, “Writing the book was so intense… without sabbatical I wouldn’t be able to set aside that amount of sustained concentration. I need to block everything out and work on one thing.”

Darko also spent time working with students in Nigeria and Egypt, which he says gave him a unique perspective. “Some of the things that were talked about helped me to understand how… people in other countries see us at Christians,” he said. “It was so valuable to have that cultural discourse by having a sabbatical during election year.”

Darko’s book will be published by T & T Clark, and he will eventually use it as a text in his prison epistles course. 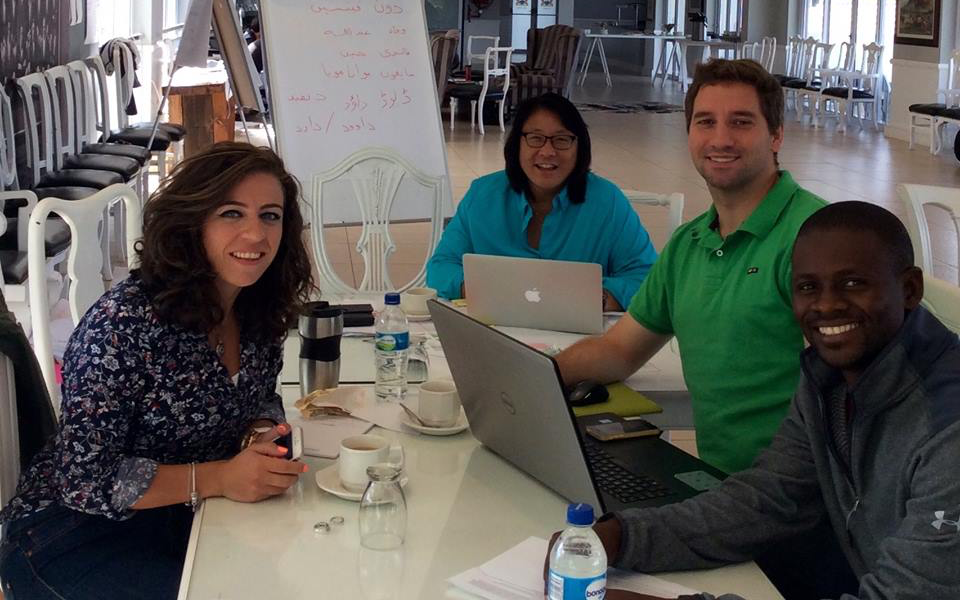 Dr. Valerie Gin was a co-leader for the Inaugural Global Congress on Sports and Christianity at York St. Johns University (U.K.) in August of 2016. “I am blessed to be counted among the Sport and Christianity Group, a small group of academics, theologians and coaches who penned the Declaration on Sport and the Christian Life, which affirms a Christian position on sport.”

Besides traveling to England, Gin made two trips to South Africa to lecture a module on sports ethics at the International Sport Leadership School, and collaborated on a global writing initiative with co-authors from 18 different countries. She also traveled stateside, working on several projects and attending book signings and discussions with Jo Kadlecek, co-author on her recent book, When Girls Became Lions. It was a joy, she said, to attend the Women Sports Foundation gala dinner, where she had the privilege of presenting books to award winners.

“Aside from travel and projects, it was a rejuvenating, restorative time for me,” Gin says. “I’m grateful to the College for the opportunity to carve out time to be still, to listen and learn and to serve the Kingdom through sport initiatives and collaborations.” 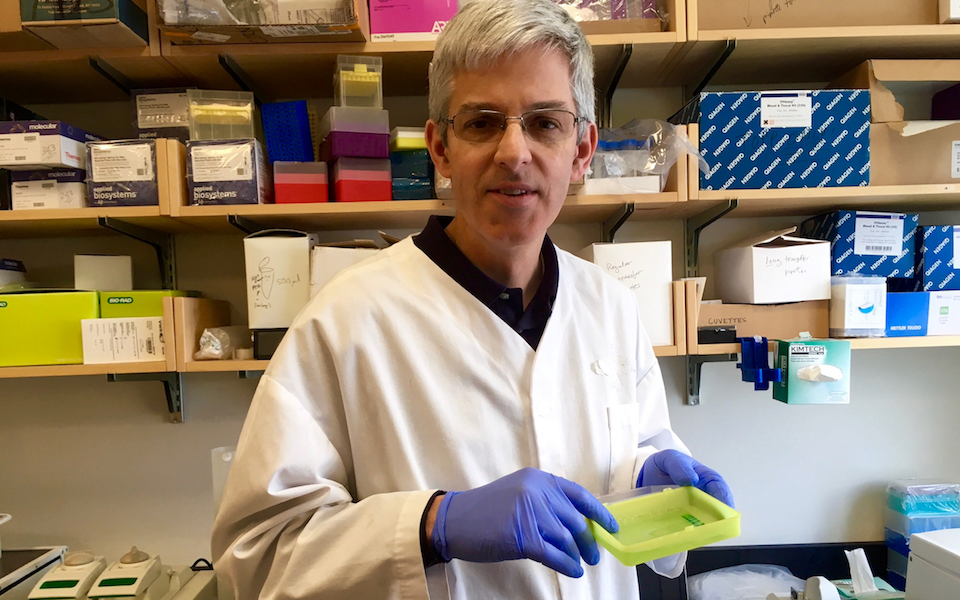 Dr. Craig Story’s sabbatical provided him with the opportunity to work in a hospital setting for the first time, at the Dana Farber Cancer Research Institute. He researched ways to cure pancreatic cancer in a lab mouse model. The work involved creating a new variation of an enzyme that can be used to join antibodies together with other protein molecules that can influence the immune system. This bacterial enzyme is then used as a tool for protein biochemistry.

Story also took part in Science for Seminaries, a dialogue on science, ethics and religion. “It’s kind of a big deal, and really fun,” he said. “There were presentations, small group discussions and one-on-one time.” The objective of the dialogue is for the teachings of science professors to be available to seminary professors for use in their curriculum.

But the Biologos Foundation workshop was the “big” event of Dr. Story’s sabbatical, he says. Biologos has a speaker’s bureau on their website where companies can request a speaker. After the attending the workshop, Dr. Story is now a member so he can be booked as a speaker for different events.

“The point of a sabbatical in the sciences,” Story says, “is to maintain the connection to the field we’re in.” With that in mind, he is currently implementing the procedures and information that he learned into the classroom. In his immunology lab, for examples, students will search for new and useful antibodies from alpacas—an extension of his mouse research. 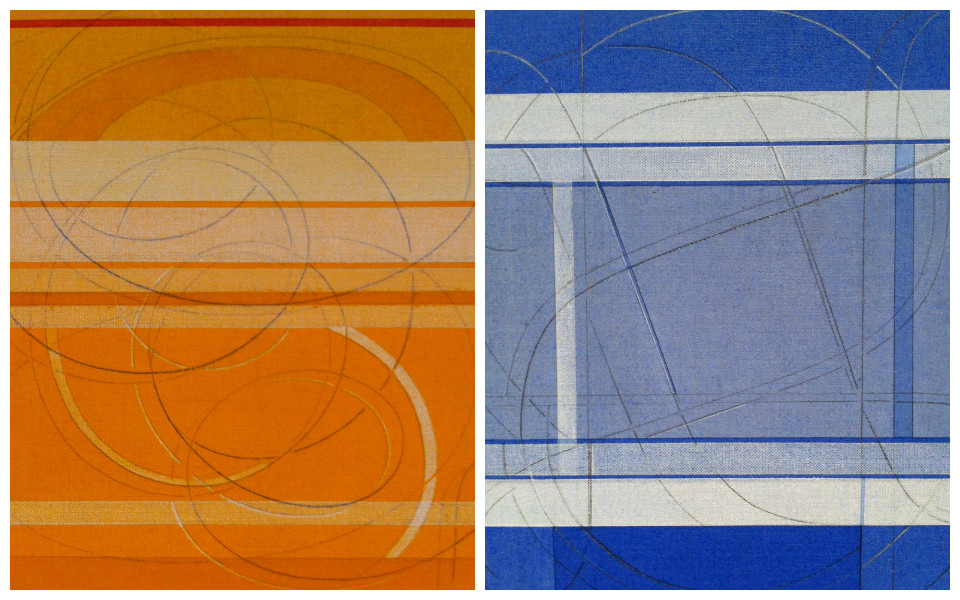 “It’s getting up every morning and knowing just what you’re going to do: the rhythm of each day is therefore synced by the work,” writes Jim Zingarelli. “The studio is humming: the work is taking on takes its cues from the beat and melody line of a Dexter Gordon ballad that’s playing while you layer a cadmium red light ground, well diluted with water so that the field of color saturates the linen completely: color is given substance, two become one.

“Another cup of coffee. Early in the process, it’s an assembly line of parts: stretcher strips mitered, linen cut to size and gessoed, and then the linen, stretched taut which receives a saturated color field making the object completely red or orange or blue. It’s even tempting to simply leave this ‘perfection’ of a pure color object and not take it any further. But there’s still so much yet to say. Horizontal bands of deeper and lighter values follow giving the work structured tempos, staccato to moderato followed by melodic embedded lines coursing and intersecting, a choreography of spatial shifts. This all takes time.

“All things opposite become gradations of the other: dark to light, ascent to descent, within/without. Here lies the complexities, the nuances, the root systems that feed one another. This new sabbatical series of 50 paintings (all still in process!) is entitled Every Other Line, because you can only see each line in relation to the other, in relation to the place of color too, and the unseen lines (implied in the space) gives sustenance to the neighbor who speeds and slows its way through the work. Music, ethics, narrative: they all play a role in this new body of work.”