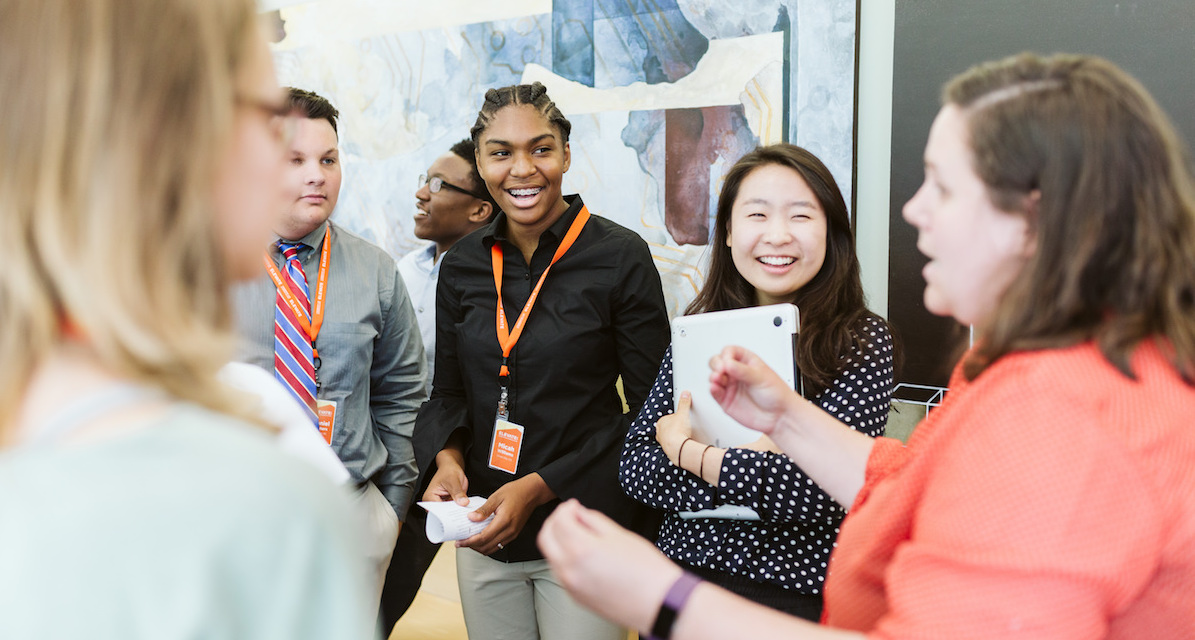 From the winding paths of Chebacco Woods to the sunlit A. J. Gordon Memorial Chapel, Gordon College boasts a wealth of picturesque locations and facilities. It is not only one of the charms that attracts prospective students, but also a highlight for visitors who use the campus over the summer months.

“Everyone loves coming to Gordon,” says Austin Hanlin, director of business development and scheduling. “It’s just so beautiful. They utilize the hiking trails and Gull pond and the quad. People love it.”

Despite most students being away, Gordon is no ghost town over the summer—40 different organizations and groups make use of the campus’s otherwise vacant facilities. Swarms of middle schoolers and high schoolers replace college students, and visitors from all over the country and world enjoy the picturesque surroundings that Gordon students have access to every day of the school year.

In addition to resident students attending summer courses and graduate programs, Gordon hosts programs such as La Vida Adventure Camp, Elevate, Equip and Compass. During June, July and August you can find participants navigating the ropes course, giving presentations in Ken Olsen Science Center or relaxing over a meal in Tupper Hall. While many attendees live within the North Shore region, Elevate, a program focused on developing the next generation of leaders, has welcomed high school juniors and seniors from as far away as China, Germany and the Bahamas.

Other visiting groups include Passport and Engage, two major youth ministry summer programs that each host between 400 and 500 students. In addition to Gordon’s own youth programs, these groups bring a fresh energy to campus with energetic activities and passionate worship sessions.

From beyond our nation’s borders, Education First, an international organization with language programs in 114 countries, will bring middle school students from China to take English as a second language classes at Gordon for six weeks this summer.

Some organizations have become returning visitors on campus each summer. Among them are the Northeast Montessori Institute, which in addition to a four-week program in June and July, returns throughout the school year for weekend workshops. The Gloucester Stage Company has also been a frequent user of Gordon’s black box theater (the Margaret Jensen Theater in Barrington Center for the Arts) for rehearsals, while they run shows simultaneously in their own space.

Though traveling a range of distances to be at Gordon and putting on a vibrant mix of programs, each program and group shares one or both key tenants of Gordon’s mission: to promote Christ and facilitate learning. By opening campus during the summer months, Gordon can bless its local and global partners and be blessed in return.

“We have beautiful resources that would lay vacant,” says Hanlin, “so I think it’s a good use of the resources that we’ve been given, in having this beautiful campus, that we are sharing them with other people.”

← Be courageous—the battle is won!: “Deepening the Faith” devotional 21
Making Stars for the Next Moon Landing →