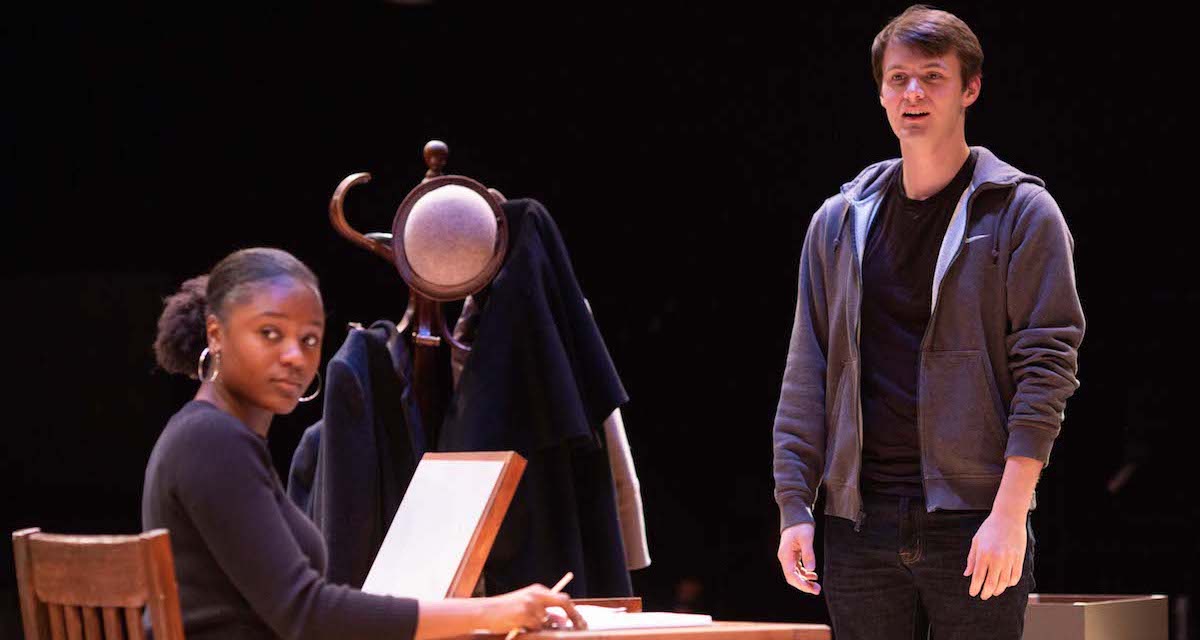 Posted on November 5, 2018 by collegecomm

The Gordon College Department of Theatre Arts presents its fall play, Silent Sky—the true story of Henrietta Leavitt, an early-1900s Harvard astronomer who fought to gain recognition for her groundbreaking discoveries. Written by acclaimed playwright Lauren Gundersen and first produced in 2011, this will be the first university production of Silent Sky in New England. The show is directed by Norman Jones and runs November 9–10 and 13–17.

Henrietta Leavitt was a vastly important but little-known scientist whose greatest contributions were dismissed until men claimed credit for them. At the time she was employed by the Harvard Observatory, women were not even allowed to use refractor telescopes and were instead relegated to painstakingly catalogue stars from photographic images on glass plates. Despite these limitations, Leavitt thrived in her position and ultimately discovered thousands of new stars, paved the way for future discoveries by scientists such as Edwin Hubble, and earned a reputation as “the most brilliant woman at Harvard.” Her tireless determination led to an entirely new and radical understanding of our universe.

Silent Sky is performed by five Gordon College students in the Margaret Jensen Theatre, a black box-style theatre that provides an intimate setting for connection between the actors and audience.