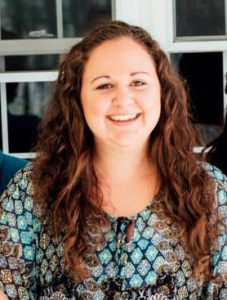 Psychology students Zoey Meyers-Jens ’15 (pictured right) and Taylor-Marie Funchion ’18 studied just that this year. They were granted the opportunity to work alongside Dr. J. P. Gerber (pictured above) and piggyback on his previous research about coolness and social consensus. Gerber’s social coolness experiment tested perceptions of coolness through a group of peers in a number of ways: how cool they think they are, how cool they think a peer is, and how cool they believe the group thinks that peer is.

This is complicated stuff. The technical facets have many aspects. Surely a nerd’s idea of cool is distinct to them. But a jock’s idea of cool suggests that nerds are lame. And there are countless references to what is “pop culture cool.” Nonetheless, Gerber didn’t want to know what they think. He wanted to find out how they think.

With Taylor-Marie’s help, Zoey conducted her own study on coolness. It served as an auxiliary experiment using the same model, but with a newer set of external stimuli: celebrities who are familiar to everyone. Her goal was to measure a group’s consensus opinion about each celebrity, in contrast with personal beliefs of individuals in that same group about the coolness of certain celebrities.

Zoey’s experiment spanned an entire semester. She spent one month executing the study, which involved 27 participants from first-year psychology classes, as well as students from Dr. Ted Hildebrandt’s Old and New Testament classes. Groups of participants were shown 12 slides, each displaying an image of a well-known celebrity—people like Kanye West, Taylor Swift, Jared Leto, Jennifer Lawrence and Meryl Streep. For each slide, they were asked to first rate how cool they personally feel the celebrity is, and second, to rate how cool they believed the group as a whole would rate each celebrity. Each rating was done on a seven-point scale, ranging from “very uncool” to “very cool.”

Her results, expressed technically, indicated that there is generally more stability for the perception of the group’s consensus on coolness—that is, the results indicated that more people agreed about a particular celebrity’s coolness when thinking in terms of the group’s belief. People were good at assessing what the group, as a whole, would think. Participants’ personal ratings of a celebrity’s coolness varied throughout the room in every case. One thing this suggests is that Gordon students are not reluctant to express an opinion that they think is probably different from their peers’. It also suggests that most people have a set of idiosyncratic criteria as well as commonly shared set of criteria for qualifiers of coolness.

“As individuals we recognize that we have our own personal views of cool, and recognize that others may not completely agree. But we also know that we know our audience well enough to use cool in such a way where there is a common sense of understanding,” says Zoey.

In the opinion of Dr. Gerber, “Coolness is an important part of social reality, and college students think in those terms—even at a Christian school. We aren’t just examining coolness but providing hard empirical data on social reality itself, something that sociological theorizing has conspicuously failed to do.”

Coolness isn’t all or nothing, it would seem. There are aspects of social reality that are idiosyncratic and others that are stable, or shared, and this discovery shows in both Zoey’s and Gerber’s results.

“Our hope is that we can continue on with this research topic and gather data to help us determine whether we can quantifiably study coolness and determine whether it can be measured or predicted,” says Zoey. If the opportunity presents itself she hopes to continue social perceptions research as a newly-grad and dig deeper into the science of social reality.

Zoey graduated this spring with a degree in psychology and will intern in Detroit this summer with a Christian community development organization, MACC Development. When she wasn’t researching coolness at Gordon, Zoey was involved in a number of extracurricular activities. She worked for two years in the Office of Community Engagement volunteering at Lynn’s New American Center. During her study abroad semester in Romania, she interned with New Horizons Foundation, a youth community development organization. The following summer, she participated as an A. J. Gordon Summer Missions Fellow in Niamey, Niger, interning with an art therapist for CURE Hospitals, and was a member of the Elijah Project during her senior year at Gordon.

There’s no doubt that Gordon has been a place for Zoey to stretch her mind to its limits and chart new intellectual territory. “I attempted to make the most of my college career. I took advantage of opportunities that were offered to me and continually put myself out there to search and take hold of other opportunities for things I wanted to learn or skills I wanted to gain,” she says.