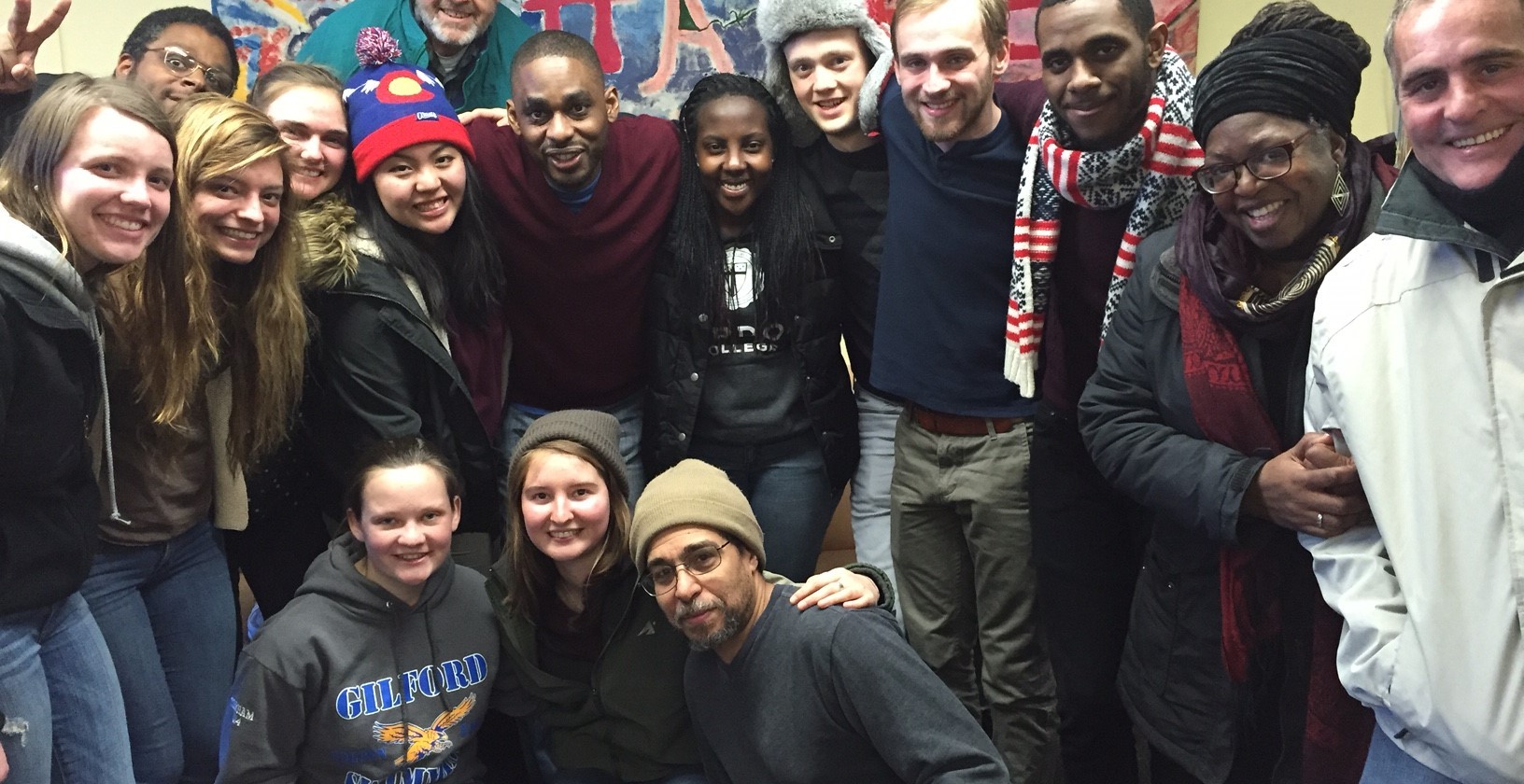 Each Winter, Summer and Spring Break the Chapel Office organizes various missions trips that travel internationally and domestically to serve and spread the word of God. This Spring Break included a new missions trip for students in Boston. A small group of students traveled down the road to engage in missional living and relationship building with neighbors in the city. The trip focused on homelessness and desired to show students the heart of Boston through its people.

While in Boston the group served at various homeless ministries and urban development programs including Starlight Ministries, Eagle’s Nest Learning Center and Christ the Rock Church in Dorchester. They also spent time serving and conversing with people on the street.

Highlights of the trip included an encounter with Matthew, a man who has been homeless in Boston for ten years. “He helped us to see [the issue of homelessness] from the other side of the lens,” says student leader Christina Waller ’16. “Matthew challenged us to ask a variety of questions about the church and the effort they are making to minister to the homeless.”

Another student reflected on the week via Facebook. “This week has been life changing,” said the student. “I was able to witness Kingdom workers faithfully serving God—both people that are homeless and those with homes. We are all one under God’s family. He is doing amazing things in our city of Boston!”

The trip was led by Waller, Alex Saintcyr ’17 and advisors Bil and Paulea Mooney-McCoy and was considered a success by all involved. “Creating this trip felt like one large experiment,” says Waller. “I had no idea how it was going to turn out. I just prayed and hoped God would work—He absolutely did.”

High hopes are also on the horizon for two new missions trips this summer, one to Poland and the other to Sri Lanka. The Poland trip will serve at Josiah Venture and participate in a week-long English camp. Similarly, the Sri Lanka trip will serve at Ape Kedalla and Kithu Sevana Ministries in Madampe where they will work with 70 children.