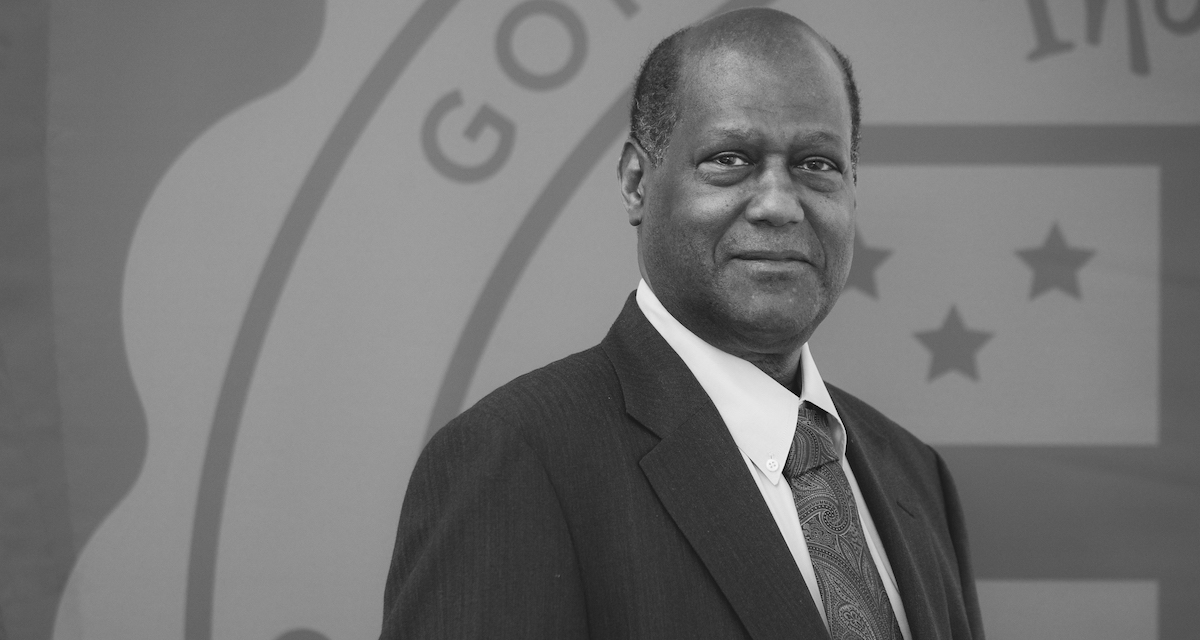 The Hard Work of Choosing Forgiveness Over Hatred

In celebration of Martin Luther King Jr. Day, The Bell interviewed the Honorable Herman J. Smith Jr. ’70, a Gordon graduate, donor and chair of Gordon’s Board of Trustees who served as an associate justice for the Boston Superior Court of Massachusetts for almost two decades and as a law professor for Boston University’s School of Law for over a decade. His course on Race Conscious Remedies has helped hundreds of law students think through lasting ways to make our legal and judiciary systems more equitable. This is his story.

The first time Herman Smith stepped inside a courtroom it wasn’t as a judge; it was as a victim of a crime. In the 60s when he was 16 years old, he worked as a bike messenger for Western Union, hand delivering messages across South Boston. One day on a delivery run he was ambushed by three white teenagers. They slit his throat with a knife and left him in the street to die. By some miracle, the blade had missed his jugular, but he lost a lot of blood. “There were no cell phones mind you, so I got back on my bike and rode to a city hospital. Somehow, I knew how to get there and I don’t know why to this day.” He made it to the ER in time. The doctors stopped the bleeding and saved his life.

Later, when he and his parents filed a complaint with the police, the only detail Smith could remember about his white assailants was their gold-painted car. As it turned out, there was only one car that matched his description in all of South Boston, so it was easy for the police to track down the driver. But when they did, Smith couldn’t identify him.

In 2021, psychologists have thoroughly proven how unreliable eyewitness identification is. It’s the leading factor in wrongful convictions. However, that was standard procedure in the 60s. And the truth was Smith didn’t recognize the driver of the gold-painted car. He wanted justice, but not at the cost of putting an innocent man in prison.

Because there wasn’t enough evidence, Smith’s case was dismissed. He never saw the driver or his gold-painted car again. Still, Smith lived with the residual anger and psychological pain for decades.

The judiciary system didn’t give Smith the justice he so desperately wanted, so healing had to come from somewhere else. It came not from justice, but from a long, arduous journey to forgiveness, which began in the car on the way home from the court hearing.

“We were driving home. I was glum, gritting my teeth I was so angry,” remembers Smith. “And my father says, ‘Son, don’t hate. I know what they did to you was wrong, but don’t hate them. Hatred will work against you. We are Christians, and we are commanded to find a way to forgive.’ That didn’t happen right away, but I never forgot that piece of advice from my father.”

Those words were very powerful coming from his father. Surely, Herman Smith Sr. would have to be an expert in forgiveness to grow up in Louisiana under Jim Crow, join the first cohort of Black marines during WWII, hear the stories of aunts and uncles who’d been born into slavery and live with the knowledge that three white teenagers tried to kill his son—and not carry any bitterness in his heart. “My father was not a bitter man,” says Smith. “And he went through things I never went through. He knew that if he looked the wrong way at a white woman he might get hung or beaten up. He had all sorts of reasons to hate, but he did not.”

But not everyone is as forgiving as Herman Smith Sr., so they have to go through the exercise of putting their prejudices aside to create a healthy environment for justice. That’s the point of having a jury system after all, Smith points out. Lawyers and witnesses might tell fibs, but it’s up the jury to get to the truth.

Smith has a lot of faith in the jury. In his 20 years as a trial judge, he never once overturned a jury’s verdict because of inherent bias or unfounded speculation. “In court, we’re called to judge only the facts. You reach a verdict on the basis of evidence, not bias,” explains Smith. “I witnessed time and time again how jurors decided the case before them on the evidence and the law. It was clear to me that they debated among themselves the issues of credibility of the witnesses, the weight to give to any evidence, what reasonable inferences the evidence could bear and what the final facts were.”

Smith’s jurors weren’t exceptionally righteous or self-aware. They were simply taught to acknowledge that their power and influence, in a particular case, could really hurt or harm someone. And they didn’t reach a verdict on their own either. Their biases were tested by a diverse set of others—each committed to finding the truth together.

As someone who has a unique vantage point of being a victim of a terrible crime, a longtime keeper of the law and as a Christian who has sought to advance justice in a broken and secular system, Smith has one piece of advice for all of us when it comes to seeking justice.

He says, “My advice is: Don’t begin from a place of bias. For example, there’s a narrative that begins with a bias that all police are racist. It’s not true. What is true is that we all are sinners, dead in our trespasses and children of wrath but for the saving work of Christ. As Christians, we are called to be a new people. Neither slave nor free. We are one in Christ. This should be our default. Christ says to love one another as I have loved you, which is sacrificial love. As Christians, we are called to do what Jesus did on the cross. ‘Lord, forgive them for they know not what they do.’ None of the people who hung Jesus on the cross were asking forgiveness for what they did. And yet Jesus asked God to forgive them.”