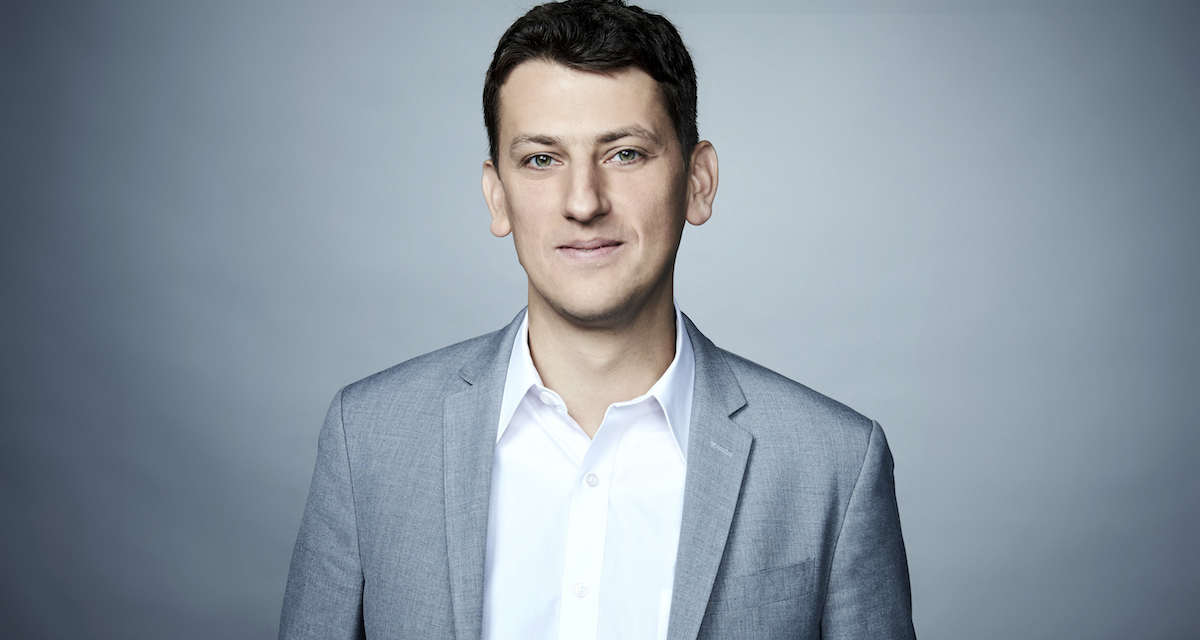 It was a perfect sunny day in Iowa when the rush of wind from Donald Trump’s landing helicopter blew off Thomas Lake’s straw hat. The 2001 Gordon alumnus was onsite at Trump’s rally, conducting research for his new book, Unprecedented: The Election That Changed Everything, to be released in hard copy on December 6 and currently available on CNN’s website.

Needless to say, the helicopter incident was not the first nor the last time that the 2016 presidential candidates would blow Lake away.

On November 10, Lake, a CNN Politics enterprise writer, put the finishing touches on the book that he’d spent over a year writing, including months on the road for rallies, caucuses and debates on the campaign trail as he followed the 2016 presidential race.

He appeared on CNN Newsroom on November 20 to discuss the election and his book, which Amazon lists as “#1 New Release in United States National Government.”

Lake, who most recently enjoyed a successful tenure as a feature writer at Sports Illustrated, was hired by CNN specifically for this project in June of 2015. Though he’d never written on politics before, Lake said, the editors liked the idea of his fresh perspective on the “political circus” and his track record for telling a good story.

“First and foremost, we wanted to tell a story that people would want to read about: one of the wildest, most surprising elections in American history,” Lake said. He and the editorial team took a step back and saw the book as an opportunity to take a snapshot of the country: “What is America in 2016?”

By chronicling observations and interviews, Lake intelligently synthesized the flurry of events surrounding the 2016 presidential race. He vividly and objectively captured the dynamics and the significance of each moment, giving insight into the many candidates’ minds.

“There are moments that resonated with me as a person, and many of those make their way into the book because I hope they would resonate with readers in the same way,” he said. “The goal is to render that human experience in sense, to make readers feel the same feeling.”

“The meaning of that sound had changed dramatically in fifteen years,” Lake wrote, going on to describe the speech President George W. Bush gave to the rescue workers at the site where the World Trade Center stood just days earlier:

On September 14, 2001, President George W. Bush stood on a crumpled fire truck in the wreckage of the World Trade Center, addressing rescue workers through a bullhorn.

“We can’t hear you,” someone yelled. The firefighters were exhausted. They’d been inhaling toxic dust all day. They had lost 343 comrades when the twin towers fell, including the driver of the truck on which the president stood, and they were losing hope that anyone else would be found alive.

This would prove to be the high point of Bush’s presidency. … Now the rescuers could hear him, and they loved what they heard. They chanted: U-S-A! U-S-A! U-S-A!

The whole nation might as well have been chanting with them.

In simply telling a story, Lake set a vivid and vital backdrop for the political events of this race, packed with significance and implication.

“Our goal from the beginning was to lay out the facts,” Lake said, “to lay out the story in a way that feels true to as many people as possible, whether you’re on the right, on the left or in the middle.”

Unprecedented: The Election That Changed Everything is available to read on CNN’s website, and for pre-order on Amazon. It will be available for purchase in bookstores on December 6.